Bites and stings in the mountains, how to behave 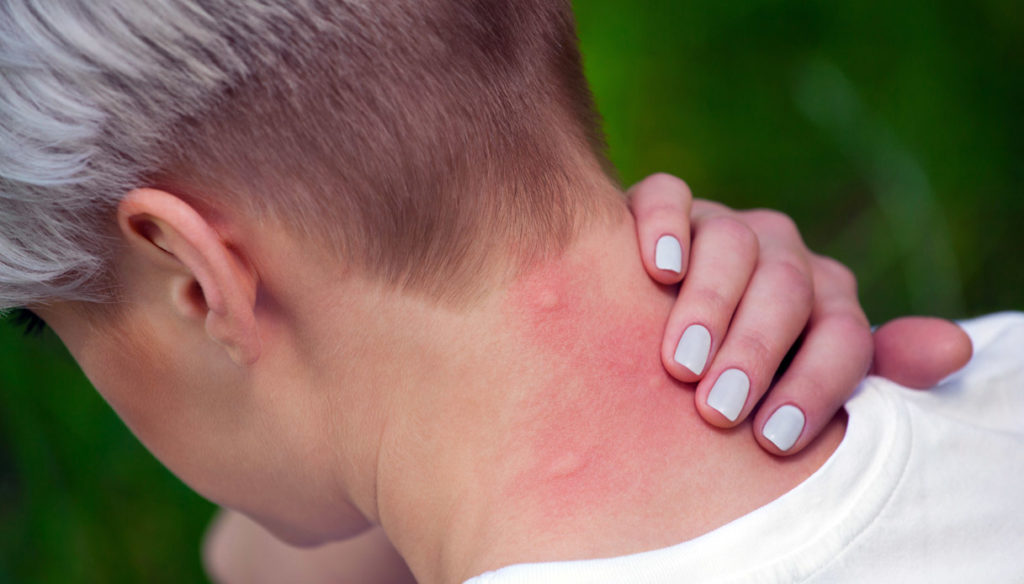 Horseflies, spiders, ants, flies and vipers: how to protect yourself and what to do if you get stung or bitten

For those who are on vacation and also for those who leave the city for a trip out of town, there are small / large dangers that must be known and should not be underestimated. Sometimes, however, the enemies are less known, from ants to horseflies and flies, not to mention spiders (but also wasps and hornets, see the video above). But they can leave the tangible sign of the encounter with our skin.

It seems impossible, but flies can also "bite" the human being. Do you want an example? Think of the Stomoxis Calcitrans, which is perhaps better known as a horse fly than its scientific name. The animal normally attacks only horses, cows or the like, but sometimes it can also annoy the human being. She has a mouth that allows her to "sting" and suck blood, with obvious annoyances. But there is another problem that should not be underestimated.

Furthermore, all flies can transmit infections. In fact, every time they eat, these insects regurgitate a part of the previous meal. And if these "remains", in which germs of different types may be present, are deposited on food, they can also transmit infections to the unsuspecting who are at the table. For this reason it is necessary to pay attention not only to the rare "encounters" directed with the skin, but also and above all to the foods that are placed on the table for a picnic.

In terms of "flying" enemies, horseflies must not be underestimated: the danger is above all for those who have decided to spend a few hours in the countryside, pricking causing severe pain with swelling localized in the injured part. To reduce discomfort it is necessary to apply ice followed by antihistamine ointment on the skin. If there are no particular problems, the wheals should reduce itself in two to three hours.

Among the close encounters to be avoided there are also those with some types of ants that can be found in meadows and woods. In fact, ants, almost always black ants, can gather near tree trunks, ready to line up for a few crumbs of bread. Or of another color, such as the red ant of the woods lives instead near the coniferous trunks, such as firs or larches. Even some of them can sting us, releasing a particular substance, formic acid.

Normally this puncture does not create any problems, but sometimes gives rise to an intense inflammatory reaction. A red blot is the signal of the puncture and must be eliminated by applying an ice cube on the affected part (in this way the inflammation is reduced) or possibly a soothing ointment. Finally, in the woods and on meadows do not forget the danger of horseflies: pricking they cause severe pain with swelling localized in the injured part. To reduce the discomfort it is necessary to apply ice followed by antihistamine ointment on the skin. If there are no particular problems, the wheals should reduce itself in two to three hours.

From spiders to viper

Keep calm. On trips in the countryside and in the mountains, meeting spiders that create serious health problems is really difficult. The outcome of their bites is almost always represented by apparently inexplicable small reddened wheals. There is no need to worry too much. In Italy there are only a few species of poisonous spiders and their bite is not very frequent: this is the case, for example, of the violin spider, the tarantula, the yellow-sacked spider or the badass. However, such a close encounter is rare.

Much more likely, especially in the most adventurous holidays and in mountain huts, it is finding oneself to reckon especially at night with domestic or similar spiders, harmless but able to create small skin problems, especially in children. The signs and symptoms are very precise: the area where the bite occurred is red and more or less swollen. In addition to applying an ice cube or cotton soaked in cold water, you can rely on self-medication, which can be applied locally or be taken generally when the "sign" is associated with severe itching.

In general, after a very short time, thanks to these simple remedies, the situation corrects itself and the skin overcomes the itching and inflammation caused by the harmful substances. Be careful though: if a purple spot forms or the wound does not heal, it is best to talk to your doctor about it, to think about targeted treatments.

Much more worrying, albeit rare, is the viper bite which induces immediate swelling and the skin tends to become bluish. Only later do heartbeats, dizziness and a severe headache appear. Rescue should be called immediately and the victim should not be moved, blocking the flow of blood from the affected part to the heart with a snare. In fact, doing so reduces the amount of poison that enters the bloodstream and spreads to the body. Then you need to transport the bitten person to the nearest emergency room.