Blasi pink candy on the snow, Chiabotto bikini among the Masai: VIPs in relaxation 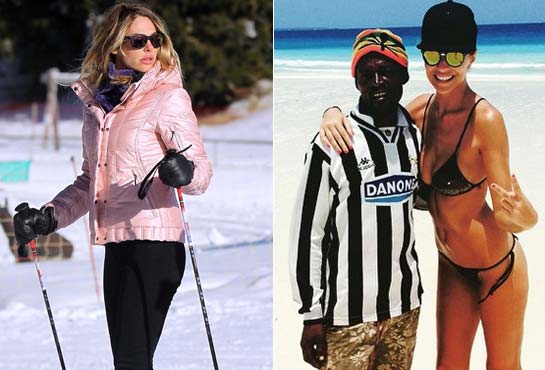 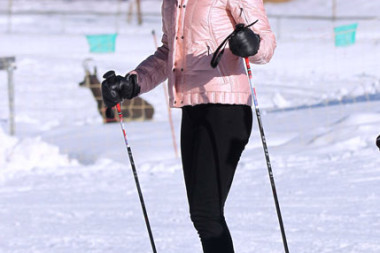 VIPs on a winter vacation

Not only in summer, the VIPs delight us even in winter with passionate kisses on the beach, sculpted or relaxed bodies, screaming bikinis or horror costumes, cuddling on the snow and tenderness in the cold.

Ilary Blasi enjoys the last snow on the slopes of Ortisei: pink down jacket (here are the trends for spring), black leggings and hair in the wind. It looks like a sweet candy. Cristina Chiabotto, on the other hand, preferred warm holidays to Zanzibar. Between white beaches and crystal clear sea, the former Miss Italy sports a bikini to scream.

Late winter beach holiday for supermodels and Miss. Alessia Tedeschi shows herself again in bikini after the terrible accident. The scar on the belly does not affect its beauty in the least. Bar Refaeli relaxes like a little mermaid in the waters of the tropics, while Elle Macpherson, The Body, at 51 years old sports a breathtaking body without a thread of cellulite. Better than a 20 year old. And Cristina Chiabotto is ready for the beach with her sun yellow cover-up.

Last April Drew Barrymore had the second child and now celebrates 40 years with a beach holiday and a selfie where he shows himself naturally. And wrinkles make their appearance. Martina Colombari instead prefers the mountains. Beautiful sun-kissed, it challenges the cold by throwing itself into the snow.

Elisabetta Gregoraci flew to Dubai with Nathan Falco. Briatore's wife enjoys playing with seals and dolphins. But she also finds time for a mischievous bikini shot where she sports a sculpted body.

After the disastrous evening at the Debutante Ball in Vienna and the risque accident, Elisabetta Canalis enjoys a bit of relaxation and gives fans a snapshot of her without makeup, with casual cover-up, while tanning in the sun. Alena Seredova, on the other hand, remains faithful to the mountains and snow. Here she is walking on a ski slope wearing an improbable sweatshirt with bunnies.

Tropical holidays for supermodel Miranda Kerr who, between yoga on the beach and breathtaking bikini, is photographed in a tender mommy version with Flynn, the son born from her marriage to Orlando Bloom.

While Italy is in the grip of freezing weather, Giorgia Surina takes an exotic vacation in anticipation of spring (here are some trendy models for the next season). The ex of Vaporidis documents her days of relaxation by posting on social photos that portray her in sensational bikinis. The actress sports a truly enviable physique and a toned B side. There is also a close-up shot where the beautiful Giorgia shows herself naturally, without a touch of makeup.

Alena Seredova, on the other hand, prefers winter landscapes and in order not to risk suffering from the cold, she is in a warm and tender outfit.

The tanned Valentino triumphs in terms of style in the winter snows, in one of the most sought after VIP locations. Without a trick of make-up and with a down jacket to shelter from the cold, the Brazilian model Gisel Bundchen is unrecognizable: would you have recognized in that face the top that made a generation fall in love?

Equally unrecognizable, complete with a balaclava, the pop star Madonna in the extremely rare interpretation of snow queen, a title that contends for the now iconic Kim Kardashian who at the airport has a white fur stole. It will be ecological, right?

Let's go back to our local stars. The bride Alessia Marcuzzi is spending the honeymoon. In the Caribbean, it would seem, perhaps in Belize, given the quote (Madonna's Isla Bonita). Actually, according to Chi, the chosen destination would be the Maldives, in the luxurious Four Seasons resort Landaa Giraavaru. Belen, on the other hand, is in Argentina with Santiago and Stefano, Elisabetta Canalis in the Bahamas with Brian Perri and her mother.

Like every year, Saint Barth was among the most besieged places by VIPs, first of all Heidi Klum. Hot holidays for the former Victoria's Secret angel and her boyfriend. And not only for the Caribbean location: Heidi and Vito Schnabel have not stopped pampering for a moment. Another couple seen on the shore is the one composed by the singer Lana Del Rey and the Italian boyfriend Francesco Carrozzini, while Rihanna preferred her Barbados.

As rumors circulate about D’Amico's suspicious tummy, Alena Seredova relaxes with her children in Colmar and enjoys posting photos as she exits the igloo and the snowy landscape. Many celebs have opted for warm holidays: Ana Laura Ribas who at 46 has a pretty good physique has flown to Brazil, like the top model Alessandra Ambrosio. The royal family of Holland is on vacation in Argentina, home of the sovereign Maxima.
Excessive thinness and micro bikinis were flaunted instead by Victoria Secret's angel, Martha Hunt.

Paola Perego flew to Frankfurt to enjoy the magical atmosphere of the Christmas holidays. Too bad for the cold temperatures that make her shiver. Luckily, the presenter wrapped up well with a wool hat and a warm down jacket (here are the trendy models for this winter).

Sun and sea for Victoria Silvstedt who, to the delight of fans, shares mischievous photos of her in micro-bikini and very short shorts on social networks. A hot destination also for the wag and model Alex Gerrard who relaxes on the beach in Dubai with an orange costume that enhances his sculpted physique.

Belen in love more than ever, overcoming the presumed crisis with Stefano, she allows herself a family vacation in the mountains between kisses, pampering in Santiago and breathtaking views.

Thrilling holiday (due to the cold) for Laura Torrisi who spent a few days in Merano with little Martina. Pieraccioni's ex, while waiting for the snow, relaxed in the spa with his "Pesciolina". Caterina Balivo chose the Brunico markets. Fully dressed with down jacket, maxi scarf and fur boots, she wanders among the stalls tasting delicious sweets.

Then there are those who preferred the heat like Anna Tatangelo and Elena Barolo, both of you fly to Miami. To the delight of the fans, the former vellum posted a real "photo shoot" that portrays her in a bikini in all sauces. The physique is enviable, but the bacon is there and it shows.

It is not a holiday like any other, but a real honeymoon between Max Biaggi and Eleonora Pedron who have decided to celebrate 10 years of love in the Maldives. Once the agreement is found, the passion burns between the two and they share it on social media. The Superbike rider posted an emotional kiss on the beach, commenting: "There are moments in life that give eternal emotions". The couple separated in April 2013 but after a few months of separate lives, they decided to get back together. And now they are united more than ever. Regaining serenity, the Pedron is in great shape and the black bikini enhances the sculptural physique.

Another sea, another beauty. Zoe Kravitz, daughter of Lenny Kravitz and Lisa Bonet, took the best of parents. It is beautiful in the waves in Miami. The 26 year old sports a toned body and the bikini is so micro that it touches the risque incident.

Giulia Calcaterra is among the first celebs to have granted herself a vacation in the cold months. The former vellum flew to Australia with her new boyfriend Diego Diario, a diving instructor profession. Judging from the photos he posted, there is a great feeling between the two. Here they are kissing romantically under water or drinking from coconuts intertwining their arms. Giulia is in top form and fans have noticed. Merit of love?

Love on Miami beach for Laura Cremaschi and Andrea Perone. The two cuddle on the beach under the indiscreet gaze of the paparazzi. She in micro bikini seduces Sabrina Ferilli's ex, shame about that trash touch on the B side.

For you a roundup of celeb on vacation.