Body shaming: what it is, what it means and how to defend yourself 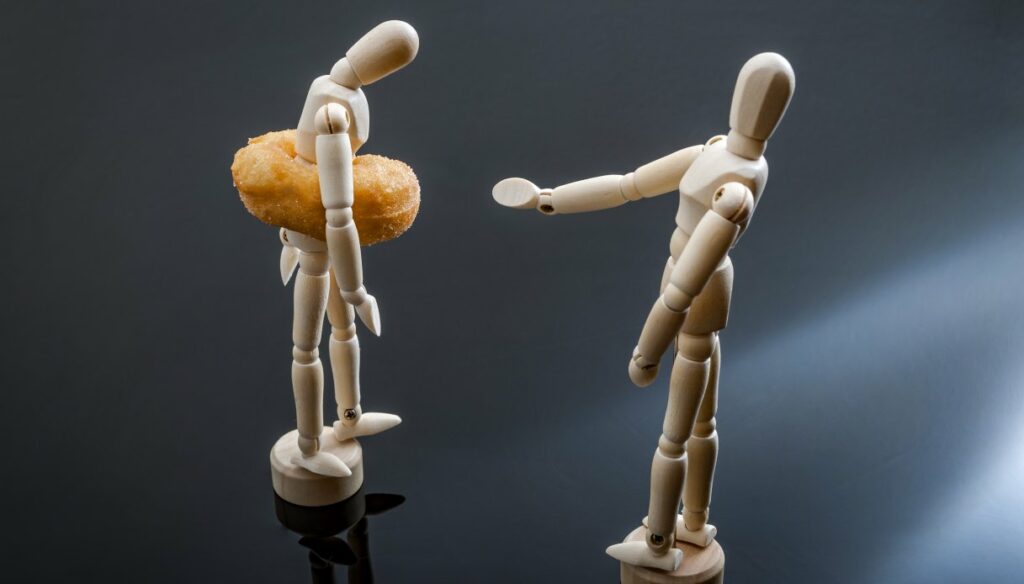 What are we talking about when we talk about Body Shaming, how to recognize it and how to defend yourself

There is a lot of talk about Body Shaming, but what is it about? The two words together refer to induced shame regarding physical characteristics. In other words, Body Shaming means to discriminate or belittle someone for their physical appearance. Widespread among the comments in social networks but also typical of the words thrown on the street by those who feel they can dare to do it out of ignorance or arrogance, the Body Shaming touches various areas and physical characteristics: weight, wrinkles, features, posture, shapes, etc. The trait being targeted varies, but it's always about physical traits. In some cases, bodies that are too tattooed or with too many piercings are targeted, in others cases of skin problems or water retention. In some cases, sexual preferences also become the object of discrimination. Other times the presence of excessive hair, baldness, skin color, acne end up under fire.

Body Shaming in the recipient affects self-esteem, generates a sense of discomfort, radically undermines personal security. The management of anxiety worsens and develops an insecurity that in the long run becomes obsession, if the character has fragile and truly vulnerable traits. If the person has a certain awareness of the problem and is trying to solve it – let's take an example with a young boy or girl who wants to lose weight – the Body Shaming could go to boycott even the best of intentions, bringing discouragement, mistrust and loss of 'objective. Certainly young people are those who strike each other with respect to the defects of their own body and who suffer most from what they criticize each other. Parental management, true friends, brothers and sisters or other family figures becomes essential to cope well with the reactions from Body Shaming. Sometimes discrimination takes on very subtle aspects and sometimes it arises right within the family. Just a compliment too many to the cousin considered beautiful and perhaps an unhappy comment to the "ugly" daughter who immediately trigger resentments, resentments, insecurities, fears and injustices and mistrust crystallize.

When explicit, Body Shaming falls into the category of crime and sometimes defamation (especially if the offense is persistently carried out on social networks). In some very serious cases, Body Shaming has paved the way for suicide cases and has taken on a role of instigating them (article 580 of the Criminal Code). Figures such as those of and influencers and work fields closely linked to appearance have only increased the focus on extreme care for its own sake. Often the messages of those who influence the purchase through their image are purely linked to "become like me" and in this way aesthetic standards are created that are fixed and often cannot in any way correspond to the real data.

How to defend yourself

The first step in defending yourself from the Body Shaming that occurs virtually lies in resizing the value that is provided to comments on social networks. Going back to real relationships, concrete dialogues and detaching from mobile phones and social media helps a lot to circumscribe what matters and what has a very minimal value. Starting to take care of yourself and being in an energy of greater independence allows you to achieve a stable productive balance, independent of the comments of others. Starting a dialogue in the mirror through positive affirmations also allows you to go in the optimistic direction, eliminate shortcomings, inconveniences. The mental path that leads the perception of our body to health should also pass through the use we make of our body.

Remember that the way you evaluate your physical appearance depends a lot on your mood. Physical fitness has to do with the health of internal organs, with physiology, emotions and the relationship with movement and food. Writing sentences with a positive charge and maybe hanging them on the walls also helps a lot to strengthen your personal power. Ignoring the way you feel when you are being insulted or criticized does not help at all, on the contrary, it becomes really counterproductive. It is advisable to face the source of criticism directly in a constructive way and to start taking a cold, realistic and confident attitude. An excellent strategy is also to keep a logbook of physical progress and goals, starting to note down character strengths as well. The starting point is in oneself / and in one's talents, in believing in what one wants to carry forward and in choosing one's thoughts, putting aside those that are disempowering. On the wave of this spirit, next to Body Shaming, the movement of Body Positivity is being born; it is a current that goes to counter the controversy and criticism of the body through acts and contents of legitimation of the male and female body, all aimed at improving the perception of oneself.

Maria Teolis
3548 posts
Previous Post
Ignazio Moser and that controversy over the receipt that we didn't need
Next Post
Farewell to Antonio Pennacchi, a frank and irreverent “Fascist Communist” writer