Boswellia: what it is, properties and what it is used for 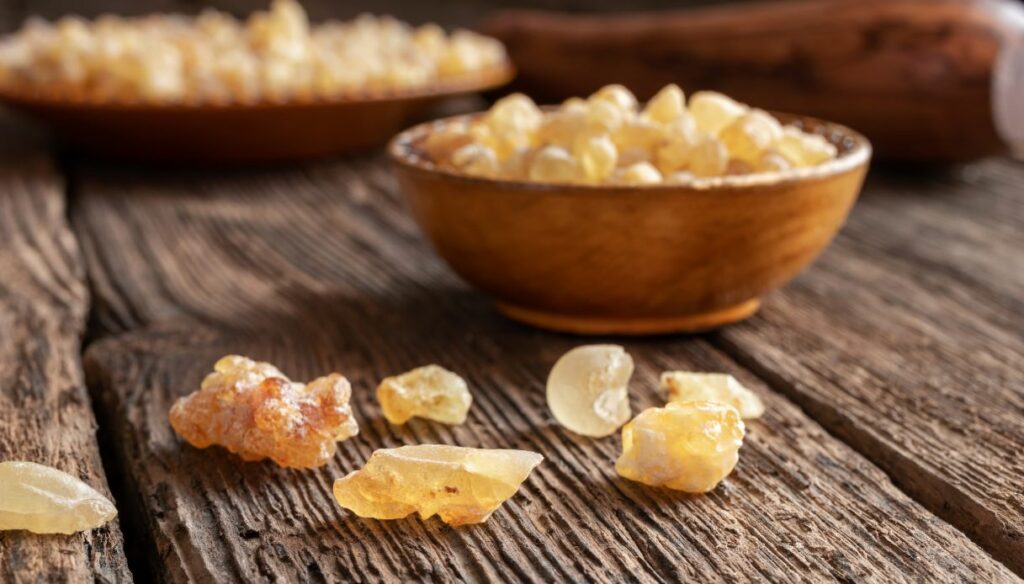 Boswellia is a gum resin with anti-inflammatory properties used in Ayurvedic medicine, herbal medicine and phytotherapy

Boswellia is a plant known in India as Salai guggal also called Indian frankincense and Indian frankincense. The boswellia genus includes 28 different species including Boswellia serrata, native to India, Boswellia sacra which grows in the sub-desert areas of Africa and Arabia and Boswellia frereana, spontaneous in Somalia. These are trees of varying sizes, all belonging to the Buseraceae family and used in Ayurvedic medicine, herbal medicine and phytotherapy for its therapeutic properties. The most commonly used species is Boswellia serrata, a tree that can reach fifteen meters in height, producing large alternate odd-pinnate leaves that is composed of leaflets in odd numbers. The flowers of the boswellia are white and gathered in short racemes and the fruit is a small drupe that contains three seeds. The drug of boswellia – that is, the part of the plant that is used for therapeutic purposes – is represented by the gum resin that comes out of incisions in the thin bark. Boswellia gum-resin congeals on contact with air and occurs in the form of solid tears with a rounded or irregular shape, up to three centimeters large, yellowish or reddish, with a characteristic odor and bitter taste. As it is rich in boswellic acids with balsamic and anti-inflammatory properties, the gum resin is collected and used as it is or used to prepare extracts. In addition, boswellia resin is burned during religious ceremonies to promote relaxation, meditation and prayer and is also used to prepare perfumes and incense.

Ownership and what it is for

Boswellia is a remedy used in Ayurvedic medicine that uses gum resin to treat acute and chronic inflammatory diseases of various types. The bowellia drug consists mostly of resin and the remainder of gum and essential oil. The resin in turn contains triterpene acids which include boswellic acids, with an anti-inflammatory action. This remedy is mainly used to relieve symptoms associated with inflammation of the intestine, the musculoskeletal system, the respiratory system and the skin. Boswellia is used for example in cases of asthma and other respiratory problems, rheumatic pains, arthritis, osteoarthritis, colic and autoimmune diseases such as Crohn’s disease, ulcerative colitis, rheumatoid arthritis and psoriasis. The action of boswellia is mainly given by the presence of boswellic acids, capable of reducing inflammation and damage to tissues in the intestine and extra-intestinal through various mechanisms including the inhibition of an enzyme known as 5-lipoxygenase. This inhibition stops the synthesis of leukotrienes and cytokines: the result is a decrease in pain and other symptoms related to inflammation which, in the case of rheumatic and joint pain, leads to an improvement in mobility. Boswellic acids also have bronchodilator properties, which is why this remedy can also help in case of asthma and problems affecting the respiratory tract. In the cosmetic field, boswellia is used to combat wrinkles and tone the skin.

Boswellia can be taken as it is in the form of gum resin and, in this case, according to Ayrvedic medicine, the dosage is 2-3 grams per day. In herbal medicine you can also easily find dry extracts of boswellia titrated in boswellic acids, generally in the form of capsules or tablets. In the case of the extract, the dosage varies from 400 milligrams to one gram, to be taken three times a day with meals. Since the dosage depends on the amount of active ingredient present, it is good to refer to what is written on the food supplement packaging to know the correct dose to be taken throughout the day. Also in herbal medicine you can also find topical products containing boswellia, including anti-wrinkle and toning creams to combat the signs of aging and ointments with anti-inflammatory and analgesic action to be used against pain in the joints and to relieve the symptoms of psoriasis. .

Boswellia has no particular contraindications or side effects and only occasionally its administration can cause skin irritation in sensitive people and mild gastrointestinal disorders such as nausea, lack of appetite and heartburn. Any side effects affecting the gastrointestinal system are not frequent, however, because boswellic acids do not act on the synthesis of prostaglandins, therefore they do not cause the typical disorders that NSAIDs, non-steroidal anti-inflammatory drugs, instead give. Boswellia should not be used in case of allergies and during pregnancy and should be taken in moderation and under the advice of the doctor if you are following treatments for asthma, because interactions could occur.

Maria Teolis
3320 posts
Previous Post
Mathematics in English. The importance of exercising from an early age.
Next Post
Full volume lips! Tips and products for a 100% natural result