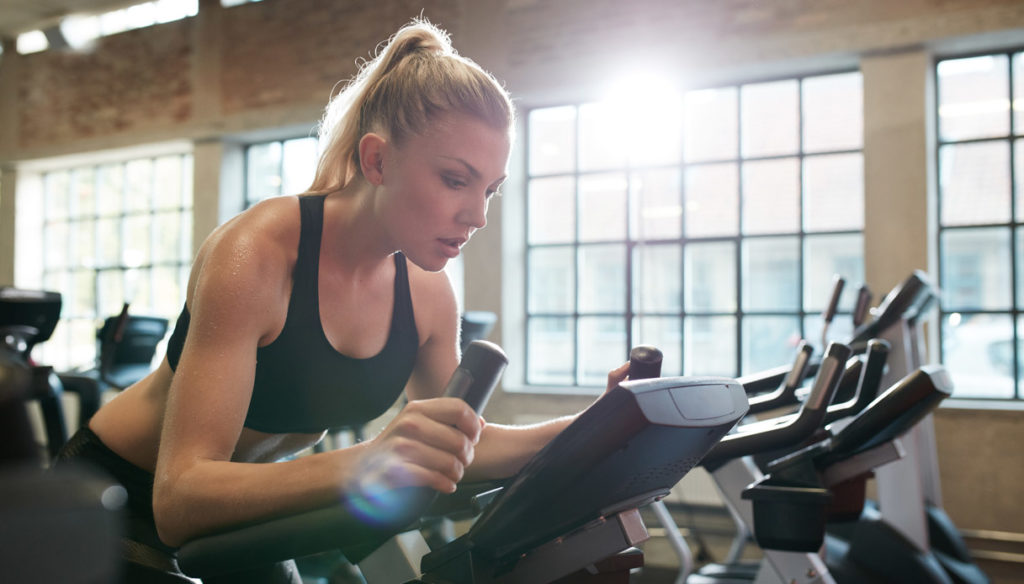 Physical activity is a primary prevention strategy against breast cancer. And it also has beneficial effects in women who have already been operated on

The beneficial effects related to physical activity are now well known to the majority of the general population and doctors and other specialists in the field of nutrition and sports constantly continue to promote physical exercise, especially as a preventive weapon against cardiovascular and oncological diseases.

Numerous clinical studies have shown that constant physical activity plays an important role in the prevention of various types of cancer, in particular colorectal cancer and breast cancer. Therefore, at least for these types of cancer, physical activity can be considered as a "primary prevention" strategy, that is a strategy capable of reducing or avoiding exposure to certain risk factors for the onset of tumors and therefore able to avoid the onset of tumors themselves.

Physical activity against the accumulation of fat

Obesity is one of the main risk factors for the development of tumors, and specifically breast cancer. Several clinical studies have shown that overweight and obesity, characterized respectively by a body mass index (BMI) between 25 and 30 kg / m2 and greater than 30 kg / m2, are related to an increased risk of cancer development. breast.

Intervening by changing your lifestyle (following a varied and balanced diet and carrying out constant physical activity) allows you to reduce body weight, and consequently the BMI, and to determine a body recomposition by decreasing the accumulation of adiposity especially in the abdominal area, thus generating a series of global beneficial effects on the body that have been shown to be important in reducing both the risk of developing breast cancer and the risk of recurrence in women who have already been operated on, thus increasing survival.

Performing moderate or intense physical activity puts in place a series of endocrinological, immunological and metabolic processes. In particular, a decrease in body weight and visceral adipose tissue reduces insulin resistance, reduces a chronic inflammatory state, and causes a reduction in circulating estrogen and progesterone values. That is to say that all those factors that contribute to increasing the risk of developing breast cancer are reduced, especially in postmenopausal women.

In particular, physical activity helps to avoid the development of the so-called metabolic syndrome, a clinical condition characterized by the presence of at least three of the following factors: type II diabetes mellitus, arterial hypertension, low levels of HDL cholesterol, high levels of triglycerides and a circumference of the waist above 88 cm in women. The correlation between the presence of metabolic syndrome and the increased risk of developing breast cancer has been proven and known for some time.

A prospective English study found that physical activity is correlated with a decrease in the risk of developing breast cancer by approximately 21% in women not yet in menopause and 16% in postmenopausal women.

But the benefits of physical activity are not limited to the preventive sphere. Its positive effects, as already mentioned above, are also known in women already operated for breast cancer to prevent disease recurrence.

The American researchers looked at data from 16 different clinical studies and showed that breast cancer survivors who consistently engaged in medium / high intensity physical activity had a disease-related mortality risk and an overall mortality risk. (not related to breast cancer, but for any cause) 29% and 43% less, respectively, than breast cancer survivors who did not engage in any type of physical activity after diagnosis and treatments.

The effects of physical activity

Schematically, the most important positive effects of physical activity on our body are represented by: lowering of blood pressure, reduction of the risk of type II diabetes and cardiovascular disease, reduction of cellular oxidative stress responsible for carcinogenesis processes, and reduction of levels of cortisol, the hormone involved in stress.

Physical activity also increases the production of dopamine and serotonin, the so-called "happiness hormones". Many women who are facing or have undergone a therapeutic path following the diagnosis of breast cancer require psychological or psychotherapeutic support due to the strong impact that the diagnosis has had both on a physical and psychological level. The increased production of these neurotransmitters at the level of the central nervous system leads to a reduction in anxiety and depression, improves mood and mental well-being.

Another important effect of physical activity is the reduction of fatigue, a condition characterized by a state of intense fatigue caused by chemotherapy treatments that women who have been diagnosed with breast cancer often have to undergo.

But what do we mean when we speak generically of physical activity? First of all, aerobic activity must be distinguished from anaerobic one.

While aerobic physical activity induces beneficial effects especially on the cardio-vascular system by determining a lowering of blood pressure values, increasing the contractile function of the heart and strengthening the breathing muscles, anaerobic activity strengthens the musculoskeletal system by increasing the strength and power of muscles, ligaments and tendons, joints and bones.

This activity has been shown to be effective in the prevention of osteoporosis, a condition characterized by a change in the bone structure that patients operated on for breast cancer and undergoing some types of adjuvant hormone therapy (in particular aromatase inhibitors) can undergo, resulting in a greater bone fragility and consequently a greater risk of fractures. Training with weights (even small overloads) is able to induce stresses on the bone structure and in particular on the osteoblasts which increase the production of bone matrix.

However, too extreme activities such as body building are not recommended, as they are excessively tiring especially at the joint level. Furthermore, for this type of activity it is recommended to rely on expert personnel to verify that there are no subjective contraindications to the performance of some exercises and to be able to perform them in the most correct way in order to avoid any injuries.

In general terms, it is recommended that you perform aerobic activity for at least 30-40 minutes a day 3 times a week (for a total weekly workout of at least 150 minutes of moderate activity or 75 minutes of intense activity). One of the best exercises to put into practice is brisk walking, or alternatively another effective activity is pedaling on a bicycle or stationary bike.

Unfortunately, to date there are still too few women and especially patients who follow medical advice regarding physical activity which must therefore continue to be encouraged, indeed it should be prescribed like any other medicine: "Here is your home therapy Mrs. Rossi: Walk at a fast pace 30 minutes a day at least three times a week ”.