Breast cancer: the search for new treatments for the most aggressive forms 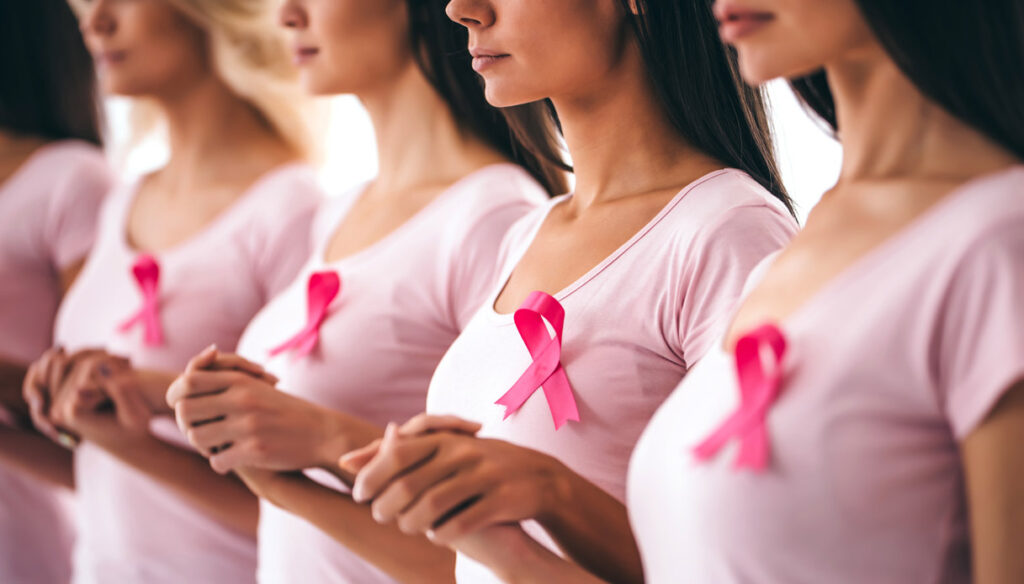 With October, the AIRC campaign against breast cancer returns, the symbol of which is an incomplete pink ribbon, to represent the urgency to find new treatments for women affected by the most aggressive forms of the disease.

Advances in research into the diagnosis and treatment of breast cancer have now led to up to 87% 5-year survival from diagnosis. However, attention must remain high because the disease affects about 55,000 women in Italy every year, one in eight over a lifetime, confirming itself as the most common cancer in the female gender.

Research against the most aggressive forms of breast cancer

AIRC Foundation for Cancer Research, with its researchers, once again focuses attention on the urgency of finding new treatments for those who have to face the most aggressive forms, such as the triple negative type, which affects especially in young people age, and metastatic breast cancer, which affects about 37,000 women in our country alone.

An appeal that becomes even more urgent now that the effects of the COVID-19 pandemic on screening programs are emerging. Some researchers have estimated that in 2020 in Italy, in the three-month lockdown alone, about 10,000 patients may not have received an early diagnosis of breast cancer, a number that rises to 16,000 including the following quarter. A delay that must be bridged as soon as possible, to reduce the number of diagnoses in more advanced stages of the disease.

The international campaign against breast cancer got underway in Italy with the AIRC Foundation and The Estée Lauder Companies Italia, which on the evening of September 30th lit up the Galleria Vittorio Emanuele II in Milan in pink for the Breast Cancer Campaign.

From 1 October it is the turn of hundreds of municipal buildings and monuments throughout the country, which will light up thanks to the collaboration between AIRC and ANCI, the National Association of Italian Municipalities: from the Palazzo Senatorio, seat of the Rome city hall, to the Mole Antonelliana in Turin, from Palazzo Balbi in Venice to the Arena of Verona, from the fountain in Piazza de Ferrari in Genoa to the Palazzo del Podestà in Bologna, from the Palazzo degli Elefanti in Catania to the Torre degli Sciri in Perugia, up to the Palazzo della Regione in Trieste and many others.

The testimony of Beatrice

Beatrice knows how important research and prevention are. She was 17 when she lost her mother to breast cancer, but the memory is still indelible today: “She was beautiful, but the disease disfigured her body and soul because 40 years ago there were no current treatments and climate was one of total pessimism. Of despair “.

Since then, he has been planning periodic examinations and check-ups until in 2009 he notices a small lump and receives the dreaded diagnosis: breast cancer. “But I knew that research had developed more and more specific and personalized treatments and this allowed me to face the difficult path with greater confidence”.

He undergoes a quadrantectomy and cycles of chemotherapy, which he faces with determination, continuing to play sports and dance flamenco. “The disease has helped me to live life with more positivity, to enjoy it to the fullest with pride and by practicing a lot of sport. Flamenco teaches a challenging attitude that I have also applied to the entire course of the disease, even changing my attitude towards myself. Before I was much more shy and I was never proud of feeling like a woman: now I live my femininity with full awareness “.

Today we have more and more early, accurate and accessible diagnoses to a larger number of women, more targeted, effective and tolerable treatments. However, breast cancer remains one of the most important challenges for research, which pursues answers for women who do not respond to available therapies. Thanks to the trust of its supporters, the AIRC Foundation in 2021 allocated € 14.3 million to 156 research projects and scholarships in this area.

Among these, the project by Ernestina De Francesco at the University of Catania (Garibaldi Nesima Hospital), the face of the campaign representing all the AIRC researchers working against breast cancer.

Dr. De Francesco is a young researcher who has returned from Manchester to Catania to study breast cancer in correlation with metabolic diseases, thanks to a Start-Up Grant, a type of funding that AIRC reserves for young talented researchers who intend to return to Italy and open their own research laboratory.

“The fact of having brought my Start-Up Unit to Catania makes me very proud and optimistic for the future, as a woman and researcher committed to the fight against female cancer I am extremely determined to achieve important goals from a clinical point of view.

My research aims to block a specific receptor, called RAGE, involved in the so-called chronic low-grade inflammation, common in people with metabolic imbalances such as hyperglycemia, diabetes and obesity. They make up nearly 20 percent of all breast cancer patients, and they run more than average risk of bad cancer development.

We AIRC researchers have the trust of many people in the hands and have the task of transforming it into concrete hope for patients. I’m very lucky because research is my passion, and I can’t even imagine myself engaged in another job ”.

Gianluca Zompi
1779 posts
Previous Post
Shannen Doherty in tears: “The day I decided to shave my hair”
Next Post
Muscle aches at night: what strategies to adopt