Breast milk protects against childhood obesity also thanks to betaine 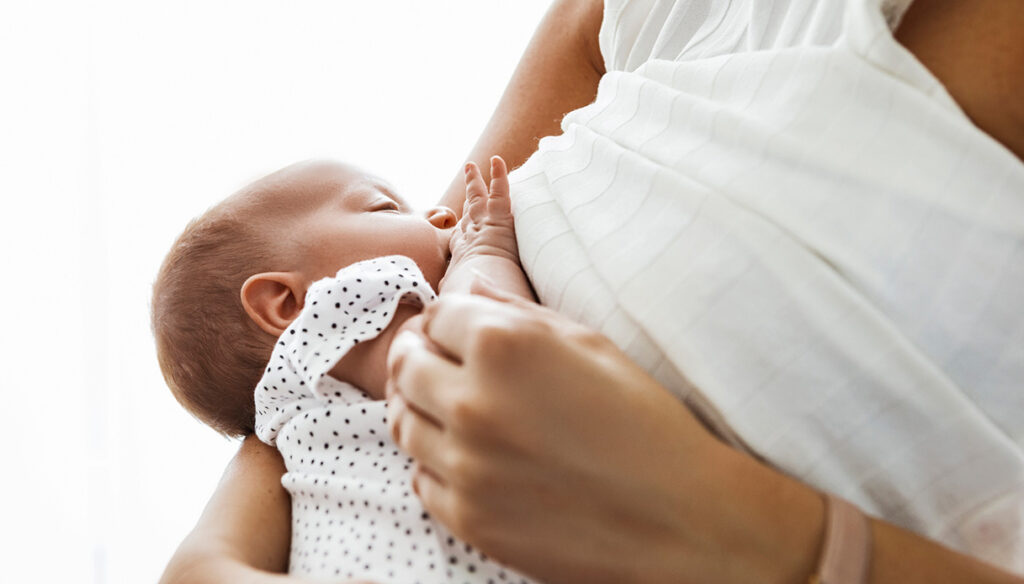 Breast milk can offer a number of components that are really useful for the newborn, in terms of weight control: among these, betaine

It is the first food. Without any doubt. For those who are born, breast milk is the optimal food. And breastfeeding is a valid strategy for the first months in good health and to lay the foundations for future well-being. In particular, it seems that being breastfed can limit the risks (obviously not eliminating them, given the role of the environment and future nutrition) of developing obesity.

To add a piece to the mosaic of knowledge on the subject now comes an international research that links the "richness" of milk in a certain substance, betaine, with the tendency for the child to keep weight under control. This is still an initial figure, but certainly interesting, also because the European and American international scientists who conducted the study published the report in an important journal such as Science Translational Medicine.

The "mystery" of betaine

Normally betaine is contained in foods such as quinoa, broccoli, spinach and more generally in whole foods. The hypothesis is that, by affecting the microbiota, it can help in weight control, not only in women but also in the newborn who has it available thanks to breast milk.

In fact, the study shows that there is a relationship between the amount of betaine present in breast milk and the possibility of developing obesity in babies. The milk of a population of women was studied and it was found that when they ate foods richer in betaine they tended to have greater quantities of the substance in their milk and that the children who consumed more of it saw the odds decrease, albeit slightly. to become "chubby".

From this observation, an experimental investigation began on animals which were offered diets with a surplus of betaine before giving birth and consequent increase of betaine in the milk of the nurses. It was found that as puppies grew older, those breastfed with higher levels of betaine were less likely to become obese even if fed a high-fat diet. Not only that: even as adults, the animals that had seen their mothers supplement the diet with betaine (and consequent repercussions on breast milk) had an average weight slightly lower than their peers.

How to explain this phenomenon? At the moment we are only talking about hypotheses. But it seems that there is a role played by the bacteria present in the intestine, namely the microbiota, which is in some way influenced by betaine. In fact, it was seen that mice that consumed mother's milk with high levels of betaine had higher levels of intestinal bacteria of the genus Akkerrmansia: these bacterial strains have long been correlated with better weight control, not only in animals but also in ' human being.

The advantages of breastfeeding

In short, breast milk can offer a series of components that are really useful for the newborn, in terms of weight control. in fact, it allows to offer nutrients and substances capable of exerting effects also on the intestinal microbiota. in addition to favoring the development of an efficient immune system, it seems that the microorganisms present in milk could be correlated to the composition of the maternal microbiota. Obviously, then, other compounds are offered with mother's milk that act on the bacteria in the small intestine. Just think of oligosaccharides, the third most abundant component in breast milk after lactose and lipids and can selectively influence the growth and function of the microbiota. And this is just an example.

Gianluca Zompi
1634 posts
Previous Post
Death of Prince Philip, the sad coincidence with the wedding of Charles and Camilla
Next Post
Isola: “Cerioli in love with Elisa Isoardi”, Miryea's confession