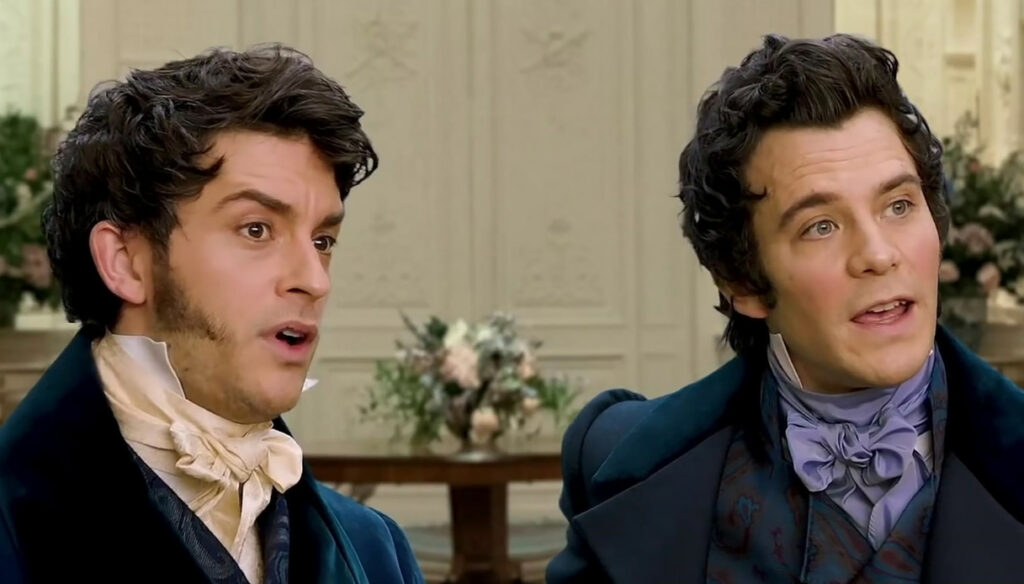 Jonathan Bailey, actor who plays Anthony, reveals the advances on Bridgerton 2. To announce the second season of the Netflix TV series was a few weeks ago the famous Lady Whisteldown in a letter in which he had indicated the viscount as the protagonist of the new episodes of the show . Interviewed by Entertainment Weekly, the actor who plays the young noble has revealed what will happen to his character.

“I hope that Chris Van Dusen, creator of the series, can arrange a season for each brother. We started with a spoon. What will we see next? I hope they don't reserve a knife for me, but a fork ", he explained, speaking of Bridgerton 2 and referring to the famous scene in which the Duke of Hastings (played by Regé-Jean Page) licks a silver spoon in front of his future wife Daphne . Meanwhile, to prepare for the shooting of the second season, Jonathan has started reading The Viscount Who Loved Me, a novel by Julia Quinn.

“I read The Viscount Who Loved Me – he said -. I don't know what will happen, but the relationship described in the book is something I feel close to. Kate Sheffield is a brilliant character. When you love your character you find yourself hoping that she can meet extraordinary characters, and I hope mine can meet someone like Kate Sheffield ”. Anthony's character was one of the most beloved of Bridgerton's first season. Until the very last, fans had hoped for a happy ending for the viscount and opera singer Siena he had fallen in love with.

"Anthony is a particular character, I tried to characterize him so that he could offer a comment, a deeper reading on the theme of masculinity – confessed the actor -. I thought the romance novels were all set on a beach, along with a glass of rosé. Instead, I found out more. Sexuality, intimacy and identity are everything. Especially, on the sidelines of a year like the one we went through. Certainly, therefore, we will return to celebrate them. Being able to look at these issues through the filter of a family has allowed us to find different ways to tell how a person experiences love, how they have sex, how they declare their commitment to their loved ones ".