Bud Spencer, a special to remember him on the anniversary of his disappearance 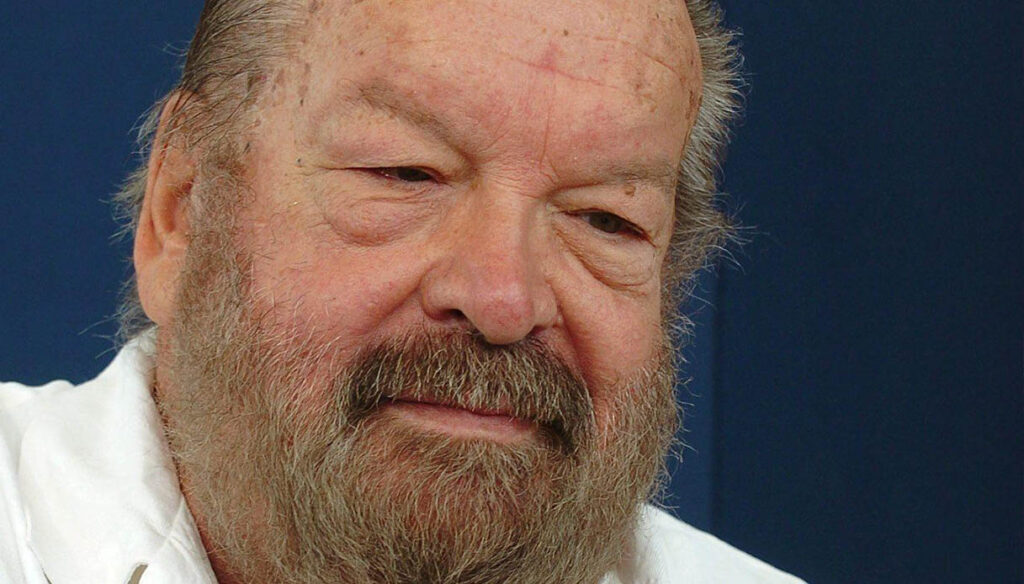 On the occasion of the fifth anniversary of Bud Spencer's death, Canale 5 is organizing a special to pay homage to the gentle giant

It was April 10, 2016 when Italian TV and cinema mourned the death of Carlo Pedersoli, aka Bud Spencer, actor of dozens of films that have enchanted entire generations. To remember the gentle giant and pay homage to him, on Saturday 10 April, on the occasion of the fifth anniversary of his death, Canale 5 wanted to create a special on TG 5 entitled Bud, a kind hero with a thousand lives!

An episode to retrace not only the incredible career that made him one of the most loved faces by audiences of all ages, but also life outside the cinema, full of anecdotes and as many victories: he was swimming and water polo champion obtaining the record of the 100 meters freestyle under the minute and participating in two Olympics. But not only that, because Carlo Pedersoli loved to live life in the round and also dabbled in other disciplines, as a musician, pilot of planes, cars, helicopters, tugs and even founded an air shipping company.

A man of depth, loved by anyone who knew him, not only by fans of his films, so much so that he deserves an entire museum dedicated to him in Berlin.

During the TG 5 Special there will also be space for love, the one with Maria, daughter of the producer of the Dolce Vita Peppino Amato, and for the role of loving husband and father. Then the friendship with Terence Hill, which went well beyond the set, is inevitable: together the actors form an amazing duo that will lead them to act in numerous blockbuster films, from Lo They Called Trinity to Stronger Guys!, Up to Altrimenti ci Let's get mad! Turn the other cheek and the two almost flat super feet. In 1993 the duo made their last film, Botte di Natale, but in fact the bond between the actors will never dissolve, thanks to a bond that lasted until Pedersoli's death in 2016.

The episode-tribute to Bud Spencer curated by Anna Praderio, will tell Bud and Carlo, through the voices of those who loved him most, his three children, Giuseppe, Diamante and Cristiana, and of friends Terence Hill, Carlo Verdone, Leonardo Pieraccioni . And then again Guido and Maurizio De Angelis and Russell Crowe, unsuspected and declared fan of Bud Spencer.