Burning feet syndrome: what it is, causes and how to treat it 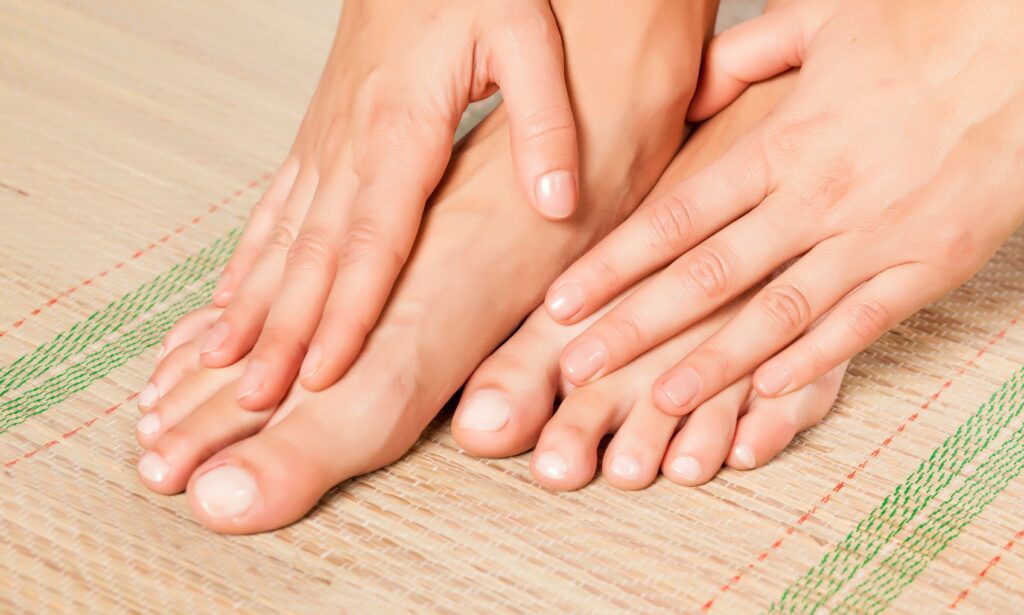 It is like walking on hot coals, except that the burning is not due to contact with the embers or with another incandescent material. There burning feet syndrome (also known as Grierson-Gopala syndrome) is part of the so-called peripheral neuropathies, a group of diseases characterized by the damage and, therefore, the malfunction of those nerves that connect the central nervous system (brain and spinal cord) to muscles, skin and internal organs.

“Here, specifically, the small fibers are involved, in particular those that convey pain and heat sensitivity”, explains Dr. Fabrizio Rasi, neurologist at the Neurology and Electromyography services of the Primus Forlì Medical Center. “Each nerve is made up of the association of nerve fibers that transmit or receive precise information, allowing us to interact with the outside world: some allow movement control, others are responsible for tactile sensitivity, others allow us to perceive pain or thermal stimuli “.

Other symptoms of burning feet syndrome

On the basis of their diameter, nerve fibers are classified into “small” (if smaller than 5 micrometers, ie thousandths of a millimeter) and “large” (if larger). While the latter are coated with a lipid layer, called myelin, the small fibers are devoid of it and for this reason they are slower in transmission, dealing with the transfer of messages regarding pain, heat and cold. “It is precisely the latter that are involved in burning feet syndrome”, explains the expert, “and since the small fibers also carry information from the vegetative nervous system, patients with burning feet syndrome may present also dry eyes, dry mouth, constipation, sweating disturbances, skin discolouration and orthostatic hypotension, which consists of a sharp drop in blood pressure when passing from a sitting or lying position to standing ». The main symptom, however, is the burning of the feet, mainly localized at the plantar level, but which can also extend to the back of the foot, up to the ankle, and be associated with heaviness, numbness, pain, skin hypersensitivity and tingling: since it appears mainly at night, sometimes the discomfort can become strong to the point of making even the simple contact with the sheet intolerable. “In fact, we speak of allodynia, that is, pain aroused by a tactile stimulus that is normally unable to cause discomfort”.

The main cause of burning feet syndrome is represented by diabetesboth in its already overt form and in terms of pre-illness (the so-called pre-diabetes, where the blood glucose value is higher than normal but is not yet pathological). “Other risk factors are thyroid disease, sarcoidosis, deficiencies in B vitamins, celiac disease, exposure to neurotoxic drugs and HIV infection,” Dr. Rasi lists. “Also, recently, a increase in cases following Coronavirus infection, but also as a complication of vaccinations 10-15 days after inoculation. The reasons are not yet clear, because SARS-CoV-2 exploits mechanisms still little known to the international scientific community itself. “

How the diagnosis is made

It is not easy to arrive at the diagnosis, because an examination such as electromyography – which is used to measure the conduction speed of the electrical impulse along the nerves – tends to be normal, because the equipment used records the electrical activity in the largest fibers. not the small ones who are involved in burning feet syndrome.

«Only a few specialists know how to exploit specials vegetative tests or use a laser stimulus to study the path along the nerves, for which the main examination of the sector is a skin biopsy that is able to show how the small intradermal nerve fibers are rarefied compared to normal “, reports Dr. Rasi. “Obviously an experienced eye must first exclude other pathologies which can cause similar discomfort, although usually less intense, such as venous insufficiency in the lower limbs or plantar fasciitis. The tarsal tunnel syndrome, less known than its “cousin” carpal tunnel syndrome, which involves pain in the ankle, foot and sometimes toes caused by compression or injury of the tibial nerve, which reaches the heel and sole, accentuated at night. The compression of isolated small nerve branches of the foot, following the use of inadequate footwear, can also cause local pain and paresthesia ».

How burning feet syndrome is treated

The therapeutic approach does not involve the use of anti-inflammatories or painkillers, but that of some antidepressant and antiepileptic drugs that go to extinguish the “short circuit” generated inside the nerve fibers. “Sometimes you can also resort to local anestheticssuch as patches with lidocaine, while particular attention must be paid to the use of synthetic and natural opiates due to the potential and severe side effects ».

Are there any do-it-yourself remedies?

Alternative therapies for small fiber neuropathy, such as yoga, acupuncture, and Tens, have yet to be investigated. Some people, however, find relief thanks to cold foot baths or ice packs, but these are buffer remedies, which work immediately, without solving the problem. “As for the compression pathologies of the small nerve branches of the foot, the only” natural “remedy is to wear comfortable shoes and suitable insoles, capable of relieving and improving blood circulation”, concludes the expert.

Gianluca Zompi
2236 posts
Previous Post
Impossible to deal with them: they are the most annoying signs
Next Post
Vaccinations, vaccines, boosters: true and false
Menu