Caffeine: properties, where it is found and side effects 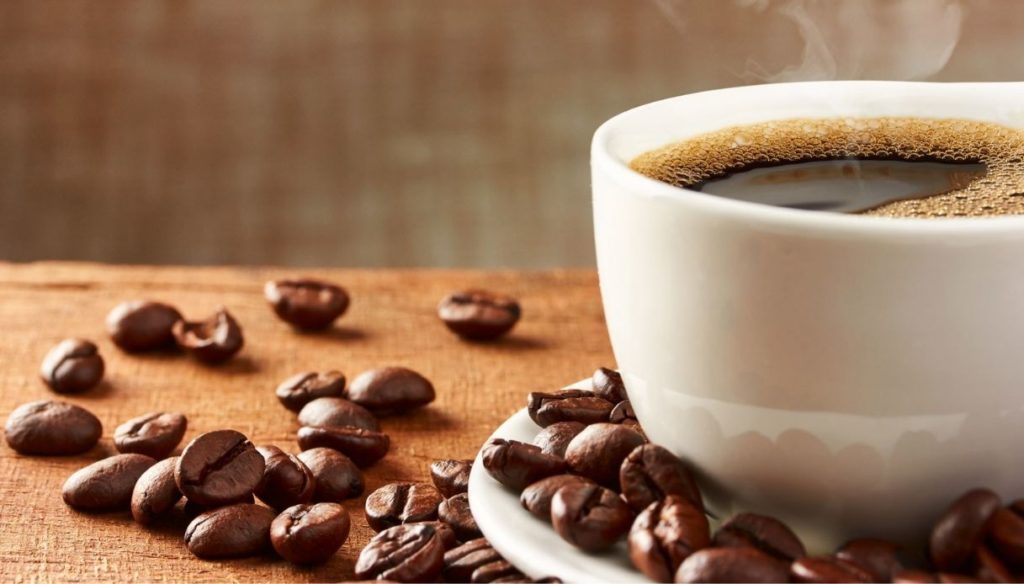 Caffeine is present in coffee, but also in sweets, snacks, cosmetic products and food supplements. Learn about the properties, side effects and foods in which caffeine is found

There is always time for a coffee break. Whether it is for a pleasant cuddle, to unplug for a few minutes or even just to "recharge the batteries", coffee remains one of the favorite drinks for us Italians. Its intense aroma accompanied by the characteristic bitter taste makes it unique and irreplaceable.

On the other hand, however, coffee is one of the major sources of caffeine, a psychoactive substance with a stimulating effect which, being contained in various widely consumed foods and beverages, is the most widespread drug in the world.

Here are the properties, effects and recommended intake levels of caffeine.

Caffeine is present not only in coffee beans, but also in many other foods that we consume daily. Cocoa, tea leaves, kola nut, guarana, are plants that naturally contain it, but it is added to many products such as:

The risk therefore is to take large doses of this chemical compound, even inadvertently. This situation has alerted the European Commission which has asked the EFSA (European Food Safety Authority) to make an assessment on the safety of caffeine investigating the possible negative health effects following the consumption of this substance in the healthy population considering adults, children, the elderly, pregnant and breastfeeding women, individuals who play sports.

Effects: what they are and how long they last

As a stimulant, caffeine stimulates the nervous system by increasing mental clarity, relieving fatigue and improving concentration. As explained by EFSA itself, after being taken, this substance is quickly assimilated by the body and within 15-30 minutes the stimulating effects are noticed, which can last for several hours.

While small doses of this substance do not have a negative impact on health, indeed they can even bring benefits, it is also true that excessive consumption can have adverse effects (including the establishment of a slight addiction).

Harmful effects that can occur in the short term include, for example, nervous system disorders, states of anxiety, changes in behavior.

Importantly, the effects of consuming caffeine vary from person to person. This can be influenced by factors such as:

In detail, the long-term intake of over 400 mg of caffeine per day (more than 5 cups of coffee per day) can cause:

Even consuming coffee with the aim of staying awake during the night and thus continuing with work or study activities is not a good idea: in addition to causing tiredness and lethargy the following day, in fact, it is good to remember that caffeine is absolutely not. used as a substitute for sleep.

How much caffeine can you take per day?

The effects caused by the consumption of caffeine, therefore, vary according to the specific conditions of the subject: however in general it is recommended not to exceed certain doses.

As indicated by EFSA, the following are considered safe for the adult and healthy population, except for pregnant women:

Otherwise, single doses of 100 mg of caffeine (about 1.4 mg per kg of body weight) just before going to bed could have an impact on sleep quality.

To get an idea of ​​the parameters to keep as a reference:

Is coffee bad for the heart, liver or intestines?

Over the years, scientific research has led to inconsistent results on the effects that coffee could have on the body.

In general, however, most studies have not found any association between heart disease and coffee consumption, in fact, some have even found moderate coffee consumption to have a protective effect on the heart. In any case, it should be considered that in plant sources of caffeine (and specifically in coffee) there are a wide range of other compounds and nutrients, such as antioxidants, which can also have a positive influence on heart health. Therefore, it is difficult for researchers to examine the effects of just one component of the coffee bean.

Along the same lines, the scientific literature relating to the effects of coffee on the liver also leads to similar conclusions: from the studies conducted, in fact, it appears that taking 2 or 3 cups of coffee a day does not harm the liver, indeed it would play a role protective of this important organ.

As for the effects on the stomach and digestive system, however, if coffee is taken in moderate doses – at the end of a meal or after consuming other foods – it can promote digestion, when taken on an empty stomach it can cause acidity and worsen. the symptoms of gastroesophageal reflux.

It should also be noted that, being a stimulant, the caffeine contained in coffee can promote intestinal motility or the contraction of the muscles that push the contents into the gastrointestinal tract, an effect that in the most sensitive individuals can also cause soft stools or diarrhea.

Since it can raise the levels of nervousness and anxiety, which often worsen the symptoms of many gastrointestinal conditions, it is good to limit coffee consumption even if you suffer from irritable bowel syndrome or inflammatory bowel disease.

In the presence of specific conditions, however, it is always advisable to consult your doctor.

Coffee during pregnancy: can it be drunk?

Pregnancy is a special period for every woman, but she must pay particular attention to her health and that of the baby she is carrying. There are precautions that it is important to take to preserve the good development of the fetus and these also include what is best to avoid eating and drinking. One of the most frequent doubts in a future mother is "can I drink coffee while pregnant?".

As indicated by the Ministry of Health, it is advisable to drink small amounts of coffee during the gestation period because, in addition to being able to cross the placenta, caffeine is metabolized 15 times slower. The result? Pregnant women are more sensitive to the effects of this stimulant.

As for the recommended doses during pregnancy and breastfeeding, therefore, EFSA has shown that the consumption of up to 200 mg per day of caffeine from any source does not raise concerns for the health of the mother or that of the baby.

In case of doubts or in the presence of specific conditions, however, it is always recommended to consult your doctor or gynecologist.

Stop drinking coffee: effects and how to do it

Drinking a lot of coffee can create a slight addiction and just like smoking and alcohol, stopping drinking coffee in a drastic way can not only be counterproductive, but above all could cause symptoms such as:

They can appear 12-24 hours after you stop taking caffeine and can worsen after 24 hours. The sudden lack of caffeine – which tends to act as an appetite suppressant – can lead to eating more.

How then? Also in this case, the suggestion is to gradually reduce the amount of caffeine consumed daily, so that the body can get used to the new doses without missing them in a decisive way. First, you can start reducing your consumption of foods and drinks that contain added caffeine. In this case, a valuable help can come from reading the labels on the back of the food products. In this way, it will be possible to realize the presence or absence of caffeine added in the products consumed.

Caffeine supplements are often used in sports and cosmetics. In fact, this stimulant is part of the ingredients that make up products intended to promote weight balance or to increase physical performance during a workout.

With respect to this last point, several studies have in fact demonstrated the efficacy of caffeine in improving the athletic performance of an individual. Specifically, benefits were found:

Caffeine supplements can also be used to improve concentration for study or work. A study examined the effects of caffeine administration during a learning activity to test its effects on long-term memory consolidation, obtaining good results.

Caffeine supplements are generally safe, as long as they do not exceed the doses and require a medical consultation after taking them in the presence of specific conditions. It should also be considered that some individuals may experience adverse reactions to caffeine as well as to other compounds contained within the supplement. The most common side effects include:

The advice is always to respect the recommended daily dosage limits, especially if you suffer from some pathology. If in doubt, always ask your doctor for advice.