Golden palm to Audiard's French Dheepan. Sorrentino, Garrone Moretti outside the Palmares of a Festival dedicated to beauty, with the red carpet monopolized by supermodels 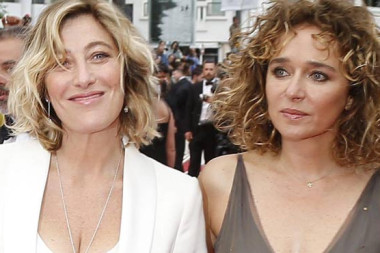 Cannes Film Festival, all the looks to the vote

Of this 68th Cannes Film Festival, we will remember, in addition to the fact that the three Italians in competition – Sorrentino-Garrone-Moretti -, have been screwed, excluded from the Palmarès and snubbed by the jury chaired by the Coen brothers, and the Palme d'Or which went to the drama of the migrants of Sri lanka Dheepan, of the French Audiard, the glamorous aspect that characterized the event from start to finish.

Starting from the jury, with the angelic blonde Sienna Miller and the brunette Sophie Marceau who managed to give scandal not once but twice, remaining the first in her underwear, the second with her breasts uncovered on the red carpet. Continuing with the beautiful actresses who crossed the catwalk, from Cate Blanchett to Rachel Weisz, from Salma Hayek to Emma Stone. And ending with the army of supermodels who invaded the Croisette and monopolized general attention. Sometimes distracting her from what should have been the undisputed protagonist, the cinema.

Yes, because there were really all, from historians, such as Eva Herzigova, Naomi Campbell to Laetita Casta to the new levers, Kendall Jenner, Gigi Hadid, Adriana Lima, Izabel Goulart, Lara Stone, Doutzen Kroes, Chanel Iman, Sara Sampaio, Barbara Palvin .
Present on the evening red carpets of films in competitions and at collateral events at the Festival, the most beautiful women in the world wore wonderful clothes from the most prestigious maisons (the sexiest or most inflated were Versace ones), spreading sensuality and charm throughout the Croisette , raising the level of testosterone in the public and setting the beauty record never seen in a single festival edition. So much so that this edition of Cannes will surely be remembered as the most glamorous in history and this will hide – in part – the disappointment for the Italian mega "fuck".

Luckily, the AMFAR event took care of bringing the Festival back on the right tracks of glossy glamor, with the most beautiful divas dressed in wonderful clothes. During the gala, the models paraded with exclusive garments designed by stylists of the most prestigious fashion houses, at the auction during the evening for the collection of funds to support research against AIDS. And there were all of them. From Rita Ora in red Marchesa, as well as Michelle Rodriguez in Romona keveza, Aishwarya Rai In violet Elie Saab Couture, Marion Cotillard in (bold) acid green Jean Paul Gaultier Couture. And then Sienna Miller in silver Ralph Lauren, Diane Kruger in short and original Chanel, Adriana Lima, wonderful in black Alexandre Vauthier, Karolína Kurkováin Alexis Mabille Couture, Karlie Kloss in Tom Ford, Irina Shayk in green (transparent) Versace, Gigi Hadid in very low-cut white Tom Ford, Kendall Jenner in the Calvin Klein Collection. Doutzen Kroes in Margiela.

To attract attention, a skeletal Eva Herzigova bandaged in a silver Dior dress with Chopard jewelry and our Ornella Muti, beautiful in long black.

Someone, the day before yesterday, wondered if the evening red carpet of Sorrentino's film, Youth (which snatched 17 minutes of applause but also a few small whistles) was not rather that of the "Great Beauty", given the very high level of attractiveness. Next to the protagonists Jane Fonda and Rachel Weisz there were all the super supermodels of the moment in great dust: Kendall Jenner, Adriana Lima, Izabel Goulart, Lara Stone, Doutzen Kroes, Chanel Iman, Sara Sampaio, Barbara Palvin. The same that since the beginning of the Festival delight photographers and guests of the various collateral events and / or evening parties.

Of course, one wonders if this is the Festival of cinema or glamor and beauty. But how not to be fascinated in front of these wonderful girls who wear the most beautiful clothes of the fashion houses? Curiosity: between one top and the other an unpublished trio also appeared: Daniela Santanché, dressed in purple and with sunglasses, her partner Paolo Sallusti and a flowered Paola Ferrari

And finally Antonio Banderas lands on the Croisette. For the occasion, the Spanish actor left the hen of the famous spot at home and brought his new girlfriend, the model Nicole Kempell. The two have been dating since summer 2014, they spent Christmas together and he took her to Malaga, his hometown. A more discreet couple than Robbie Williams and his wife, Antonio and Nicole, however, marched hand in hand and were photographed embraced while exchanging knowing looks.

While love triumphs in Cannes, the controversy rages at the Festival for a restrictive and shocking regulation that prohibits stars from wearing flat shoes on the red carpet. The protocol is arcane and well-known, but the case is mounting thanks to Screen International. In fact, it seems that at the screening of "Carol", the montée des marches, that is, the staircase leading to one of the most prestigious rooms of the Palais de Festival, some agée ladies who preferred comfortable and low footwear were prohibited. In short, it seems that the ladies have been diverted to a less VIP entrance. The direction of the Festival denies, but now the omelette is done and the controversy is unleashed. So much so that Isabella Rossellini has happily ignored the dress code and on the red carpet has always worn very chic flat shoes. While many stars and starlets have lived up to the rule. And here they are waving on dizzying stilettos that defy gravity. First of all Paris Hilton. So if the VIPs cannot wear ballet flats and flip flops, the selfie is also banned from the gala evenings. And none of the guests dared to challenge the director's request, Thierry Fremaux.

On previous evenings the red carpet was trivial. None of the stars shone for originality, even the legendary Uma Thurman is off and almost out of shape at the Chopard party (jewels are among the protagonists of the Festival catwalks). The iridescent white dress, flat and already seen, the band too much on the belly not exactly flat. The actress is also a little shady and doesn't seem too happy to indulge in the photographers' goals. Of course, style slips and accidental provocations caused by too low-cut dresses, like that of Salma Hayek, or extreme slits like that of Barbara Meier cannot be missing. Long live banality!

Provocations and sexy accidents never fail Cannes. In the previous days, thanks to the mischievous breeze that blew over the Croisette in recent days, but also the inattention and naivety of some actresses who do not consider the risk short and light dress (like Emma Stone) or too stalked (like Sophie Marceau).

So it happens that the first, very good interpreter of Woody Allen's last, Irrational Man, at the afternoon photocall must fight against the wind so as not to show his underpants to the photographers deployed. While the second, relapse (remember the accident of 10 years ago, when a shoulder of the dress fell and remained bare-breasted), it remained in our underwear. The dress, with a noticeable groin gap, played a bad joke on her and the moment was promptly immortalized by photographers.

Then there are those who seem to be looking for the provocation, such as Cate Blanchett and Rooney Mara, who at the presentation of the lesbian-erotic film Carol, indulge in groping with the director Todd Hayne. Robbie Williams will take care of bringing back the love with a capital A on the Croisette, complete with a kiss in favor of the photographers to his wife Ayda Field.

Last but not least, at the red carpet of Gus Van Sant's film, The Sea of ​​Trees, there is a contest between the divas to dress more. Jane Fonda gorgeous in her 77 years in electric blue Versace. The Natasha Poly top in gold Michael Kors. And also Andie MacDowell in Ralph & Russo Couture, Sienna Miller in colorful Valentino Couture, Camila Alves in very low-cut black Gabriela Cadena, Diane Kruger with a sophisticated and precious Prada. Too bad that the film with Matthew McConaughey starred, he got whistles and some howls at the press presentation. A missed opportunity for the cursed Hollywood director and the Oscar-winning actor.