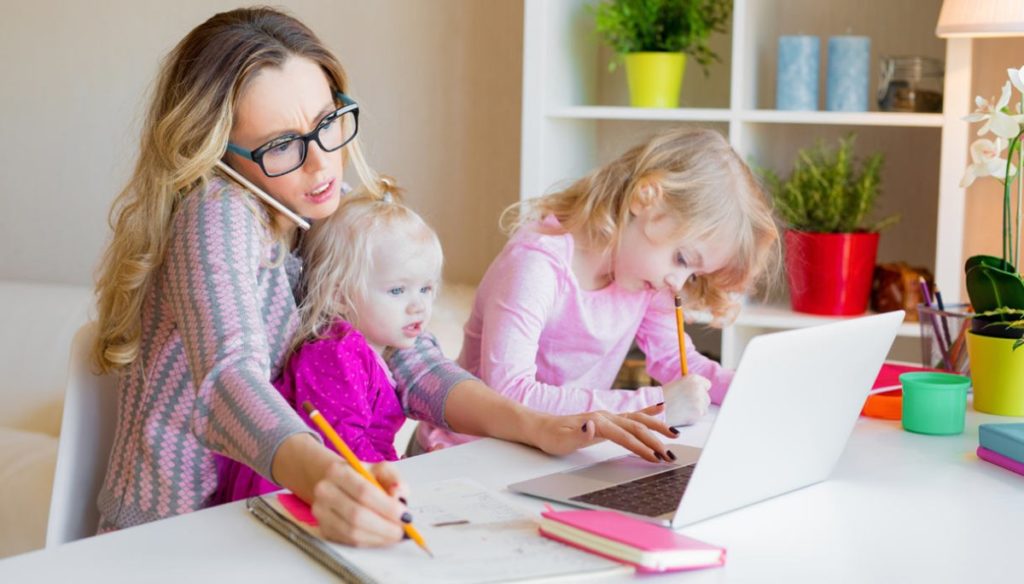 According to a study conducted at the University of Kent, motherhood takes nothing away from work skills, on the contrary, it is an additional resource

What is the secret to being more productive at work? There are those who think that it is necessary to have an unparalleled determination, those who believe that the secret lies in accumulating as much experience as possible, those who believe that the key to everything lies in being well organized. But no. To improve your work results, the most important requirement is to have a child.

It seems absurd, but that's right. This is confirmed by Dr. Heejung Chung, a sociologist at the University of Kent, with a study of over 10 thousand economists working in the academy. An analysis of their profiles showed that, on average, the productivity of those who had at least one child was higher than that of women who were not mothers.

With another study, however, it has been shown that having to take care of children causes managerial skills to be increased, along with the ability to resolve conflicts in the workplace. Mothers also know how to manage time much better, manage to keep their concentration longer and are more attentive to deadlines.

Even Rachel Riley, successful entrepreneur and fashion designer (her clothes are often worn by Prince George) has come, based on her own experience, to the same conclusion as the researchers: having become a mother has made her multi-tasking, focused on objective and more confident in their abilities. But we can also mention the cases of tennis player Serena Williams, stronger and more combative than ever after motherhood, and of actress Emily Blunt, at the height of her career after becoming a mother.

All this is even more significant if we consider how it is tremendously difficult for a woman to succeed in combining career and family: motherhood is often seen as an obstacle, a child is considered a "problem" by employers and the wage gap between women and men is abysmal. It would be enough to shift the perspective a little and realize that motherhood does not detract from work skills, on the contrary: according to when discovered, it is even an additional resource.

Ilaria Barabrossa
1661 posts
Previous Post
Welcome back Nadia! The long-awaited first time at the Hyenas after the illness
Next Post
Meghan Markle ready to interrupt her maternity leave to stay with Harry