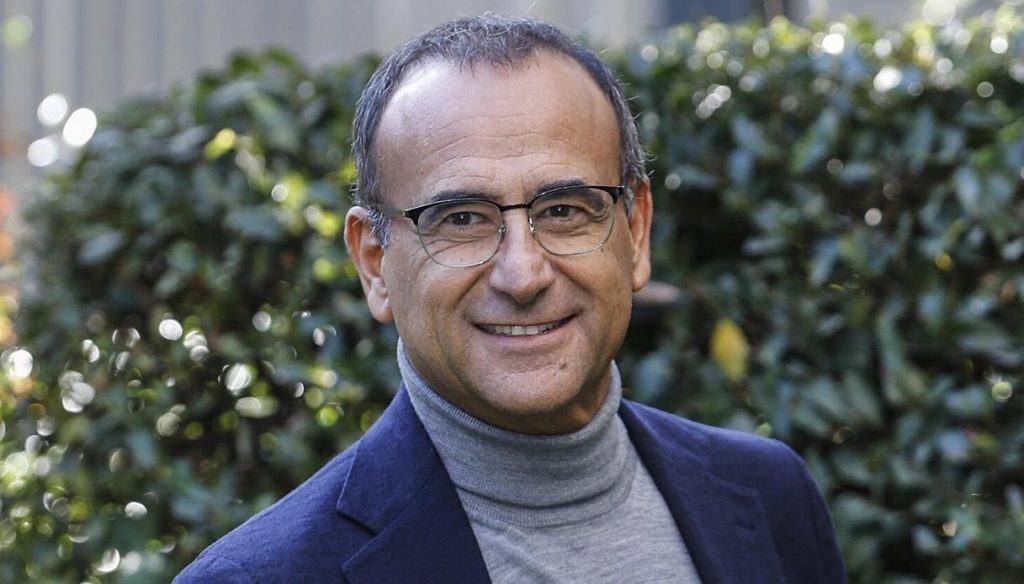 The program will last four weeks and will see two VIP teams compete against each other with charts related to various themes, from music to sport

Carlo Conti returns to TV after Con il Cuore nel Nome di Francesco. The Tuscan conductor is in fact ready to guide Top Dieci, a program created in collaboration with the production company Banijay Italia which will start on Rai Uno on Sunday 14 June 2020 at 21.25. For four episodes, Carlo Conti will focus on a format that is a delicious mix of memories and attention to current events.

Over the course of each evening, two teams made up of VIPs will compete … We will talk about music with the songs that have sold the most in a given year, but also the web, with the words most searched by users. The themes will be really many! Among the rankings that will be proposed during the episodes of the new Carlo Conti program, there will also be the top ten of the most consumed foods, not to mention the names most chosen by the parents for their children in a specific year.

The names of the competitors of the first episode on Sunday? Christian De Sica, Alessandro Siani and Serena Autieri for the first team. The second, however, will be composed of the landlord of L’Eredità Flavio Insinna, Nino Frassica and Maria Chiara Giannetta.

The initial appointment of this television adventure by Carlo Conti – a return in the role of long-awaited single conductor – will also see the presence of two special guests, namely Roberto Mancini and Massimo Ranieri, called to express themselves on the most significant rankings of their lives.

Carlo Conti's new program, which will be broadcast on Sunday evening and not on Friday only for the first episode, will use hit parades to tell the pop culture of our country, placing the accent, as specified above, on various areas, from sport , to the cinema, to TV.

By ranking, the competitors will allow the public at home to relive special moments of Italian history, but also to discover or rediscover wonderful places on our peninsula. Each individual ranking will be introduced by a short clip focused on the year that concerns it. The team that manages to get the most points by identifying the correct positions will be the winner.

We also remember that viewers will also have a role and, using the hashtags #TopDieci and #Classifica, they will be able to create their personal hit parade on social media on a topic presented at the beginning of the episode.