Carlo Conti, the romantic message of Francesca Vaccaro on Instagram 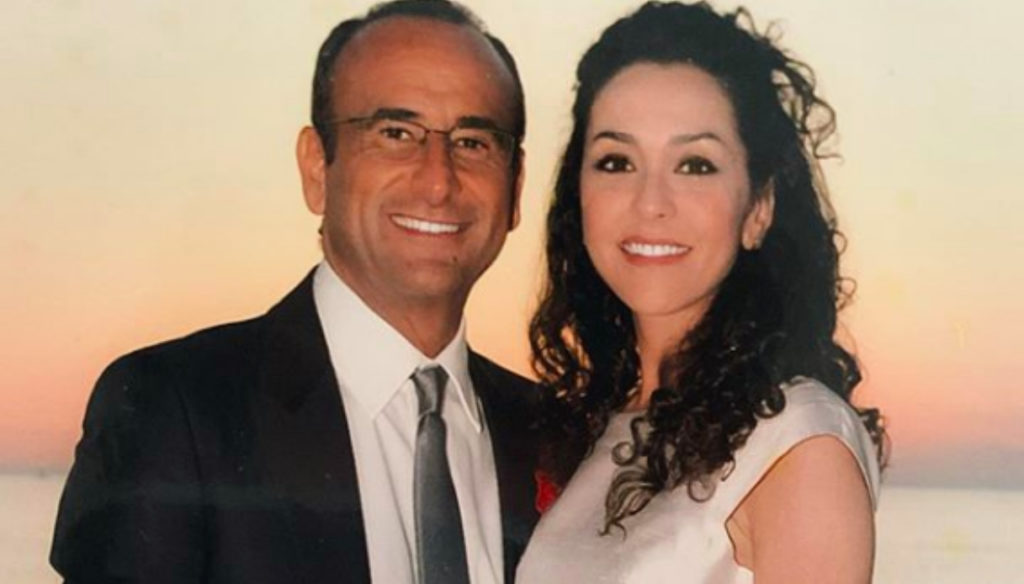 Francesca Vaccaro surprises Carlo Conti with a romantic message on Instagram on the occasion of their wedding anniversary. The tenant and costume designer have been married for eight years and six are parents of little Matteo who has brought immense joy to their lives. It was 2012 when the presenter swore eternal love to his Francesca, since then the two have never left each other and are happier than ever.

On the occasion of the wedding anniversary, Vaccaro shared a romantic post. It is a shot that portrays her shadow, that of her husband and that of Matteo, reflected on the sand, where someone has drawn a heart. “8 years of us! 6 with him – he wrote -. Greetings my love! #wedding anniversary". Many comments appeared below the post, including that of Giovanna Civitillo, wife of Amadeus, and friend of Francesca, and that of Caterina Balivo. Conti did not forget the wedding anniversary and replied to his wife with an equally sweet post that appeared on his Instagram profile. "8 years ago," he wrote posting a shot from the wedding day.

A love, that between Francesca and Carlo, which the two have always lived far from the spotlight. Allergic to gossip and social evenings, Vaccaro and Conti have a solid relationship, made of love and trust. The Rai conductor has several love stories behind him, including the one with Roberta Morise, today at the helm of I Fatti Vostri. In an interview with the weekly Di Più, Conti revealed that he had fallen madly in love with his wife and had married her determined to end his playboy life. “Since my son was born every day is a discovery – he admitted -. I undoubtedly prefer life now than it used to […] Before I knew it, I was sick of 'Dongiovannite' – he added when speaking of Francesca Vaccaro -. When I met her, the irrepressible desire to love as many women as possible turned into the aspiration to love only one. Possibly forever […] The only regret I have every now and then is that I did not marry Francesca at least three or four years before, instead of being a bad boy and pulling her a little for long. "

Barbara Catucci
3817 posts
Previous Post
Aurora Ramazzotti returns to TV: she will be the correspondent for the new Fox program
Next Post
Al Bano divided between Loredana Lecciso and Romina Power: "In my life there is a before and after"