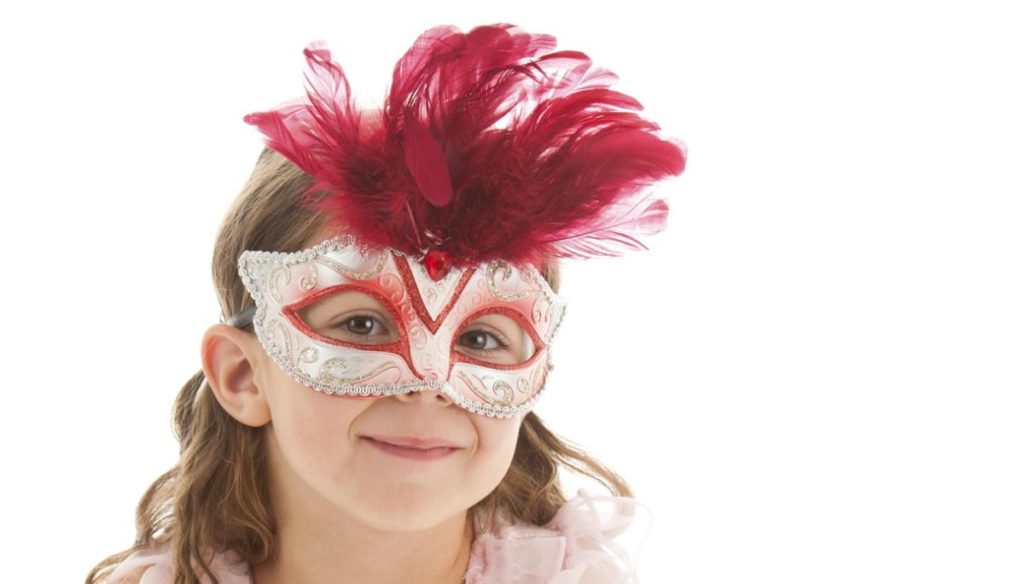 For children, the time is approaching to hunt, in the days before the big party, for the most original costume

Carnival is coming. And for children, the time is approaching to draw swords, wear funny hats, disguise oneself and equip oneself with trumpets, confetti, streamers. But above all to hunt, in the days before the big party, for the most original, fun or simply funny costume. A choice that is not always easy, given that there are so many disguises on the market and increasingly demanding children. Most of them choose to take on the appearance, even if only for a day, of their favorite movie hero or get inspired by a cartoon character or a superhero. Even if, at times, a "fluffy" hat to party is more than enough. But let's see the trends for this Carnival in detail.

Long live the tradition!
The protagonists of the Carnival have always been the most popular classic masks. Here then are costumes from Arlecchino (originally from Bergamo), from Pantalone (Venice) and from Pulcinella (Naples), followed by Dottor Balanzone (Bologna), Gianduia (Turin), Stenterello (Florence), Brighella (Bergamo) and Colombina (Bergamo) Venice). Ideal disguises especially for older children. To dress your children with traditional masks you can buy a ready-made costume or, if you have time, patience, and familiarity with a needle and scissors, make one with your own hands.

do-it-yourself
At Carnival every joke is worth and then you can disguise yourself not only from Arlecchino or Colombina, but also from car, palette of painter, tree, fir tree, table set, mushroom, elephant, dog, kitten, fireman, gypsy, traffic policeman, fireman , caveman, dancer, pilot and so on. All costumes that can be found already packaged in large amgazzini or to be made on their own using cardboard, catone, foam rubber, papier-mâché, canvas, colors, paper, fabric, buttons, recycled materials and a lot, indeed tantisisma, fantasy.

«Mom, I want to be Tigro»
For boys aged 3 to 5 the choice of costume is often inspired by the many big and small screen film heroes such as, for example, Buzz Lightyear and Woody, protagonists of the film Walt Disney Toy Story. But also the ratatouille chef mouse or Jack Sparrow, protagonist of the Pirates of the Caribbean film. Others are inspired by the characters of Cars and the Power Rangers. For the little ones, ages 2 and up, you can opt for Walt Disney classics like Mickey Mouse, Winnie the Pooh, Tigro, Aladdin and Peter Pan. Even if this year, we are certain, the costumes of the Gormiti characters like Grandalbero, the lord of the forest, Sommo Luminescente, the lord of light, and Armageddon, the lord of the volcano, are all characters belonging to the third series of "Lords of nature". And the girls? For them there are costumes dedicated to Aurora (aka Sleeping Beauty) and to Belle. Or the costume of Trilli, Snow White and Cinderella.

For a crazy Carnival
And the little ones? The hats from the Barts collection dedicated to this playful party are designed for them. Combine the need to warm up with the desire to look unique and fun. The originality of the design, the lively color combinations and creativity are the main features of the Dutch brand, as well as the pillars of its philosophy. The soft woven hats of the Dutch brand are therefore ideal for keeping the heads of their children warm. For the most transgressive hats decorated with crests, colored flames and, why not, ears and a devil's tail. The animals are absolute protagonists of the Carnival, so here are the hats that recall the head of a giraffe or a sweet teddy bear or even the outline of a small fawn. The most romantic girls will love to wear the clothes of a succulent strawberry, while for those who spend the Carnival on the snow it is better to opt for a helmet cover decorated with the green crest of a dragon.

Ilaria Barabrossa
1519 posts
Previous Post
Influence, the peak at the end of the month: 350,000 in bed
Next Post
X Factor: Veronica and Vanessa thrill Agnelli, Arisa, Soler and Fedez