After greeting the audience of Come to Me, a photo appears on Instagram that surprises the fans of Caterina Balivo

The times of Detto Fatto in the company of Caterina Balivo, one of the most popular Rai presenters of recent years, seem long gone. But the most attentive fans have noticed a detail that bodes well: that there is a new project on the way for the presenter?

Last season of Vieni da Me, the show to which Caterina Balivo had been dedicating herself body and soul for two years, was rather complicated due to the health emergency we experienced, and it certainly put a strain on the undeniable professionalism of the presenter . At the end of the last episode, just a few months ago, he announced to the Rai1 audience his intention to abandon the program to devote himself to new commitments – of which there is no news yet.

The reaction of the fans is what we can all imagine: the disappointment at the idea of ​​not being able to see the talented Caterina on the small screen was soon supplanted by the hope of finding her on TV with some new program. And now that September has arrived, and with it the beginning of the new television season is approaching, many are wondering if there is something cooking for La Balivo. At the moment she doesn't let us understand anything, except for a comment on Instagram in which she reveals to a fan that before I see her again "it will pass a while, so I rejuvenate".

However, a clue could come from a close friend and colleague of his, Giovanni Ciacci. For years, he and Caterina have formed a sparkling couple at the conduction of Detto Fatto, with a harmony that the costume designer then struggled to find with Bianca Guaccero, who in 2018 took the reins of the Rai2 broadcast. So much so that the following year Ciacci abandoned the ship, even leaving the broadcaster.

As we said, a clue about Caterina Balivo's future plans could appear in the costume designer's Instagram photos: Ciacci has in fact shared a shot that portrays him together with his former companion in Detto Fatto. “Me and Chéry” – Giovanni simply writes the caption of the photo, which to be honest seems to date back to some time ago. Is his just a dive into memories, or does he want to discreetly indicate a "return of the flame" between him and the Balivo?

Fans, of course, are hoping that a new collaboration is in sight, even if not at the helm of Detto Fatto. Ciacci, however, is not unbalanced: to the many questions from followers, he prefers not to answer. And his social silence gives hope to all those who would like to see them again together. 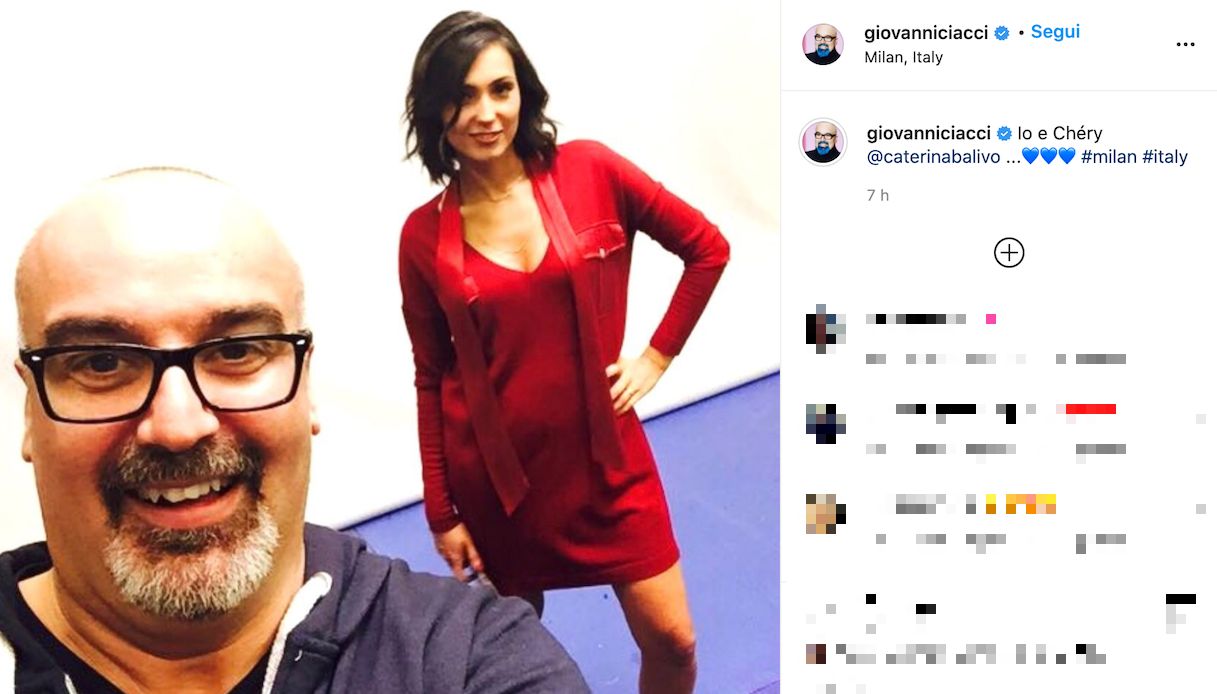