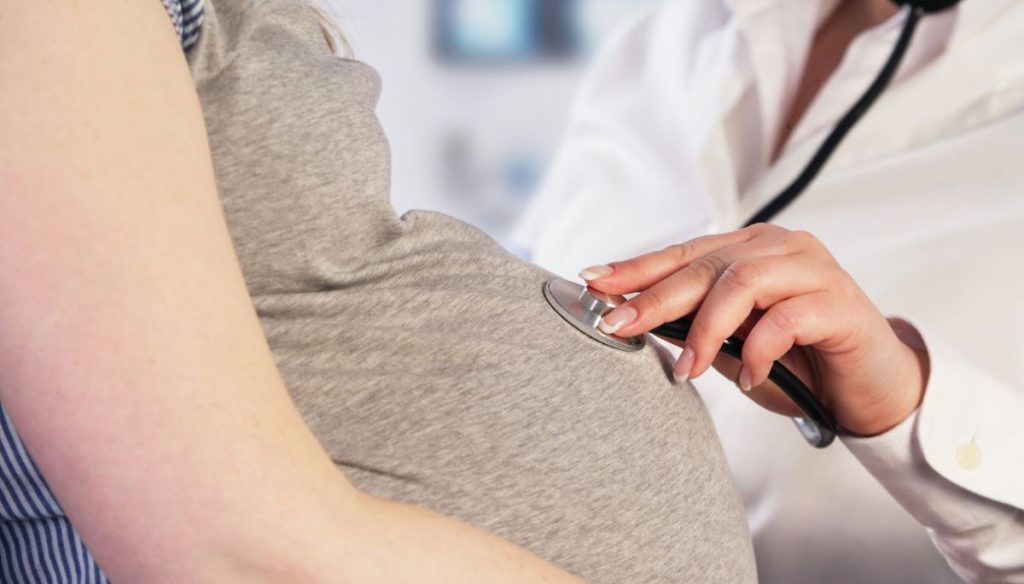 At-risk pregnancies can be determined by numerous factors such as stress, unhealthy lifestyle or past illnesses

Unfortunately, pregnancies do not always go as one would like. There are women who, sometimes, find themselves having to deal with a risky pregnancy, which involves higher risks for the fetus or for the expectant mother than normal. But what are the causes, symptoms and how should one behave when the gynecologist provides his diagnosis?

The causes of a risky pregnancy can be different. The most common are stress, the type of work performed, living conditions, the state of health with which the pregnancy arrives, age. And even the symptoms can vary widely: exactly like a pregnancy is never the same as another, even the risks and manifestations can change greatly from future mother to future mother. Let us therefore try to clarify something.

The most common causes of a risky pregnancy

The causes of a risky pregnancy can be the most diverse. First of all, they can depend on previous health conditions such as hypertension (although many women are able to complete their pregnancy without problems, even with high blood pressure, in some cases this causes damage to the maternal kidneys and increases the risk of having an underweight child ) or diabetes, as too high blood sugar levels can cause birth defects.

Other causes of a risky pregnancy are kidney disorders – which is why pregnant women who suffer from it have to undergo frequent medical checks, and follow an ad hoc diet and therapy – autoimmune diseases such as multiple sclerosis or lupus, diseases of the thyroid, birth defects, obesity or, on the contrary, a serious underweight. Among the pathologies that can develop instead during pregnancy, special attention must be paid to preeclampsia (the increase in blood pressure after the 20th week), which can damage the mother's kidneys, brain and liver and give the fetus chronic health problems, if left untreated, but also to infections such as toxoplasmosis, rubella or cytomegalovirus.

Beyond the pathologies, then, also the lifestyle influences the type of pregnancy that the future mother will have: the alcohol, for example, reaches the fetus through the umbilical cord and increases the risk of spontaneous abortions, congenital defects and syndromes fetus-alcoholic; smoking instead increases the likelihood of a preterm birth and the risk that the baby develops congenital defects or is affected by SIDS (the syndrome of sudden infant death).

Particular risk factors are finally considered twin pregnancies, which could result in a premature birth, and the age of the future mother: under 17 years, this is more subject to developing anemia and high blood pressure, while a first pregnancy after 35 years (although most often end without problems) increases the possibility of complications during childbirth, prolonged labor, the need for a cesarean and to have newborns with congenital diseases such as Down syndrome.

Symptoms and treatments of a risky pregnancy

The symptoms of a risky pregnancy depend essentially on the type of problem that affects the future mother. For example, it is good to undergo constant blood glucose checks to detect any gestational diabetes, which will then be treated with an ad hoc diet and, in the most serious cases, with insulin administrations.

To notice a possible pre-eclampsia it is necessary to control the arterial pressure (which must not exceed 140/90 mmHg), the protein levels in the urine and the presence of diffuse edema especially in the lower limbs. Symptoms that may make you suspect are: severe headaches, visual problems, pains in the upper right part of the abdomen, reduced production of urine, shortness of breath and sudden swelling. How is preeclampsia treated? Resolving with childbirth, doctors use supportive therapies for the mother accompanying the fetus to maturity, so as to make it born.

Finally, it is necessary to pay attention to the symptoms of a threat of abortion, which may consist of abdominal or back pain, sometimes associated with blood loss: if the pain is localized to the kidneys or lower abdomen, or severe blood loss is noticed, it is good therefore go immediately to the emergency room. At that point the doctor will determine if there is an abortion in progress or "only" a threat, which will be reduced with a period of bed rest, with abstention from sexual relations and with drug therapy in general in the form of progesterone eggs.

Ilaria Barabrossa
1834 posts
Previous Post
Maria Grazia Cucinotta: the return to the big screen with "Maybe it's just sea sickness"
Next Post
Meningitis, when and to whom the vaccine is used (The history of Amelia)
You must be logged in to post a comment.
Menu