Cellulite does not forgive, not even the stars: from Blasi to De Grenet 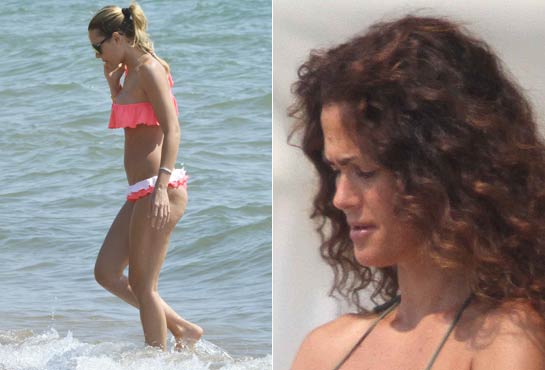 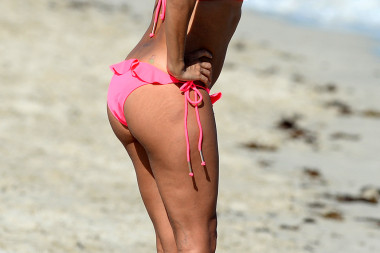 The cellulite of the VIPs: the pitiless images

It will perhaps be a trick to grab female sympathy, as Selvaggia Lucarelli malignantly claims, it will be because it is now a phenomenon so widespread that it is difficult to keep it hidden, the fact is that flaunting cellulite has almost become a fashion among the stars. Ilary Blasi, for example, nonchalantly shows her on the beach in Sabaudia. But she had already come out years ago, when she admitted that she was suffering from the annoying imperfection. Even Samantha De Grenet, from that of Forte dei Marmi, exhibits various imperfections and does not seem to worry at all.

The most striking case is that of Elena Santarelli, who posted photos in which cellulite overflowed from her swimsuit, even if according to Lucarelli it is the first case of Photoshop on the contrary: "You don't have that bad cellulite and falling and that cellulite is added with the uniposca ".

Noemi instead does not show evidence, but cellulite sings it, in "Empty to lose", a song written for her by Vasco Rossi: "Now I am here looking at myself, watching myself grow, my cellulite and my new awareness ". Arisa, who in an interview confessed that at home, alas, she wears overalls and short shorts "with cellulite in plain sight".

Finally, overseas examples are not lacking: Demi Lovato, not yet twenty-one, makes a wish on Twitter: "One of my great dreams, having collected Barbie since I was a child, is to have a personal one, but with my real body: weight and height ", including cellulite. The singer, who previously suffered from eating disorders, admitted to having cellulite, recalling that 95% of women have it. Sportsmen included, such as the unsuspected tennis champion Maria Sharapova. If so, for ordinary mortals there is no hope of getting rid of cellulite.

Giovanna Pirri
4621 posts
Previous Post
The secret to eating pizza without gaining weight
Next Post
Young "mammons": here is the ranking of the countries where the phenomenon is most widespread