Cereals: what they are, properties and benefits 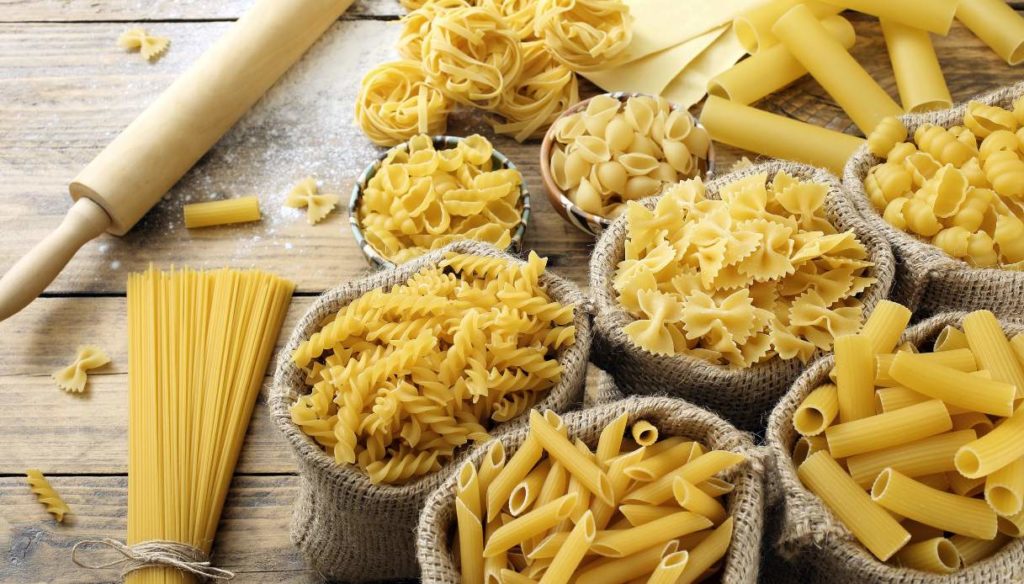 It seems there are more than 8700 species of cultivated cereals in the world, quite a considerable number, which must make us think. Why this great diffusion? What are the most important cereals? What properties do they possess, so useful to man? First of all, let's get to know them closely in detail, especially the most popular ones.

Wheat or grain is the main source of sustenance for mankind. The botanical name is Triticum and is distinguished in aestivum, the soft wheat, and in durum, hard to be precise. The grain of wheat is a caryopsis, consisting, proceeding from the outermost to the innermost part, of protective casings, from the endosperm, a floury structure in the aestivum version, vitreous in the durum, formed by starch and protein substances, and finally by the embryo, heart of the seed, patrimony for the future plant.

From the grinding of durum wheat semolina is obtained, from that of soft wheat flour, which can be wholemeal, if all the grain including the external integuments is ground, type 1 and 2 with a high content of starch, bran and proteins, type 0, with a minimum part of bran, and type 00 completely free of bran, obtained only by grinding the internal part of the grain. And the gluten that we hear so much about now only for the intolerances it brings with it? Gluten is formed ex-post, when the flour meets water during processing and its function is to aggregate, in fact it forms a sort of protein network that binds starch and carbon dioxide from fermentation. This process favors a soft and elastic leavening.

It is one of the oldest cereals. Its botanical name is Oryza sativa and there are many varieties of it, which differ according to the shape of the grain and its composition: white rice, black rice, basmati rice are some examples. Rice is highly digestible and absorbable by the intestine. It enriches the intestinal flora thanks to the carbohydrate component and regulates its functionality. It is a cereal rich in essential fatty acids, but also potassium and little sodium. It is a useful food for those suffering from celiac disease as it is gluten-free. The various types of rice also have peculiar characteristics and can be introduced as food to meet some specific needs: black rice or black rice is rich in proteins, it can be a good vegetable intake for those who do not eat animal-type proteins; brown rice is loaded with fiber, swells with water and satisfies the most voracious appetites, useful in case of difficulty in intestinal transit and in slimming diets; Basmati is the leanest rice, in fact it has a limited load of fat and can be a good substitute for bread to accompany other foods.

Corn like rice is a grass, its botanical name is Zea mays. It was brought to Europe by Christopher Columbus but has had a wide use of it only since 1800, declined in different forms and uses, so not only flour, but also oil, starch, the grains themselves. Like rice, corn is also a gluten-free cereal, so it can be easily absorbed with the added value of being rich in minerals and vitamins, such as iron, folic acid, vitamin B1 or thiamine. It is useful in case of anemia, recommended in pregnancy for the well-being of the mother but also to prevent possible pathologies affecting the fetus. Corn is an excellent source of fibers, indicated for the gastrointestinal system. The fibers slow down the absorption processes of sugars useful for the control of glycemic levels. In herbal medicine, corn stigmas are used for the preparation of draining and detoxifying mixtures.

Rye is a cereal belonging to the grass family, which grows at different altitudes and even on impervious terrain, resistant to various types of temperatures. Its botanical name is Secale cereale L. It is one of the most cultivated cereals in cold countries. There are two types of rye: winter rye, sown in July or August and the so-called dormant one sown in October. From rye flour is obtained for the production of bread, black bread, and rye flakes for breakfast. The nutritional values ​​of rye allow an important contribution in carbohydrates, proteins, mineral salts, such as calcium, potassium, magnesium, and vitamins of group B. It is a food considered highly energetic and rich in fibers that help peristalsis, the enrichment of intestinal flora, and also instills a sense of satiety. Rye is rich in lysine, an amino acid capable of maintaining the elasticity of blood vessels, which is why it is believed to exert an anti-atherosclerotic action. Unfortunately, rye is not suitable for everyone, as like other cereals it contains gluten, therefore not suitable for celiacs.

It is a cereal with very interesting nutritional characteristics for the well-being of the body. In fact, it is a slow digesting carbohydrate provider, meaning it releases energy in the long term without causing glycemic spikes. The British have been using it for a long time, just think of their famous porridge.

It is one of the richest foods in protein and an excellent linoleic acid supplement, useful for balancing cholesterol. Rich in fiber, it helps in low-calorie diets to instill a sense of satiety, help intestinal function and normalize weight. It has a low glycemic index, suitable for those who suffer from diabetes. The presence of avenin, concentrated above all in oat bran, gives it an energizing and invigorating action, an interesting aspect for those who practice sports or hectic pace of life.