Cereals: which are the least caloric, which ones to choose for breakfast and for the protein diet 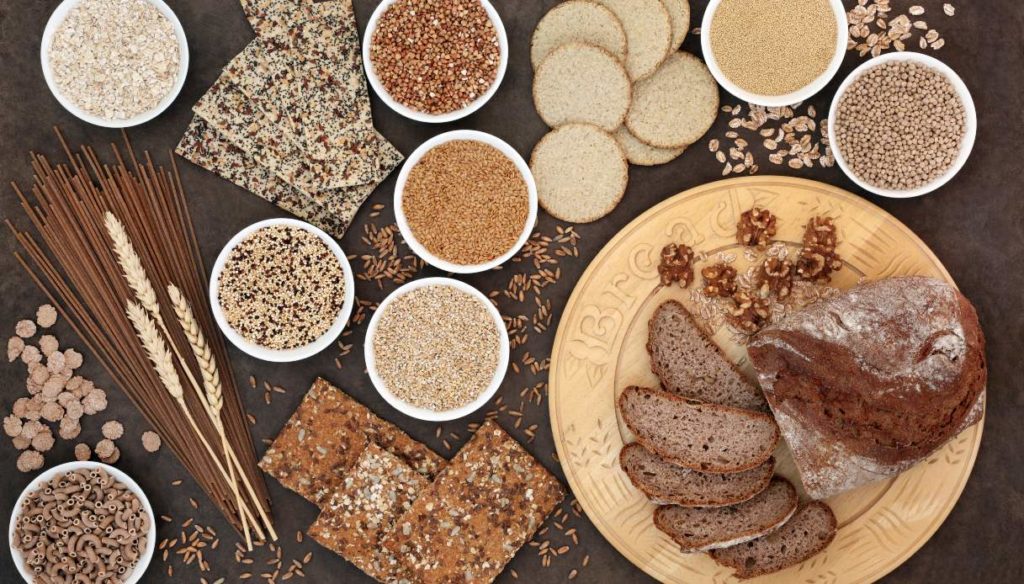 Cereals are the basic foods of our diet and should never be missing at the table: let's see how to choose them

What they are and what they contain

The term cereals indicate various species and entire genera of annual plants belonging to the Poaceae or Graminaceae family, whose cultivation and consumption date back to ancient times. The name cereal, which has no meaning from a taxonomic point of view, probably derives from Ceres, patron goddess of the crops. Certainly cereals were the first to be used by man for food and then also used to feed domestic and farm animals.

For example, the large family of cereals includes:

The geographical distribution of cereal crops depends above all on the environmental and climatic needs of the plants, in addition to the consumption habits of the various populations. In hot countries, for example, mainly rice, corn and sorghum are grown, while wheat, barley, oats and rye are more common in regions with a cold-temperate climate.

All these plants are used for their great food value given above all by the starch content, the main energy source for humans and low in fat, present in small percentages only in the germ. The proteins contained in cereals are around 10% and are deficient in some essential amino acids, in particular lysine. Furthermore, the protein fraction of cereals is difficult for our body to assimilate, since proteins are often associated with structures containing cellulose. For this reason, cereals should always be associated with legumes, in order to complete the amino acid profile. The fruit of cereals – called caryopsis – also contains other important nutritional substances at the level of the integument, that is the external part, in particular vitamins of group B and mineral salts which are unfortunately removed during the refining processes, but which are preserved in cereals integral.

False cereals are also included in the large family of cereals which, although they have some different characteristics than real cereals, are used in the same way. Examples of false cereals are buckwheat (Fagopyrum esculentum, family Poligonaceae), quinoa (Chenopodium quinoa, family Chenopodiaceae) and amaranth (Amaranthus, family Amaranthaceae), which have a higher mineral and vitamin content than cereals, they are naturally gluten-free and are richer in high biological value proteins and are suitable for breakfast and protein diets.

Cereals represent one of the foods most present in our diet, not only because they are versatile products in the kitchen, but also because the carbohydrates in which cereals are rich are the main source from which our body draws energy. As a result of the digestive processes, in fact, our body degrades the carbohydrates present in cereals and obtains glucose, a fundamental molecule for obtaining energy in the short and long term. Carbohydrates are the elective energy source of the nervous system, kidney medulla and red blood cells and their digestion does not give rise to the formation of potentially dangerous intermediates or end products as occurs for other categories of foods. Cereals are also rich in B vitamins and insoluble dietary fiber, a substance capable of absorbing water and swelling, promoting the feeling of satiety and improving intestinal transit, so as to contribute to the proper functioning and health of the intestine.

For all these reasons, 45-60% of our daily energy needs should be provided by the consumption of carbohydrates and cereals should never be missing in the daily diet. Clearly not all cereals are the same and, in addition to differing in glycemic index, they have different profiles in relation to the content of calories and nutrients, including proteins.

Which ones to choose based on calories and protein content

The nutritional profile of cereals varies from one species to another, although the protein content and calories have similar values ​​in almost all varieties. In general, an 80 gram serving of cereals provides about 280 calories: the least caloric cereal is probably wheat, with 330 kcal per 100 grams, followed by barley and rice, while the most caloric is oats (378 calories , again referring to 100 grams of raw product weighed). The glycemic index also varies from one grain to another and is generally lower in whole grains than in refined ones.

The protein content is between 7 and 12 grams per hundred, with peaks of 15 in spelled and quinoa, a false cereal, ideal for breakfast and for the protein diet. As for proteins, it should be emphasized that the protein fraction of many cereals contains gluten, an important substance from a nutritional and technological point of view but problematic for celiac people. Gluten is in fact responsible for the viscosity, elasticity and cohesion that allow the production of pasta and bread but, in some people, it causes an important pathology known as gluten intolerance or celiac disease. People with celiac disease show more or less severe symptoms that arise after consuming flours, biscuits, bread and other products made from cereals containing gluten. Such symptoms include diarrhea, vomiting, lack of appetite, weight changes, and numerous other manifestations. To avoid symptoms it is necessary to exclude from the diet cereals that contain gluten, therefore wheat, barley, rye, spelled and, in some cases, even oats. On the other hand, rice, corn and false cereals such as quinoa and buckwheat can be eaten without problems.

Maria Teolis
3540 posts
Previous Post
Dayane Mello, the truth about Balotelli: "Several meetings, the last one 5 months ago"
Next Post
X Factor 2020, the final: singers in the competition, duets, guests and the words of the judges