Characteristics of the Steinerian method for school 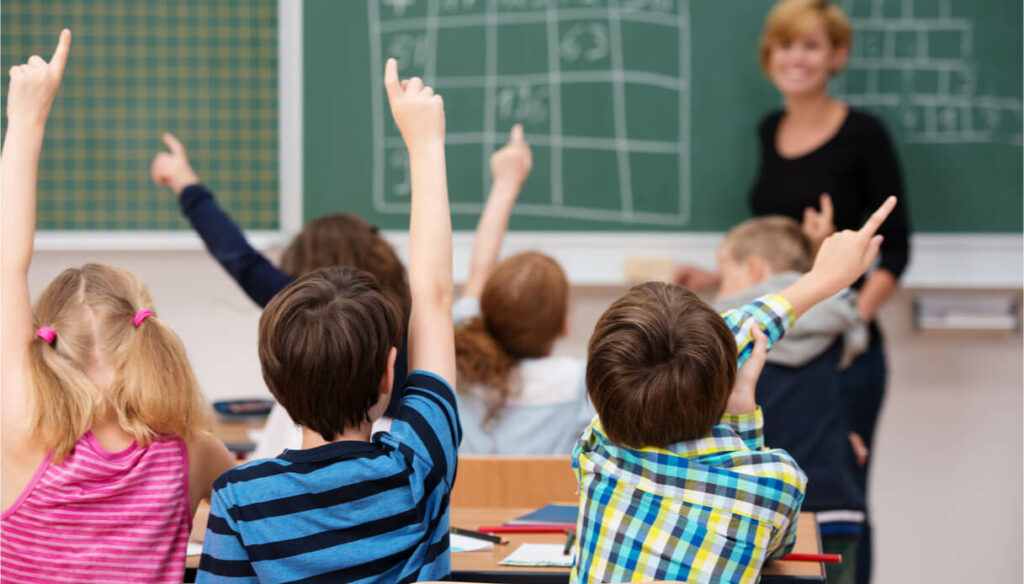 The Steiner method is based on the thought of Rudolf Steiner and is an educational approach that takes care of the little ones from a few years before the start of kindergarten up to the age of majority. The name might appear very austere and severe, but in reality it finds its foundations in holistic thinking, for which, since childhood, one learns to have a strong respect and love for the surrounding environment, nature, animals and, obviously, the next one. There is also a great deal of interest in creative and artistic subjects and the space dedicated to classical teaching must not compromise the time that is spent to develop the expressive aspect of the little ones.

The Steiner school has the main objective of enhancing intelligence, respect, positive feelings and will and it is absolutely no coincidence that today it imposes itself as a current social confirmation, as well as an excellent alternative to the traditional school. To fully understand this innovative method, it is important to start from the origins: the Steiner schools, also known as Waldorf, date back to the early twentieth century, years of enormous changes and unparalleled revolutions, even from a pedagogical point of view. Precisely in this era the classical teaching method was strongly questioned, based mostly on very strict notions, theories and grades.

Despite the fresh and innovative approach, these schools are promptly suppressed during the National Socialist period, as a newborn decree categorically prohibits the establishment of new first classes. Only later did the Steiner school experience a period of flourishing development, right up to the present day: today, in fact, it is really widespread and highly appreciated.
This innovative method has achieved surprising success all over the world, so much so that even the countries that fought hard to obtain it today are fighting just as hard to be able to preserve and maintain it over time.

Steiner school: why is it also called Waldorf?

The Steinerian school is also known by most as Waldorf and to understand its motivation it is necessary to take a few steps back, far behind. Most of these schools were born after Steiner’s death in 1925, but the first was founded in Stuttgart by Emil Molt, director of the Waldorf Astoria cigarette factory, whose desire is to create a school for all the children of workers with scarce economic possibilities. A simple, beautiful and moving story, through which it is possible to perceive a strong sense of humanity and love towards one’s neighbor and those in evident difficulty.

In the last decade we have witnessed an unstoppable expansion of school realities that promptly refer to the pedagogical idea underlying this educational method, which is now highly sought after. A pedagogy that now proves to be global, versatile because it is easy to re-elaborate and with guaranteed success.

Waldorf schools are now found all over the world, even in the most distant and unthinkable places: Lebanon, Israel, South Africa, Colombia, China, Nepal, Thailand, Korea, just to mention some of the largest countries on our Earth. An astonishing increase, equal to 500% in just twenty years, if only one tries to imagine all the obstacles that are essential to overcome in order to build these schools.

Steiner school and traditional school: all the differences

There are many differences that are hidden between the Steiner school and the traditional one, starting with the name, which is very ancient and with a history steeped in pedagogy. First of all, the Steinerian path also integrates various spiritual, philosophical and physical components into the teaching, not considering mandatory some notions that are fundamental for the traditional school.

The Steiner school develops an educational path that is divided into three well-defined cycles: the first, the second and the third, very simply. The first cycle includes the period from birth to 7 years of the child’s life and it is a moment in which the little ones are committed to drawing on the most good and creative from the outside world.

To learn how to do this, it is therefore essential that the child approaches manual and adult activities. The second cycle, on the other hand, up to 14 years of age, is characterized by bodily evolution: the Steinerian educational method aims at the formation of the sense of aesthetics, as well as the discovery of feelings and the world in general. The third and last cycle, finally, considers the boy as a real man, who has done a very intense work on himself. In this case, the Steiner school aims to stimulate reasoning, the constant search for truth and the intellect, as well as one’s place in the world.

The lessons of the Steinerian school

The cadence of the lessons of the Steinerian school is very similar to that of the traditional school and follows the succession of the seasons: in winter we study carefully, while in summer we dedicate ourselves to sports and outdoor recreation. We tend to prefer natural and low-polluting materials, always trying to maintain a strong connection with nature and respecting the surrounding environment, improving sensory perception.

An interesting detail of the Steinerian educational method is the total absence of grades and failures: each student, in fact, receives a report card that outlines his profile and some practical suggestions to take the future path.

The main teaching of the Steinerian school is defined as “Epoch” and refers to a set of subjects, such as art, history, Italian, mathematics, geography, drawing, for a duration of approximately 2 hours a day. Alongside, it is possible to observe other teachings such as, for example, music, foreign languages, singing, manual work. There are also many subjects that require a strong practical and creative approach: weaving, ceramics, binding, gardening, acting.

Who can teach in a Steiner school

Anyone wishing to teach at a Steiner school must necessarily be in possession not only of the traditional degree, but also obtain a specific preparation with a pedagogical imprint. To get to teach in this type of school, it is mandatory to have carried out a long and intense training period during which future teachers are supported by teachers from the Steinerian school, with the aim of learning as much as possible.

Study, clearly, is not enough to become educators of the Steinerian school: a vocation and a strong interest in the inner and outer development of the student are indispensable.

The teacher must act as a guide for the child and, in this regard, during the first years of school there is only one teacher for all subjects. The following years, on the other hand, foresee an important work aimed at allowing or developing an autonomous capacity for development, with the support of the masters. The relationship that is established between students and teacher must be true, strong and honest: only in this way will it be possible to achieve the educational goal.

The Steinerian school is based on the principle of the value of human relations, even before money. In fact, an interview with the future student’s family is mandatory, which is aimed at verifying the financial resources and any limitations. Parents who are unable to pay the full tuition must engage in supplementary work, donations, sponsorships and various contributions.

In Milan, for example, the monthly cost of this school is around 400 euros for the first 7 years, up to three thousand euros for the last ones. In short, the Steiner school is certainly an investment capable of bringing excellent future results. Before proceeding to schedule an interview, it is advisable to discuss with the family and verify that this can actually be the ideal alternative for raising your children.

Steiner School: among so many pros, are there also cons?

Everything in the world carries with it pros and cons and this also happens in the Steinerian school. The criticisms leveled at this school system are based on the educational approach. There are those who consider this method in reality not very effective and useful for the future and extremely based on a purely pedagogical concept.

There is a tendency to think that what has been learned cannot actually help to reach a job position of a certain importance, even if this can be partially denied, considering the subjects that are taught. It is still a question of school.

The Steinerian school also means scarce use, or almost non-existent, of new technologies: today, in fact, it is very difficult to think of a school without computers, tablets, iPads and so on. For some families this represents a huge setback.

Furthermore, there is no obligation to present vaccination certifications and this is unfortunately a big negative point even if, following some fines, several schools have introduced the obligation to vaccinate. Analyzing point by point, in reality, this is perhaps the only one against the Steiner school: the health of children and of those who work in contact with them is certainly the most important aspect to take into consideration.

The pros in favor of this educational method strongly influenced by the world of pedagogy are far greater: study of creative and practical subjects, development of a strong sense of aesthetics and beauty, development of a particular inclination to the value of human relationship.