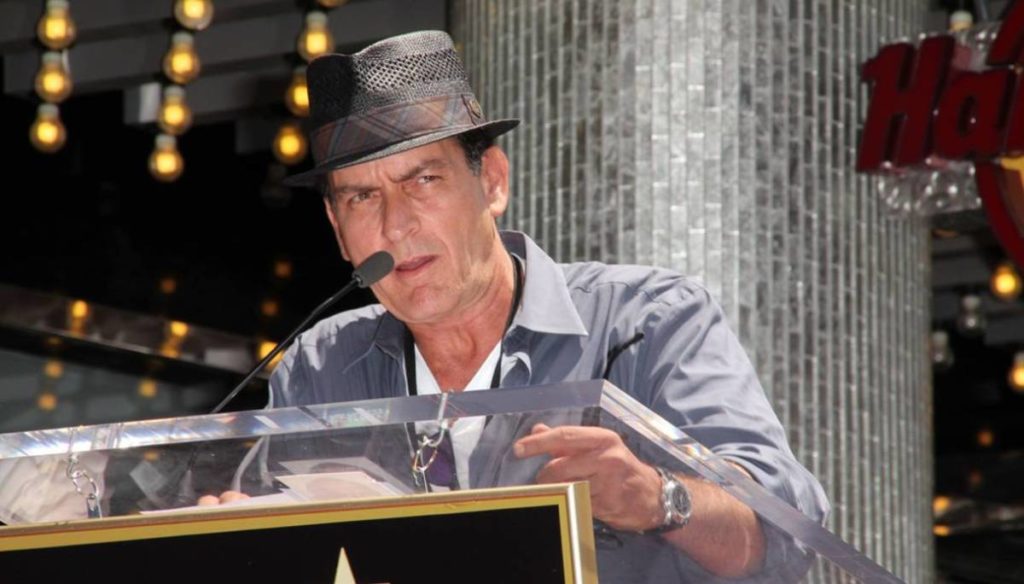 Charlie Sheen is best known for his rowdy private life rather than his acting career. Let's find out more about this particular character

Charlie Sheen, pseudonym of Carlos Irwin Estévez, was born on September 3, 1965 in New York. He is a son of art, as his father, Martin Sheen, is an established actor, very prolific in the seventies and eighties. Charlie made his film debut in 1984 in the war movie "Red Dawn". He immediately proved to be a very versatile actor, capable of adapting to various cinematographic genres. Among his most famous films we mention the comedy "Major League", the busy "Platoon" and "Wall Street" and the comic-demential strands such as the various "Hot Shots!" And "Scary Movie".

In 2000 Charlie Sheen landed on television in the sit-com "Spin City", in the role of vice-mayor of New York. This interpretation makes him win, two years later, the Golden Globe for best actor in a comic series. From 2003 to 2011 he covered the role of the protagonist in the famous comic series "Two and a Half Men", one of the most popular in the USA. The smash hit of the television series led Sheen to receive $ 1 million and $ 250,000 a single episode for the eighth season.

In March 2011, the actor was fired from Warner Bros, the series' production company, because of his excessive use of alcohol and drugs and replaced by Ashton Kutcher. His latest work was the sit-com "Anger Management", in which Charlie Sheen played the role of a specialist in anger management. His private life has been turbulent since adolescence. He has been married three times and has five children. Her first daughter had it when she was only 19 and still attended high school. In 1990 he was accused of accidentally shooting actress Kelly Preston, his girlfriend at the time and current wife of John Travolta.

In 2009 he was arrested for pointing a knife at the throat of his then wife Brooke Mueller. In November 2015 he declares, during a television interview, that he has been HIV positive for four years. The abuse of alcohol and drugs has led him to undertake recovery programs several times. The unrestrained lifestyle of the character he played in the "Two and a Half Men" series reflects very much that of Charlie Sheen: slacker, womanizer, alcoholic and inveterate gambler. So here's who the American actor Charlie Sheen is.

Giovanna Pirri
4634 posts
Previous Post
Neither Bova nor the children: the real victim is Chiara Giordano
Next Post
Pears, a cure for the colon and the immune system