Chef Damiano Carrara is getting married, confirmation on Instagram 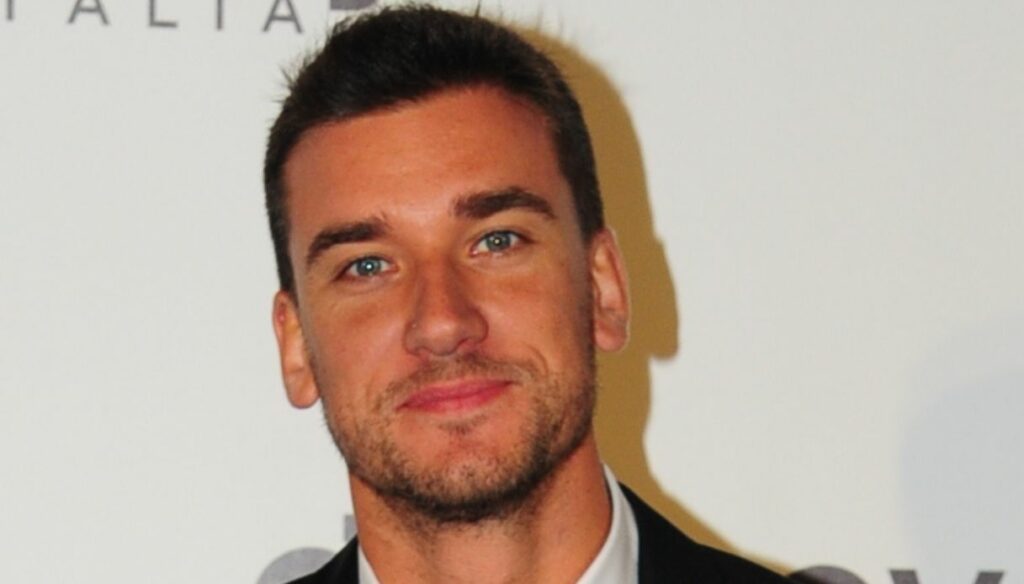 Official announcement of the chef, who shared his happiness with followers on Instagram 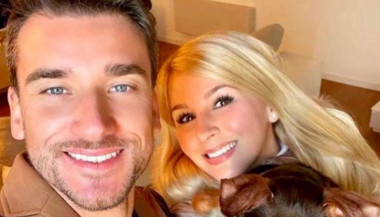 The rumors have been confirmed: Damiano Carrara, pastry chef also known for his participation in some television programs, is getting married.

He himself revealed it with a post on Instagram that portrays him together with Chiara, the future bride, but the news had already leaked a month ago: it was revealed by Santo Pirrotta during the transmission Every Morning, broadcast on TV8 which he had stated that the invitations had already been sent and that the wedding will take place in Lucca in Tuscany in June.

Now the news has become official thanks to the post that the chef has published on his very popular Instagram profile. Damiano Carrara shared an image that sees him together with his partner (and the little dog) smiling happily at the camera: a spontaneous shot accompanied by a long caption.

“He said yes! – wrote the chef, words to which he added the emojis of the heart and a ring – You know that I love to share with you all my achievements, creations, discoveries and joys that this work gives me. On the contrary, I have always been very reserved about my private life, protecting it and leaving it out of social networks or TV screens. But now I want to let you know that you are part of my daily life and that you follow me, even this part of me, to introduce you to Chiara, this family that is being born and that is one step away from one of the most beautiful moments … in fund to love and be loved is the greatest happiness that life can give us ".

Deep words and full of joy for a very special post, because Damiano Carrara does not usually share aspects of his private life, as he himself explained has always been very reserved. But in this case he made an exception to the "rule" in order to share the joy of the future step he will take with Chiara, his partner.

Born in 1985, Damiano Carrara was born in Lucca and had a good career first in California where with his brother he gave birth to two Carrara Pastries, then taking part as a competitor in some coking shows. Then it was the turn of the return to Italy where he took part in some successful TV shows: BakeOff Italia and Junior BakeOff as judge, host of Cake Star and Fuori Menù.

Now he is preparing to take an important step and his joy has been welcomed with enthusiasm and many likes also by his followers. 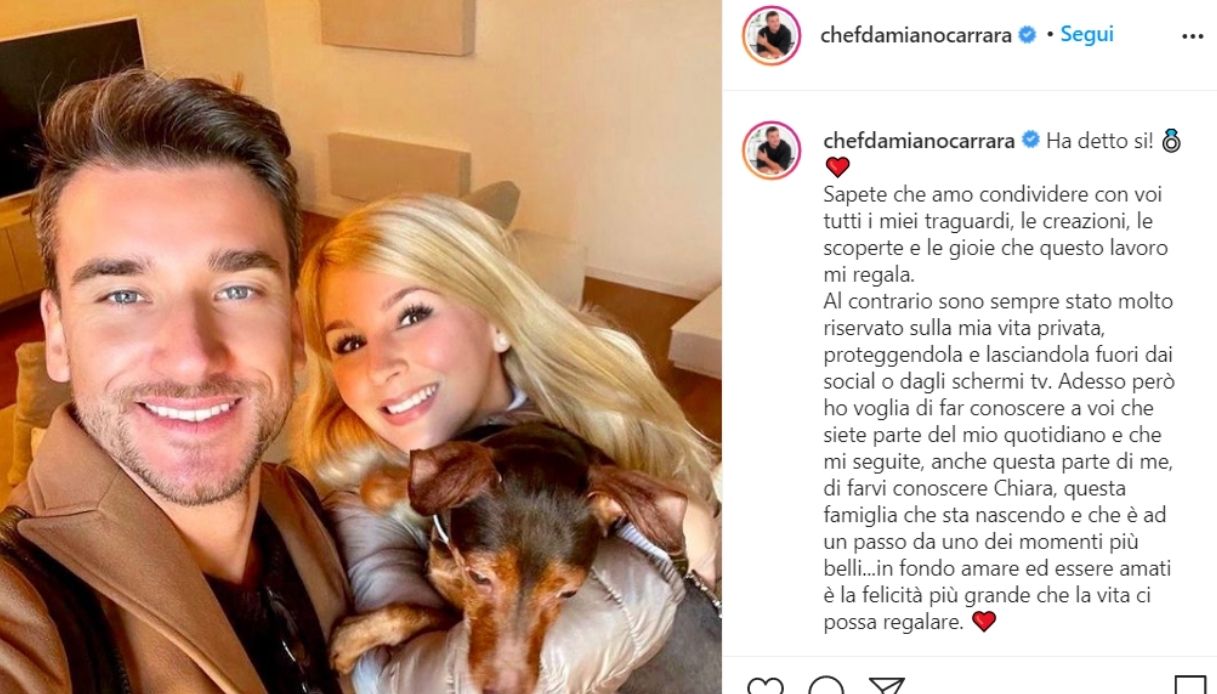 Barbara Catucci
7948 posts
Previous Post
Who is Piers Morgan, the reporter who attacked Harry and Meghan Markle
Next Post
Luis Miguel, why Who saw it? he takes care of his mother, Marcella Basteri