Chiara Giordano finds love again with a Domenica In dancer 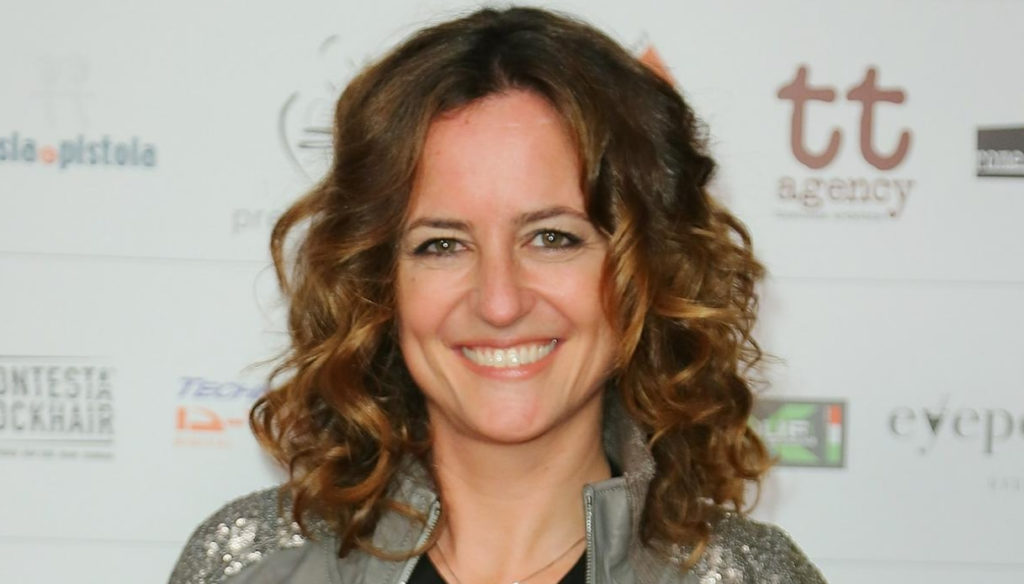 He is Andrea Evangelista, currently engaged in the study of I Fatti Vostri with Samanta Togni

Chiara Giordano is in love. Raoul Bova's ex-wife, who has been linked for years to Rocio Munoz Morales from whom he had little Luna and Alma, was photographed in very tender attitudes with the dancer Andrea Evangelista.

Dancer and choreographer, Evangelista is a well-known face of several TV broadcasts. Among these, it is possible to mention Domenica In but also I Fatti Vostri, where she performs with the new co-host of the program Samanta Togni, highly appreciated in this role.

The weekly Diva & Donna made known the acquaintance between Chiara Giordano, 47, and Andrea Evangelista, 32. On the pages of the tabloid, in fact, you can see the shots of the couple on the streets of Rome.

Evangelista and Bova's ex have known each other for years. From the photos mentioned above, which show them hugging each other tenderly and exchanging kisses, what was born as a friendship may have turned into something deeper.

The dancer and Chiara Giordano, competitor of Amici Celebrities in autumn 2019, were photographed in the company of Samanta Togni and her husband, the cosmetic surgeon Mario Russo. The two couples, sitting at the table of a bar in the capital, show great complicity.

Separated from Raoul Bova since 2013 – from their love Alessandro Leon and Francesco were born, now in their twenties – Chiara Giordano appears radiant. It could not be otherwise, given that, as shown by the photos cited above, she is experiencing a magical moment, with a person with whom she also shares a great passion for dance (Giordano has shown off her skills as a dancer in different situations, from stage of the Mediaset broadcast up to moments of fun with friends like Gabriel Garko).

The news of Chiara Giordano's new love comes at a special time also for her ex-husband. As revealed in recent weeks by Nuovo, Bova would be ready to marry his Spanish colleague Rocio Munoz Morales.

Raoul and Rocio, with the marriage would consolidate an already very strong bond which, as specified above, led them to become parents of two girls. Meanwhile Chiara Giordano, who has remained on excellent terms with her ex-wife, smiles again next to Andrea.