Chickenpox, as it is recognized and addressed: between papule, pustule and crust 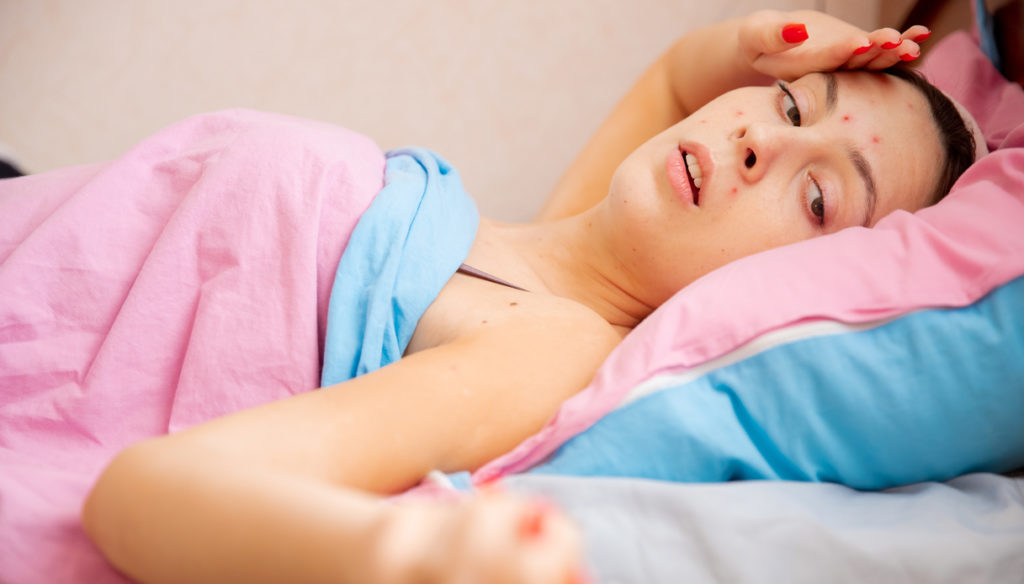 Chickenpox is an infectious disease caused by the VZV virus and can lead to complications especially in adults: symptoms, treatment and vaccine

The period is at risk. Chickenpox, in fact, occurs particularly in the winter months. And it must be recognized, also because, especially if it affects adults, it can give rise to complications. This is not a rare occurrence: some research shows that in almost fifteen cases out of a hundred the infection is not contracted in childhood and therefore, in the event of contagion, it can more easily give rise to other health problems. Having said that there is a specific vaccine, here's what you need to know to deal with the infection.

Chickenpox is caused by the Varicella-Zoster virus also known as VZV. It has man as its only reservoir and is transmitted mainly by air, through the Flugge droplets that are emitted. However, even direct contact of a susceptible subject with the skin lesions of a patient suffering from chickenpox or herpes zoster (the one that causes St. Anthony's fire in adults, not to be confused with cold sores), can be infectious. Typically, the incubation period for chickenpox varies from 14 to 16 days; the interval between the infection and the clinical manifestation of the disease (exanthema) can be even longer.

In terms of symptoms, generally the signs of the disease appear shortly before the appearance of the classic lesions, in the form of fatigue, general malaise and in many cases a slight fever. Then there is the eruption, with the appearance of the typical lesions, which mainly affect the chest and abdomen but then can develop in any part of the body, they are at first red and very itchy, then more yellowish until they turn into scabs. The acute phase of the disease lasts on average from four days to a week, and after about three weeks even the last scabs disappear.

As a rule, the infection is particularly contagious only in the very first days of illness, and almost always after a week from the appearance of the first blisters the patient is no longer able to infect those around him. When the infection is contracted in adulthood, it takes on a more prolonged course and manifests itself with more disabling symptoms than is observed in children, so much so that hospitalization may sometimes be necessary.

The hypothesis is that the propensity of adults to develop severe forms of chickenpox is related to the lower defensive response observed in this population compared to children. In all cases, however, among the complications that chickenpox can cause there are also bacterial superinfections, otitis media, endocarditis, pneumonia and complications of the central nervous system that can lead to even long-term treatment.

How to deal with it

Chickenpox normally passes without problems in children, who need antihistamine drugs or simple ointments to prevent scratching and therefore the risk of bacterial infections on the lesions. In adults it can create complications and antiviral drugs are sometimes used. In any case, prevention is fundamental: there is the possibility of getting vaccinated and, together with the doctor, it is always right to explore it.

Gianluca Zompi
1550 posts
Previous Post
Cristina Chiabotto is pregnant: on Instagram the first photo with the baby bump
Next Post
Mara Venier, record with Domenica In. And the leather look is enchanting