Childhood cancers: what they are and how they can be fought 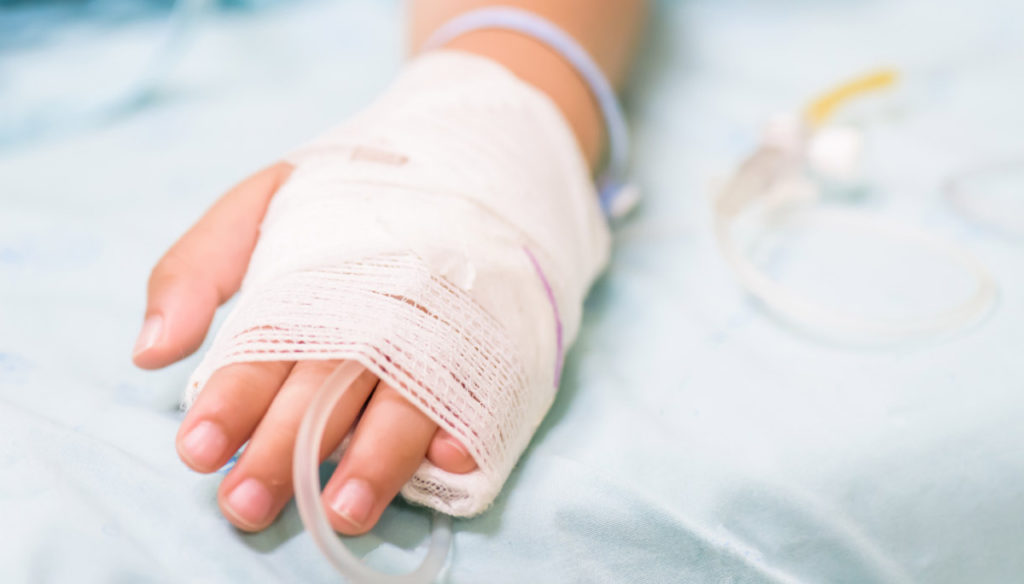 Thanks to research, over 80% of children and adolescents are alive five years after being diagnosed with cancer, but AIRC recalls the need for increasingly specific therapies

For many pediatric cancers, especially the rarer ones, specific therapies are lacking, so that children and adolescents are often treated with adult protocols. It is urgent for this to develop increasingly personalized and less toxic therapies formulated on the basis of dedicated studies.

In the 1970s, only 3 out of 10 children survived a diagnosis of cancer, but today 3 out of 4 recover completely, thanks to the extraordinary progress achieved by doctors and researchers in understanding the basic molecular mechanisms and studying new treatments.

On the occasion of the International Day against Childhood Cancer, on February 15th, the AIRC underlines the importance of developing therapies even for small patients suffering from diseases that are still difficult to treat.

For some neoplasms, such as leukemias and lymphomas, research on pediatric tumors is experiencing a revolution: this is the case of the so-called CAR-T therapies: cells of the patient's immune system (T lymphocytes) are collected and "armed" through genetic editing of a receptor (CAR) capable of attacking cancer cells. The cells treated in this way are reintroduced into the patient's bloodstream to eliminate cancer cells.

Andrea Biondi, an AIRC researcher at the University of Milan Bicocca and San Gerardo Hospital in Monza and owner of an Accelerator Award supported by AIRC together with Cancer Research UK and FC AECC (Fundación Científica – Asociación Española Contra el Cáncer) explains : "For the first time it is possible to create the treatment using the patient's own cells, and we are talking about children who had no chance, since they had not responded to any other cure available today. Now the goal is to make this innovative treatment more accessible and economical and find ways to apply CAR-T to other types of cancer ”.

The AIRC researchers are also committed to dealing with rare tumors that affect children, such as bone and soft sarcomas, brain tumors and those that attack the central nervous system.

In the field of osteosarcomas, a study by Nicola Baldini, AIRC researcher in Bologna at the University and the Rizzoli orthopedic institute, identified a mechanism that causes stem cells to repair the tumor as if it were a wound, favoring its progression . In a new project underway, again with the support of AIRC, Baldini is also expanding research into the microenvironment surrounding the tumor, to better understand the mechanisms that regulate it and identify targets to target new targeted and increasingly effective therapies .

With regard to neuroblastoma, the most widespread form of cancer affecting children under the age of five, an international group of researchers has highlighted for the first time the close link between the MYCN oncogene and the rapid production of polyamines, a set of molecules with a crucial role in cell growth and proliferation, whose number increases dramatically in cancer cells.

"With this study – explains Giovanni Perini, professor at the University of Bologna, head of one of the three main laboratories that coordinated the research – we have highlighted how the MYCN oncogene is capable of regulating in a different way more than twenty genes responsible for the synthesis, degradation and amount of polyamines, making the cancer cell almost unassailable ”. On this basis, the researchers identified a new inhibitor that could help block tumor cell proliferation. The results of the study, supported by AIRC, were published a few days ago in the journal Science Translational Medicine.

AIRC has made available a guide where parents can find the information they need to defend their children from cancer, and answer the most common questions after a diagnosis or during treatment. To combat this disease it is in fact essential to know the progress made in research, early diagnosis and therapy.