Clizia Incorvaia talks about the mental and physical fatigue of a mother and the consequences on breastfeeding, and responds to criticism on Instagram 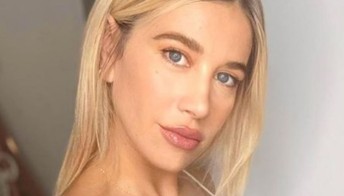 Clizia Incorvaia, who recently became a mother for the second time, has decided to tell on Instagram what is happening to her regarding motherhood and breastfeeding. She did it with the extreme sincerity that distinguishes her and in an attempt to give comfort to other women who have lived or are experiencing the same situation as her.

Clizia Incorvaia, because she can no longer breastfeed

On February 19, 2022, little Gabriele was born, the result of the love between Clizia Incorvaia and Paolo Ciavarro who continue to be one of the most loved couples on social media despite the fact that someone at the beginning would not have bet on them. The two share a lot of their private life, but always with care and, where possible, sending positive messages to the people who follow them.

This was also the case of the last message published by Clizia Incorvaia: a post with many photos of her and little Gabri in which they appear very sweet and convey a great and pure love during breastfeeding. Now, however, the former gieffina has decided to communicate the period she is going through to everyone, and she did so by writing a long dedication in which she first addresses her son and then all the mothers who follow her: “I nursed you as long as I had the milk … I must say that if on the one hand breastfeeding establishes an almost alchemical bond with your baby, on the other it requires a not indifferent nerve strength, because if you don’t sleep all night you are exhausted and you can’t stand it standing up, ”he explained before communicating that his body“ stopped ”when his mind was too tired. Clizia, therefore, can no longer breastfeed and has decided to send a message of comfort to all women who live in the same situation as her: “I write this post for all women who decide not to breastfeed or do not have milk and live this thing like a defeat. No girls, it’s not like that, you will only give the best version of being a mom if you are SERENE and to hell with all the social pressure that tells you what mom you should be. You know how to be ”.

If after the last post by Clizia Incorvaia in which she announced that she can no longer breastfeed there were many positive comments, as usual there were those messages full of hate or simply devoid of delicacy, with the intent to make her feel an inadequate mother compared to those who have the opportunity to breastfeed their children.

But Clizia never lets herself be bogged down by negative comments, and as usual she manages to answer directly: “Nina (her first daughter) I breastfed her only with mother’s milk until the seventh month, but I will not have any medal at I deserve it and neither do I expect it. This means that you are still a good mother “, this is the response from Clizia who once again managed to send a definitely positive message as she has done on other occasions, for example for the question of the body that changes with pregnancy and the sense of shame that shouldn’t exist, especially if it comes from third parties who have no right to question other people’s lives.