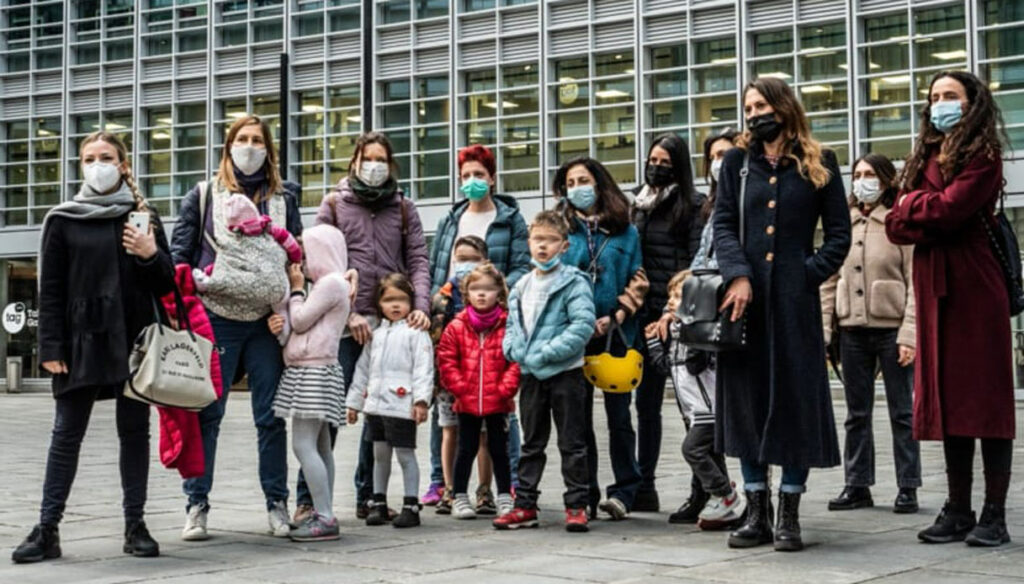 Freelance, a 5-year-old boy, decided to go to the headquarters of the Lombardy Region with his son: "To remind the institutions that we can no longer see it alone, that they have to take care of citizens, and they can start" looking after "our children while we work"

Francesca D’Addario lives in Milan, has a partner and a son in the last year of kindergarten. Francesca is a mother like many others, a working mother. She is part of that army of women who in the last year has made do as best they could, including lockdowns, intermittent school closures, managing a 5-year-old child and her job, the one that "feeds her" .

Francesca on 3 March 2021, the date on which the closure of schools was announced, this time also including those of childhood, decides to implement a symbolic protest: "To remind the Lombardy Region that we can no longer see it alone, that they have to take care of the citizens, and can start "looking after" our children while we work ». And at 3:30 pm sharp the next day he goes to the Palazzo della Regione, in Piazza Città di Lombardia 1 in Milan, and starts his peaceful and symbolic protest.

"The intent is not to demand the immediate reopening of schools – he specifies in his post – which is not possible for obvious reasons. The intent is simply to stop remaining silent and ask for more responsibility from the institutions. Even if “it's useless” ». 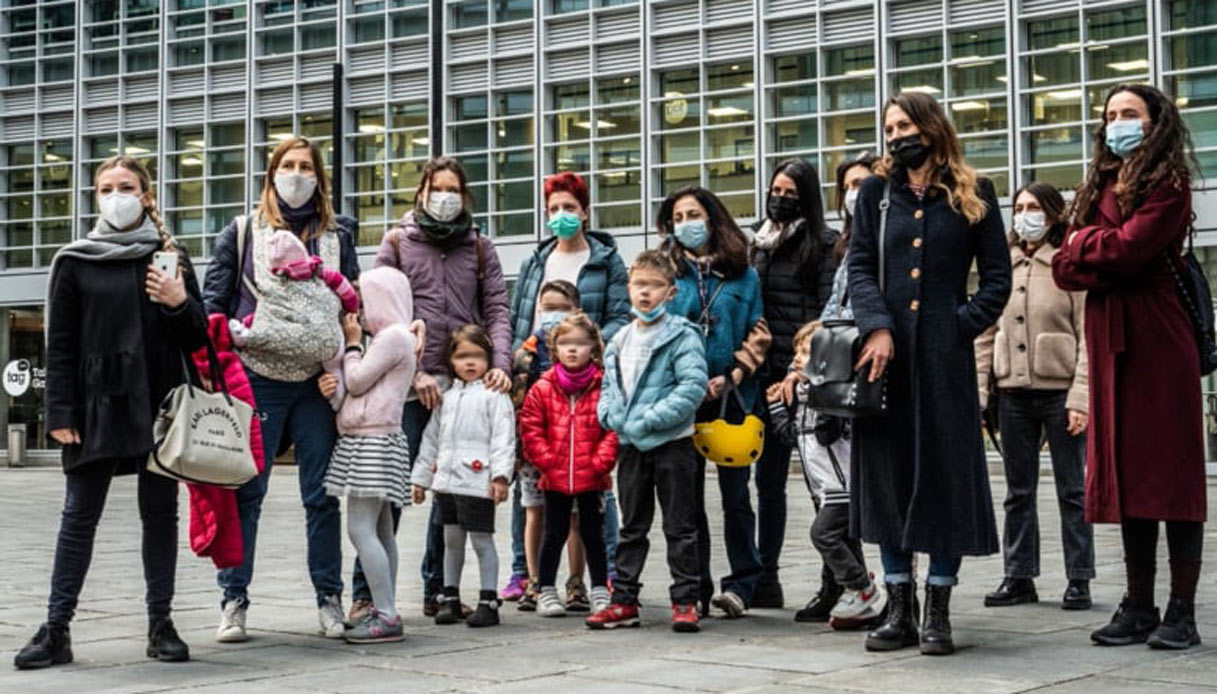 «I have never been politically active – Francesca tells Tipsforwomens – I am a free lance and I write texts for advertising and the web. My family is made up of me, my freelance partner too, and my 5 year old son. We have no grandparents close by. We have a babysitter who helps us a few hours a week, no more because it would be an unsustainable economic cost ».

"When the news of the closure of the school arrived the day before for the day after, after a year of continuous openings and closings, I didn't see us anymore – continues mother Francesca – I went to the Lombardy Region, without a plan or a strategy, together with a colleague of mine. And we stayed there until the councilor for Family, Social Solidarity, Disability and Equal Opportunities Alessandra Locatelli welcomed us into her office ".

“We had a chat. Of course, I wasn't expecting resolutions. But as a citizen what I would like is greater transparency and communication with those who govern, at all levels. We are in the same conditions as a year ago, where the closure of schools is announced from one day to the next. From there came the idea of ​​working in the atrium of the Region, together with my son, as if he were symbolically entrusted to the institutions. I wrote this thing on Facebook by sharing it on the MamiClub page and many have answered me. There were 20 of us, but I want to say that I don't want to organize a sit in or who knows what. I just want to make my voice heard, express my right, mine and my son's, to be there. And I want to do it every week, in the Palazzo della Regione. It is no longer a health emergency, it is a social emergency. I do not deny the gravity of the situation, but a year later we are back to square one. I wish we could go on. ' 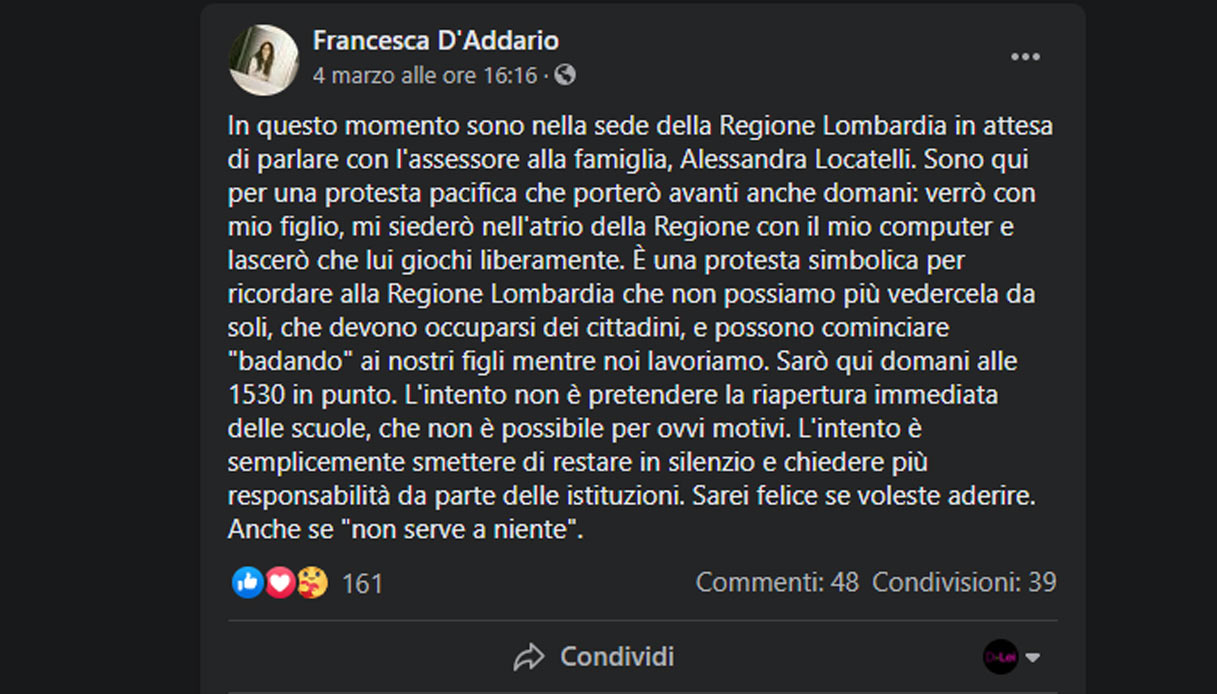 Lorenzo Gavazzi
2333 posts
Previous Post
Strip the News, because the conductors change
Next Post
Ludovica Bizzaglia, natural on Instagram: "Everything you see is not always real"