Coachella: 10 things to know about the glam festival 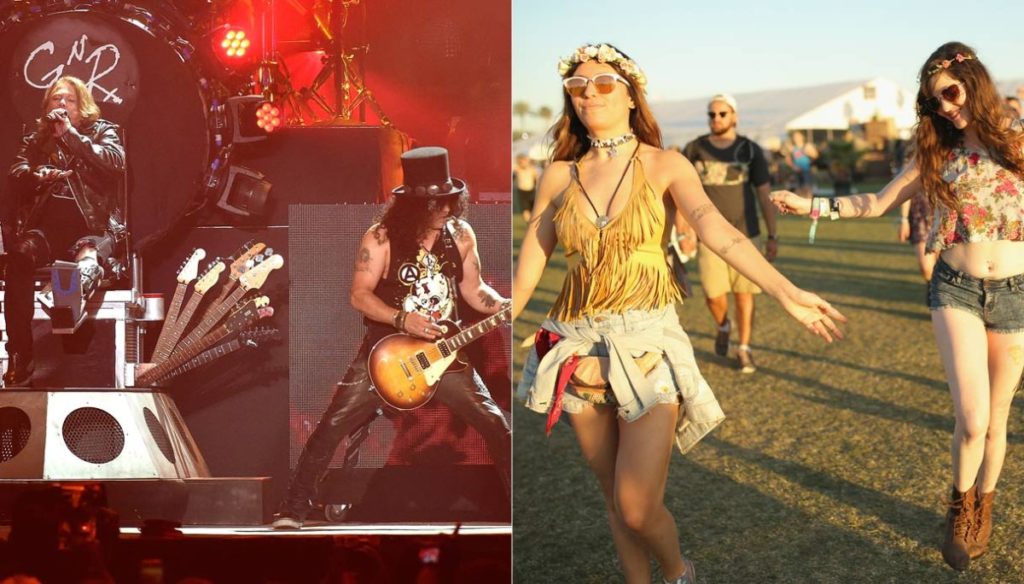 Starring music, fun and incredible looks. In the USA it has become an unmissable event, in Italy it is still little known. We tell you everything 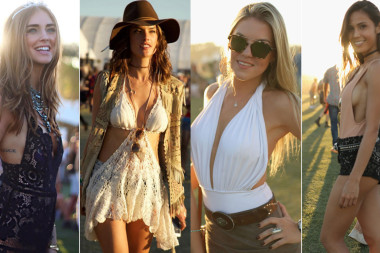 Coachella style: the most beautiful are them

From Friday 13 April to Sunday 22 April 2018 the Coachella Festival will be held, the musical, media and glamor event, which has become a must for all Americans and beyond.

Music that varies from hip hop to electronics, from rock to indie, historical reunions (such as Gun's N Roses in 2016), thousands of young people and not only who gather to have fun, forget duties and problems and think only about letting loose to the rhythm of rock.

But where, when and why was this festival that became so famous in 15 years?

Here are the 10 things you need to know about Coachella.

1. His birth dates back to 1993 thanks to Eddie Vedder, leader of Pearl Jam. In that year Eddie decided to participate in a boycott against the Californian company Ticketmaster, responsible for the sale and distribution of concert, theater or event tickets, accused of having a monopoly on the music scene in southern California.

2. The first official edition was held in 1999, but with little public attendance, so the festival was not held the following year. The organizational machine started again in 2001 and from that edition onwards the event has continued to grow in popularity.

3. The Coachella, whose real name is Coachella Valley Music and Arts Festival, is held in April, for two consecutive weekends. In 2018, the weekend of 14 and that of 23.

4. Music accompanies art thanks to sculptures and installations created by established names in the sector, but also by young artists from all over the world. The mascot (a giant astronaut) that stands between the palm trees and the Ferris wheel was built by Tyler Hanson of Poetic Kinetics. He is quiet during the day while during the night live he flies over the audience and on the screen reflects the live on stage.

5. The food par excellence at Coachella is the Pink's Hot Dog born in the seventies in Los Angeles. Sources such as the Guardian still give it as the main attraction of the festival (For tough palates: chili sauce abounds). For the healthiest there is no shortage of watermelon slices, another culinary must of the festival.

7. The "Coachella style" has become so important that the H&M chain created an ad hoc collection in 2016: H&M loves Coachella.

9. Walking through the Festival, it is not uncommon to come across celebs: very famous supermodels (like Alessandra Ambrosio, see gallery) or couples of Hollywood actors, such as Diane Kruger and Joshua Jackson or Kate Bosworth and Michael Polish. At Cochella, vip and nip live together in the name of fun and good music!