Commissioner Ricciardi, new record: the truth about Enrica and Livia 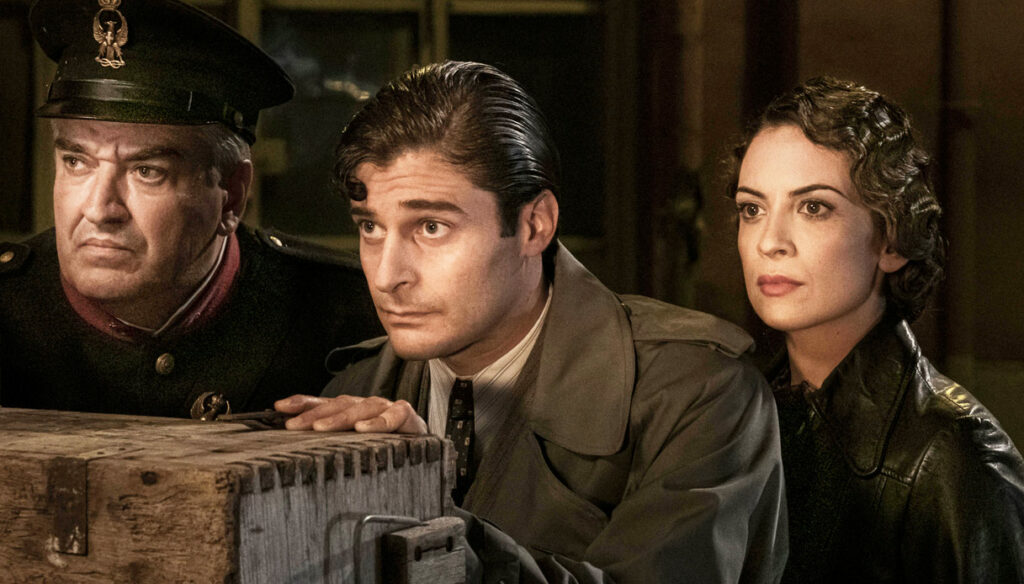 Lino Guanciale conquers everyone. And Maria Vera Ratti reveals on Instagram how things are between her and Serena Iansiti

The third episode of Commissioner Ricciardi, broadcast on Rai 1 on February 8, marks a new positive result, once again becoming the most popular broadcast of the evening. And to shine, in addition to Lino Guanciale, there are Serena Iansiti and Maria Vera Ratti, who respectively play Livia and Enrica, the women who compete for the Commissioner of noble origins.

Not even the scandals of the GF Vip and the Alda D’Eusanio case were able to oust Commissioner Ricciardi from the podium who won 5,521,000 spectators equal to 22.9% share. While the reality show hosted by Alfonso Signorini reached 3,692,000 spectators equal to 21.2% share. The other programs of the evening are much more distant from these numbers.

Therefore, the fiction based on the novels by Maurizio di Giovanni confirms the new success of Rai 1 and Lino Guanciale, who has always been the protagonist of series loved by the public, from Che Dio help us to Don't tell my boss and L’Allieva. Indeed, his decision to no longer play Dr. Guido Conforti in love with Alice Allevi (Alessandra Mastronardi) had thrown his fans into despair, but immediately repaid by this new series.

But to attract viewers are not only the skill of Guanciale and the captivating plots set in the Naples of the thirties, the mysteries shrouded in mystery and the disturbing presence of ghosts of people who died a violent death. Enrica and Livia compete for the scene and Commissioner Ricciardi.

The first (Maria Vera Ratti) is the Commissioner's shy neighbor, the two are mutually attracted and intertwine a relationship, for the moment, made of looks, even if in the third episode Ricciardi has decided to write her a letter. We will see in the fourth episode how the girl will react to the letter.

Then there is Livia, beautiful, sophisticated, with powerful friendships, with a great pain in her heart for the death of her son. She is strongly fascinated by Ricciardi who, however, has his mind occupied by Enrica. He confesses it to her, but Livia (Serena Iansiti) is not willing to give in to her rival and is ready to fight to win over the Commissioner, because, she explains, she too has a right to have a little happiness

In truth, the relationships between the two actresses are very different from those of the characters they play in the fiction. To reveal it is Maria Vera Ratti on her Instagram profile.

Sharing a photo of a scene from the third episode in which they cross each other, Ratti comments: “We are actually friends“. "It's true!" Confirms Iansiti and Maria Vera responds with little hearts. Fans write: “how nice❤. Friendship is very important because it accompanies you on the path of life ".

But fiction surpasses reality and someone immediately comments: "Yes, yes … until you snatch the man". It is still difficult to determine which of the two sides the public, at the moment Enrica and Livia are playing equal and everyone finds them both beautiful and very good. But the real unknown is which of the two will be able to conquer the charming Ricciardi.