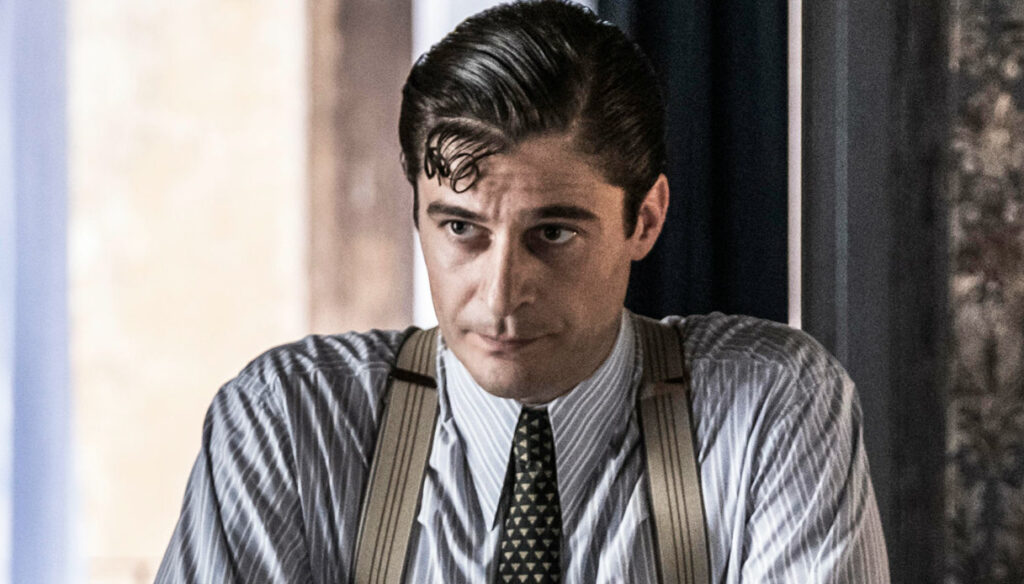 Lino Guanciale with "Il Commissario Ricciardi" is a record and Enrica, alias Maria Vera Ratti, conquers the scene and bewitches everyone

Commissioner Ricciardi confirms the new Rai success. The fiction, starring Lino Guanciale, is the most viewed broadcast on February 1st, convincing an average of 5,685,000 spectators equal to 23.5% share.

The GF Vip, the flagship show of Canale 5, follows at a great distance with “only” 3,432,000 spectators (20.3% share). Of the others not even talking about it. Commissioner Ricciardi has an edge over all the others and beyond. Undoubtedly thanks to Lino Guanciale, the only one who can boast the privilege of equaling Luca Zingaretti, aka Commissioner Montalbano.

Two passages on TV and it is immediately a record. But Guanciale in presenting the new fiction had predicted that we would fall in love with Ricciardi, it will be that air of mystery, that gift of his, which is also a torment, of being able to communicate with the ghosts of people who have died a violent death, will be the settings of Naples in the Thirties (even if the scenes were shot in Taranto), will be the charm of the Commissioner of noble origins with that tuft on his forehead, as timid as it is upright, or the sympathy of Doctor Bruno Modo, played by Enrico Iannello, and the loyalty of Raffaele Maione, played by Antonio Milo.

There are many ingredients that make Commissioner Ricciardi a successful fiction. But among these a special role is played by the two protagonists, Livia and Enrica, who respectively have the faces of Serena Iansiti and Maria Vera Ratti. The first sophisticated and beautiful, the second demure and inexperienced, but both attracted in their own way to Ricciardi.

If in the first two episodes it was Livia who attracted attention, in the following episodes it is Enrica who takes the stage, bewitching the shy commissioner with her innocence and her candor as a lover, but not for this naive.

Enrica witch Guanciale, alias Commissioner Ricciardi and on Instagram Maria Vera Ratti conquers the public. The actress shares some scene shots on her social profile and many rush to compliment her. There are those who write about the love between the two protagonists: "Wonderful … ❤ and the love correspondence, so unique and profound, with the commissioner is of a unique Poem … Love for Love, the true one, which gives everything without asking for anything, and is also satisfied with a smile and a look… I can testify from lived experience that this form of absolute love really exists ”.

The tenderness of the looks that Ricciardi and Enrica exchange from the windows enchants the numerous fans. “I also follow the episodes of inspector ricciardi, because I like so much linen guanciale as an actor and as a person, beautiful this scene that they see and smile”. “How many emotions in a single glance”, and again: “Exciting in its pure state. 💕❤️ ". And there are already those who support Enrica in the match with Livia: "W Enrica …., I support Enrica🥰🥇". “Superb Maria Vera, a painting your character! 🌻💪🎊 ".

And of his Alfredo Ricciardi, Guanciale tells The Hotcorn: “A character I already knew quite well even before arriving on the set to shoot the first episode. I am an avid reader so a literary phenomenon like that of Maurizio de Giovanni certainly could not go unnoticed. I devoured many of the books even before knowing that I could be among Ricciardi's eligible interpreters, so when the call came I knew what awaited me ”.

Barbara Catucci
7937 posts
Previous Post
GF Vip, the report cards of the episode of February 1st 2021
Next Post
Belen, best wishes to Antonino: “To you who deserve everything”. (And he kisses another)