Corona's choc revelation during the trial that sees him accused: "I think it was my ex-wife's boyfriend who put the bomb under my house" 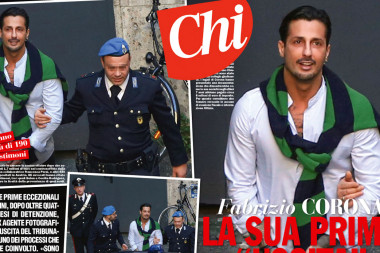 Fabrizio Corona, from the dolce vita to the prison

It could have been Nina Moric's fiancé, Luigi Maria Favoloso, who placed the bomb that broke out on the night between 15 and 16 August 2016 near Fabrizio Corona's house.

It is the hypothesis made today in the courtroom by the same former king of the paparazzi, accused of that little treasure of about 2.6 million hidden largely in the false ceiling of his assistant's apartment, Francesca Persi, and partly in safe boxes in Austria .

To the question asked by the president of the college, Guido Salvini, about who he thought was to place the bomb (an episode following which the Corona treasure was discovered, ed) the ex-paparazzi king replied

I think it was my ex-wife's boyfriend

The motive? "One could have known if the investigations had been carried out," Corona says, which then refers to the intention to have him take custody of the son he had with Moric, "showing that I was living in a dangerous situation" and that the child could not live with him.