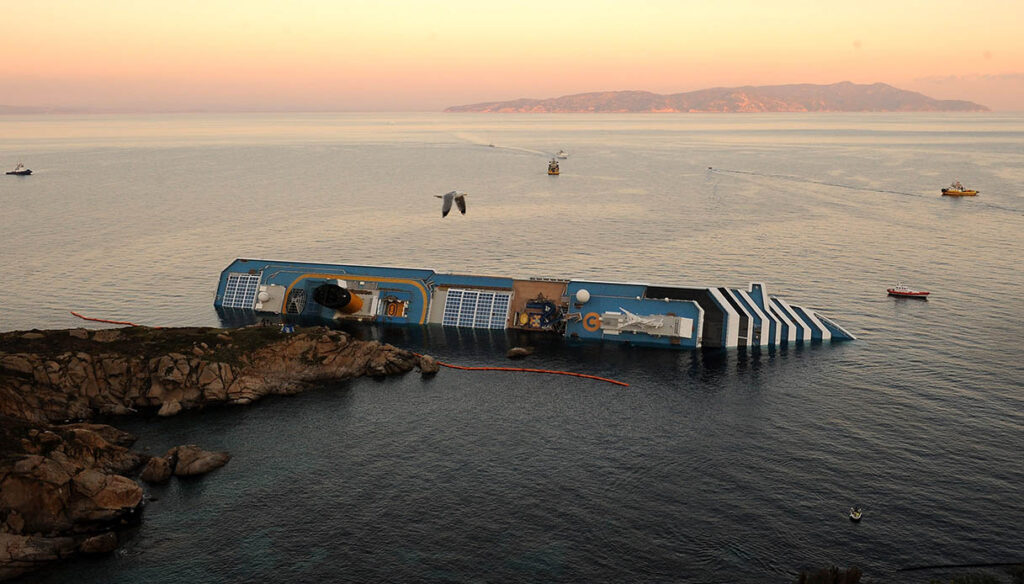 Thus the bow in front of the Giglio Island gave rise to a series of fatal errors, marking one of the most serious maritime accidents in Italian history

Ten years have passed since that day when what was supposed to be a holiday full of carefree and fun turned into a nightmare made of fears, uncertainties and pain. A real hell in which 4229 people have sunk, trying with all their strength to stay afloat, not to drown, while everything else was sinking.

Ten years ago what was considered one of the most serious maritime accidents in Italian history, the sinking of the Costa Concordia ship in front of the Giglio Island, took place. All for a bow.

13 January 2012: the sinking of the Costa Concordia

It was January 13, 2021 when the cruise ship of the Costa Concordia was preparing to reach Savona, the last stop of that tour to the Perfume of Citrus that took passengers to discover the wonders of the Mediterranean Sea. There were 4229 people on board, of which 3216 passengers and 1013 crew members.

After having been in Marseille, Barcelona, ​​Palma de Mallorca, Cagliari, Palermo and Civitavecchia, the ship was preparing to reach Savona following the usual route, but at 21:04 that evening something unexpected happened. The ship unexpectedly approaches the Giglio Island by the will of the commander Francesco Schettino who wants to greet Giglio Porto, with the so-called bow, a maneuver already practiced in the past by Costa Cruises.

From that moment the whole world will become familiar with this term to which, however, memories of pain and suffering will be linked. The ship, therefore, approaches the Giglio Island to greet its inhabitants and pay homage to the master on board Antonello Tievoli, who has a home and family on the island.

But the maneuver is reckless, the controls are confused. There are so many people on the ship’s bridge that there shouldn’t be. At 21:44 the Costa Concordia is located just 160 meters from the coast, the commander Schettino thus orders to proceed with maneuvers to adjust the course, but his last indication is not understood by the Indonesian helmsman Jacob Rusli Bin.

So three minutes later the Costa Concordia cruise ship hits the Scole group of rocks, causing the opening of a 70-meter-long leak on the left side of the hull.

Yet the fate of that ship and of the passengers on board has not yet been written, the situation can be saved but the mistakes and recklessness do not stop there. Water enters the ship disabling the main electric motors and generators causing a blackout.

At 9:57 pm Commander Schettino telephones the head of the Costa Cruises crisis unit, Roberto Ferrarini, telling him what happened and reassuring him about the situation. Five minutes later it is the Civitavecchia Harbor Master’s Office to contact the crew, but even in that case the situation is minimized: “There is only a blackout”, it is said. Version that will then be given a few minutes also to Circomare Porto Santo Stefano.

At 10:14 pm something moves: it is the cruise ship heading towards the coast, a maneuver that will save hundreds of lives. If on the one hand the captain will declare that he was the proponent of that choice, the expert commission will come to the conclusion that that miracle took place thanks to the North East wind that pushed the boat. The ship, however, gets stuck between the rocks of Punta Gabbianara.

It is only at 10:33 pm that the commander gives the general emergency signal followed by the announcement to abandon the ship while keeping calm. The Costa Concordia is apparently immobile but thanks to the darkness of the night not everyone realizes that the mainland is close.

The Aegilium ferry leaves from Giglio Porto to provide assistance, and boats and rafts are sold from the ship. From that moment the race for survival begins. There are those who jump into the sea, those who descend through the emergency rope and those who remain on board terrified by the lack of clarity and confusion.

Captain Schettino, on the other hand, is no longer on the ship. A series of phone calls confirm that he took shelter in a lifeboat to direct rescue from the sea, as he himself claims. At 1:64 the frigate captain Gregorio De Falco, in charge of managing the rescue from Livorno, orders the captain to return on board. Everything else is history.

Survivors and dead: all the victims of the fatal bow

Rescue operations were conducted during the night between 13 and 14 January and saved 3190 passengers and 1007 crew members. Three bodies were recovered at sea that same night. At the end of the operations, the number of victims and missing is still unclear. The last to be saved, on the other hand, is Manrico Giampedroni, Purser, who remained on the ship until the end to save all the people who were stranded on deck 3 and grant him access to the lifeboats.

Other bodies were found later, following the operations conducted by the Underwater Operational Group of the Navy which threw several explosive charges on the ship to open gates and continue the search. At the end of January these were temporarily suspended due to weather conditions and then resumed in mid-February.

On the 22nd of that month, eight bodies were found, including that of Dayana, the smallest of the victims. The girl was only 5 years old at the time of the tragedy, along with her body was also found that of her father Williams Arlotti who dived into the well to save his daughter.

At the end of the research the data were confirmed: the sinking of the Costa Concordia and that fatal bow caused the death of 32 people on board, including passengers and crew members, and 110 injured.

Those people, as well as the facts, the moments of fear and tension, are remembered every year since 2015 by the Island of Giglio which, on 13 January, dedicated a day to them.

The legal events that revolve around the shipwreck are long and complex, perhaps the most complicated in Italian judicial history. The conclusions of these, however, see Francesco Schettino as guilty, who is currently being held in the Rebibbia prison. On 11 February 2015, the commander was sentenced to 16 years in prison for manslaughter.

On 30 June 2014, the Council of Ministers of the Italian Republic announced the start of the demolition work on the wreck of the ship, which was definitively completed on 7 July 2017. 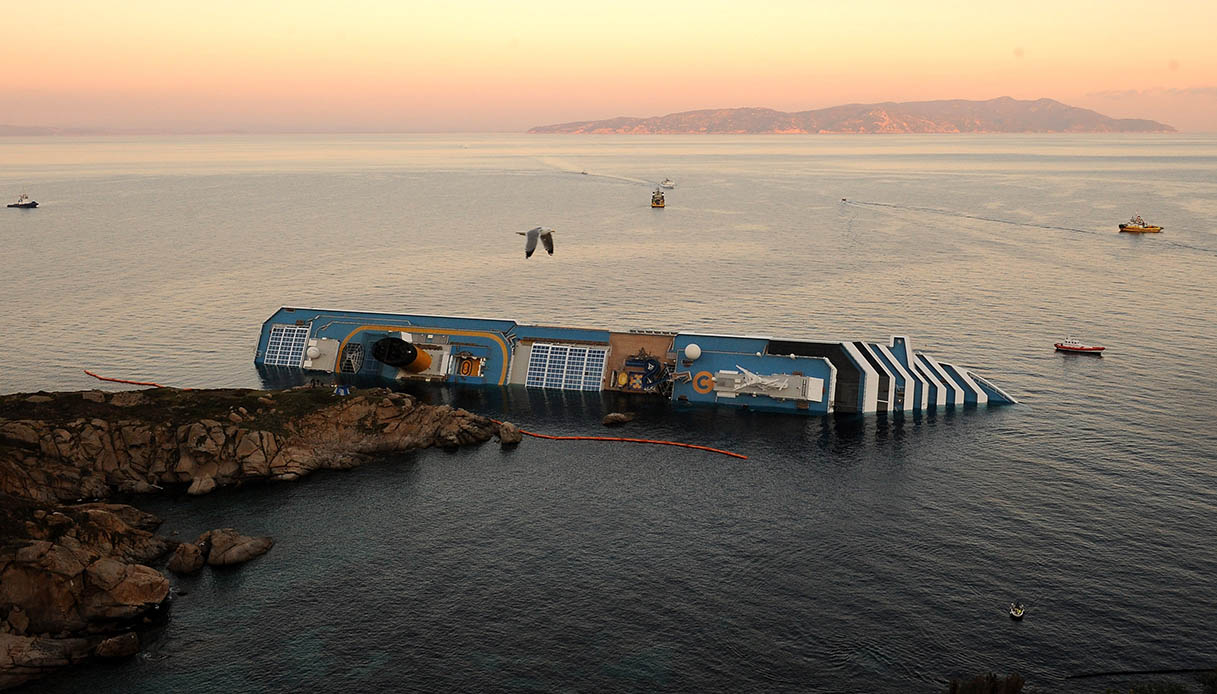 Lorenzo Gavazzi
2479 posts
Previous Post
Belen and Antonino, a love story at the end of the line. But he didn’t give up
Next Post
Lady Gaga, without makeup (and without deception) on Instagram: words that touch the heart