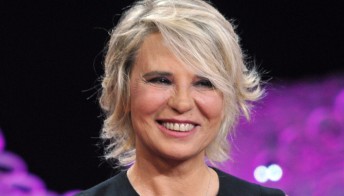 Maurizio Costanzo is a sacred monster of Italian TV and journalism, creator of a format – that of the informal talk – that has made history and that after almost half a century still continues to be a pillar of Mediaset programming.

The Maurizio Costanzo Show is back for its fortieth edition and for the occasion the presenter gave an interview to Corriere della Sera in which he retraced some of the most important encounters of his life, which is closely linked with that of his program. One of all, the one with Maria De Filippi.

The one between Maurizio Costanzo and Maria De Filippi is one of the strongest ties that the entertainment world has ever seen, made up of a deep esteem and boundless affection, so much so as to withstand the challenge of the passing of time. The journalist said that their first meeting took place in Venice, in a conference. “Then he joined me in Rome. Monica Vitti heard her talking in the next room, without seeing her, and she said to me: “Listen to that deep voice, it seems mine. She must be an intelligent woman… “. In short, Maria had Monica Vitti’s blessing ”. A blessing that somehow brought luck, considering that the one with the queen of television was already the fourth marriage. “Last year we celebrated our silver wedding. The fourth marriage was finally the right one ”, concludes Costanzo.

Maria, alongside Costanzo in the worst moment

Maria De Filippi and Maurizio Costanzo were together on the day of the attack he suffered. At that time the journalist often dealt with the mafia, he had interviewed Giovanni Falcone (“He came to the special on Libero Grassi, which I led with Santoro. It was a great love. And it was immense pain when they killed him”) and gave a voice to entrepreneurs who they rebelled against requests for lace.

“Riina said:” This Costanzo broke me. ” They began to follow me, to send me anonymous letters, but I paid no attention. I later learned that Messina Denaro had come to the show’s audience to see the theater ”, Costanzo told Corriere. Then the bomb, that evening of May 14, 1993: “It was a miracle. My driver had asked me for a day off, and I had replaced it with another, who knew the road less well. He hesitated at the moment of turning into via Fauro, and this confused the killer who had to operate the detonator. We heard a crazy bang. A window frame passed between me and Maria “.

Maurizio Costanzo, the meeting with Montanelli to whom he owes everything

During the interview with Aldo Cazzullo, Maurizio Costanzo also reveals his relationship with Indro Montanelli, perhaps the greatest Italian journalist, who gave a considerable boost to his career.

“I owe everything to Montanelli,” admits Costanzo. “My uncle made me read his articles on the third page of the Corriere. I fell in love with it. So, at 14, I wrote him a letter. Incredibly he answered me. He invited me to the Roman editorial office. Then in his home in Piazza Navona, having lunch with Carlo Laurenzi: a very refined man, who amused him with his bon mots. Montanelli has followed me all my life. He even got me to be hired by Afeltra al Giorno ”.