Covid-19 and English variant, what happens in children 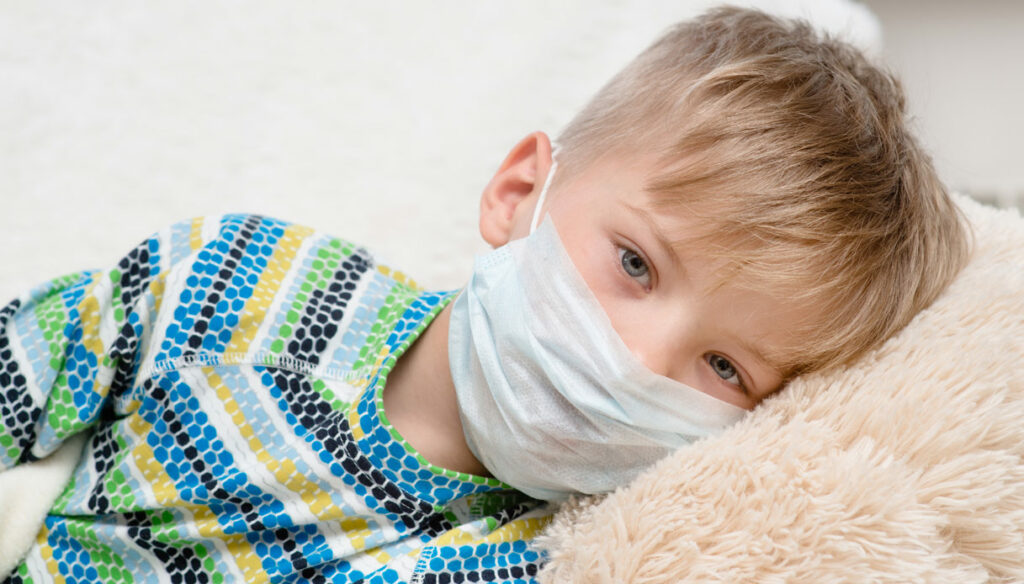 As for the English variant, there is no mention of a specific risk in children. Prevention and correct behavior remain fundamental

Not a day goes by without new variants of the Sars-CoV-2 virus appearing. A new viral “mutation” found in Italy has recently been identified, B.1.525. This variant was identified by experts from the Pascale Institute and the Federico II University of Naples in an adult, for the first time in Italy. In short: we must get used to a sort of dripping of information on new variants to be studied.

The identification of a "hybrid" virus in the US should also be read along this line: it is a "mixture" between the English and Californian variants, identified by scientists from the Los Alamos National Laboratory in New Mexico. There is no doubt, however, that at the moment, apart from these sporadic reports, it is the English variant that is worrying, also because it is rapidly taking place in our country as well.

There are even those who speak of a particular virulence of this variant among children, but at the moment there are no data to justify a possible increased risk. it is certain that the greater contagiousness of the English variant, this so proven, would also be able to increase the spread of the virus among children and young people. For this reason it is even more important to respect the rules of distancing, to wear masks and wash your hands often, even at an early age.

The more infections, the greater the spread

In short, as far as we know, it cannot be said that the English variant, like the others, would be able to determine more symptoms and more severe pictures than the "classic" Sars-CoV-2. Therefore we cannot speak of a specific “risk” for the little ones. The disease linked to this transformation of the virus would in fact have the same characteristics as the classical one.

As reported by the European Center for Disease Control (ECDC), however, it must be considered that in general terms the English variant of Sars-coV-2 appears to be characterized by a greater capacity for diffusion and therefore, in theory, the number of children who can contract the infection and consequently also the possibility of developing symptoms. The important thing, however, is to remember that the variant's ability to spread is greater than the virus that we had known in recent months, even if there is no specific "target" in the pediatric population.

Finally, on the possible greater diffusion in the infant population found in this last period, there is a further fact that should not be underestimated: compared to the first wave of the epidemic, the number of tests carried out has greatly increased and, with it, also the possibility to identify the virus in children, thanks to a progressive expansion of diagnostic capabilities. Finally, it is worth observing what is happening with the lenses of a country that has already carried out an impressive vaccination campaign, Israel: according to what is reported in the British Medical Journal, precisely for the English variant there has been a significant increase in infections in children under ten.

What happens if the baby gets sick

At the moment there are no particular reports of complex clinical pictures in the vast majority of children and there is no reason to think that the spread of the English variant and other variants could change the pattern of manifestation of the disease. For parents, the important thing is to keep in touch with the family pediatrician to treat any symptoms and monitor the situation.

In particular, although it is an extremely rare consequence of pediatric infection, care must be taken in the period following the infection of about 30-40 days. In some subjects, probably on the basis of a genetic predisposition, after some time from the actual infection, a picture related to an overreaction of the immune system may develop.

How does it manifest itself? For example with intestinal disorders, the appearance of spots on the skin, high fever. In these cases, the pediatrician's opinion is always required to assess the situation. At the moment there are no data to say that with the variants these more severe manifestations, and after some time from healing, can become more common with the variants like the English one. But we must always focus on prevention and correct behavior, the most effective weapon we have to keep the Sars-CoV-2 virus at a distance in all the forms it is gradually taking and will have in the future.