Covid-19 and seasonal diseases, what to do with children 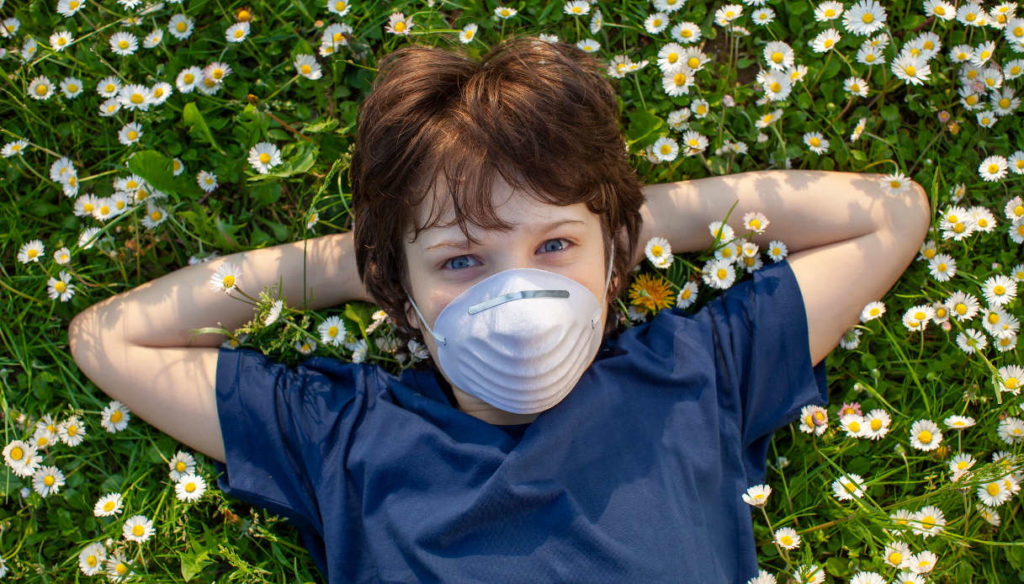 The symptoms of seasonal diseases, in this period make us immediately think of Covid-19. So what to do with children? What are the symptoms to be observed and that require the consultation of the pediatrician?

By now we are used to it. As soon as a sore throat appears, a few lines of fever and maybe a pinch of headache, immediately the thought runs to the Sars-CoV-2 infection. Yet in this period, the classic evils of the season, fortunately linked to the infection by other viruses that are more well known and known by the immune system, are on the agenda. How to behave then? Here is the opinion of Michele Miraglia del Giudice, professor of Pediatrics and Allergology of the University of Campania.

The word goes to the pediatrician

First of all, let's clear the field of misunderstandings. “Children can also be carriers of the virus and exactly like adults I can pass it on to others. – explains the expert. This is why it is important that children also respect safety rules such as washing their hands frequently, avoiding contact with surfaces and other people. " In any case, the baby's immune system is like a novice explorer. And he is used to meeting and learning to defend himself from the viruses and bacteria that he encounters for the first time. "Probably the lower number of infections and the lower severity of COVID-19 infection in children depends on this ability to adapt the immune response typical of childhood. – resumes Miraglia Del Giudice. In the presence of symptoms, therefore, the pediatrician should be consulted in a child with fever and malaise who does not recede after three days of antifebrile therapy. In children, COVID-19 infection does not always present with respiratory symptoms and pneumonia. The symptoms could also be gastro-intestinal, also in this case particularly persistent even after adequate treatment. From a study published in 'Frontiers in Pediatrics' recently, it is noted that in children the infection occurs with fever, gastrointestinal disorders and diarrhea, rather than with cough, a symptom that is very present in adults ". On the prevention front, we remind you that hand washing remains a fundamental rule, especially if done frequently and correctly for at least 20 seconds, in the absence of water you can also use an alcohol based gel disinfectant at least 60 %. It is also recommended to frequently wash or disinfect home surfaces and frequently used objects, such as toys but also cell phones and remote controls. parents could teach children to cover their nose and mouth when coughing or sneezing, avoid touching their faces, keep a safe distance from other people and wear a mask, which is also mandatory for children over 6 years.

How to deal with seasonal ailments

"Fever and colds, but also sore throat or earache must be treated with the same drugs that we normally use, such as anti-inflammatories – notes Miraglia Del Giudice. It is indeed important to treat these symptoms, especially pharyngeal inflammation (sore throat) because the ongoing inflammation could expose the child to greater receptivity towards other bacterial or viral agents. In case of any doubt, it is good to contact your pediatrician for information. In this sense, I would like to deny a fake news that has circulated and remember that ibuprofen is one of the drugs recommended by the guidelines of the Italian Society of Pediatrics (SIP) for the treatment of fever and pain in children. Among NSAIDs (non-steroidal anti-inflammatory drugs), ibuprofen is among the molecules with greater evidence of pediatric safety in the medical literature and can be administered normally. The information circulated regarding the potential risks associated with anti-inflammatory drugs including ibuprofen has proven unfounded. The denial came from numerous authoritative sources such as the World Health Organization (WHO), the European Medicines Agency (EMA) and the Italy Medicines Agency (AIFA). It has been confirmed that there is no scientific evidence to establish a correlation between the use of ibuprofen and a worsening of Covid-19 disease. " “If a fake news on a drug is always very dangerous, even more so when it comes to drugs also for pediatric use. "It is certainly important to clarify also towards the many mothers and fathers who may have doubts following the alarm circulated on the risks related to Covid-19 – concludes Miraglia Del Giudice. Also in this case, the advice remains valid to always confront your pediatrician for any doubts or clarifications and instead not to rely on information circulating on the net or on social media, from unreliable or uncredited sources. "