Covid-19 and stress, how important is the community’s response 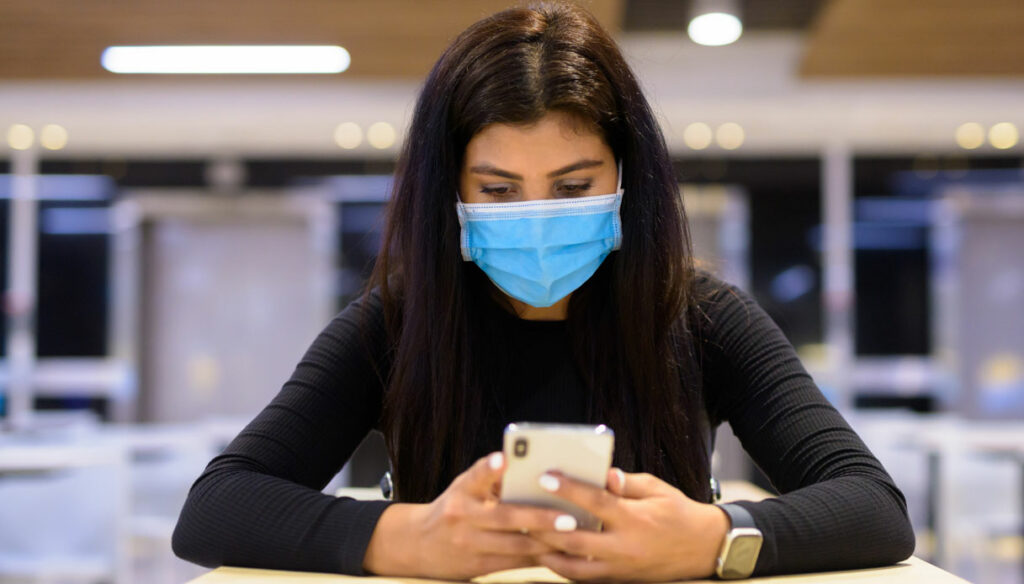 A study sought to measure the rate of stress response to pandemic control initiatives: the results and what needs to be done

That the infodemic, or the continuous and pervasive proposal of information on Covid-19, is at the basis of a condition of emotional tension in most people is now clear. Constantly receiving stimuli, starting from the daily bulletin of new cases, victims, hospitalizations and healed up to the count of variants and their possible impact on people, represents a reason for continuous stress.

But regardless of the reactions of the individual, it is also interesting to understand how on a national scale the response model of a population can represent a sort of “indicator” to understand how to respond to tension. To try to define this variable that includes an entire country, a research appeared in Scientific Reports which outlines, based on mathematical models, the different attitudes in this sense and how this variable can impact on the trend of the different waves we have witnessed and are currently experiencing. living.

The study was carried out by experts from the University of Leicester and sought to measure the stress response rate, i.e. the ability to respond to pandemic control initiatives, and the intensity of spontaneous exhaustion, hence the decline of a rational attitude, of the different communities of people.

Thirteen nations examined: China, USA, Great Britain, Germany, Colombia, Italy, Spain, Israel, Russia, France, Brazil, India and Iran. For each reality, the data relating to the 200 days following the first one hundred cases of infection detected in each country were taken. In the waves examined, it was seen that social stress represents a mode of response common to all people, but also that its duration and intensity depend on various factors that can be collected in cycles.

Initially we start from a moment of substantial lack of knowledge of the situation, which is followed by a psychological phase of resistance, in which we tend to consciously and actively follow measures of social distancing, to use masks correctly and more. Finally we arrive at a sort of “exhaustion” of the response capacity, with substantial difficulty in following these rules.

The rate at which this cycle repeats is largely determined by a population’s stress response rate and the rate at which this sort of “exhaustion” occurs while China has had a very high and shared stress response. After the initial spike in cases, there was a drastic drop in the infection, also due to the undoubtedly unitary response from the people. Obviously, the analysis does not detect the different political situations but limits itself to evaluating these data, providing interesting indications in terms of disseminating information and sharing the most correct attitudes on the scientific front to curb the spread of the Sars-CoV-2 virus.

Everyone responds in their own way

If from a population point of view the research data basically show that the reactions of a population represent the sum of the attitudes of individuals, it must be said that it is not easy to identify univocal responses from everyone, as we are seeing.

The important thing is to keep the bar steady, following the prevention indications, controlling the possible reactions that can alternate, ranging from denial to extreme alarmism. In this balance, Covid-19, also given the duration of the pandemic and the succession of epidemic waves, represents a stimulus that brings many people into a condition of chronic stress.

It is important to have a reaction that is as aware as possible, typical of balanced personalities, by modulating the responses and implementing individual measures of conscious prevention, from vaccination to protection with masks and spacing. The important thing is to understand that not all of us react the same way.