Covid-19, because it can cause dizziness 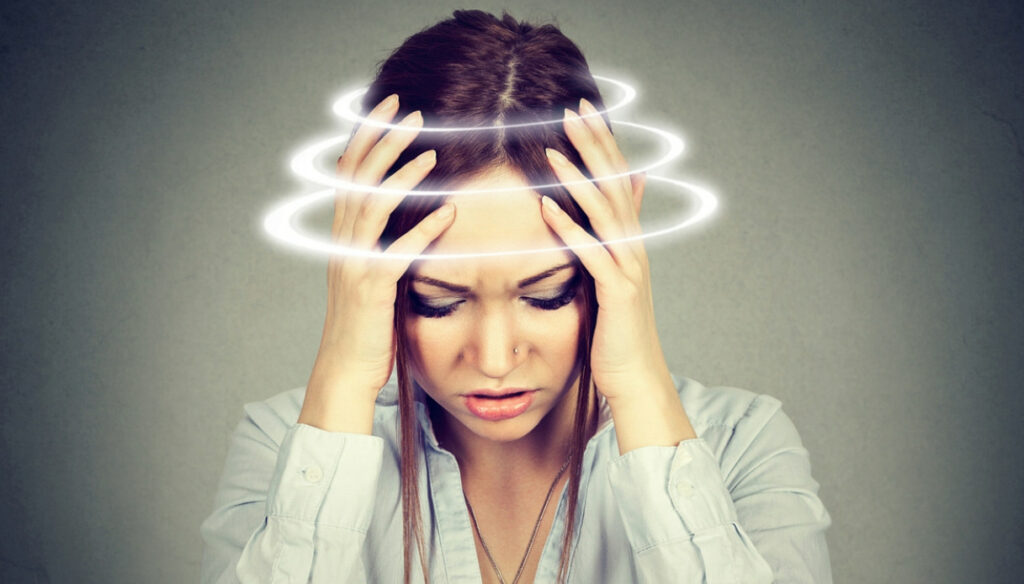 The neurological complications to consider when you get sick with Coronavirus

A year ago, more or less these days, science began to learn about the infection with the Sars-CoV-2 virus, or Covid-19. At that time, there was talk above all of a form of interstitial pneumonia, widespread in the most severe forms to all the respiratory organs. Then, slowly, it was understood that the virus can "attack" other organs and systems, directly or indirectly through the intense inflammatory reaction that it can induce in some cases, and unfortunately the nervous system can also be affected by the process pathological, with symptoms and signs that sometimes appear extremely "far" from the viral infection.

Thus, for some people, once the infection has been overcome, they can also experience headaches that persist over time and above all dizziness, with the annoying sensation of the head "spinning" and the consequent difficulty in maintaining the position of the body in space. Normally, through the position "signals" located in the innermost part of the ear near the brain, in fact, the signals arrive which, decoded by the brain and cerebellum, "order" the muscles and tendons of some part of the body to contract or relax to control the position without creating the dizzying sensation. Sometimes it can happen that the infection and its consequences alter this regulatory mechanism.

A series of scientific studies shows that the onset of dizziness is not an uncommon phenomenon in the classic syndrome that accompanies acute Sars-CoV-2 virus infection and that discomfort occurs especially in the most serious and long-lasting cases.

In this sense there are several observations, starting from the recent research by the University of Manchester which reports that in about seven people out of a hundred dizziness appear, extremely annoying to bear, and that in almost 15 percent of cases the perception of noises appears. , whistles or the like that "arise" for no reason inside the ear, the so-called tinnitus.

It is true that the data were collected with self-assessment questionnaires, so they could be linked to excessive perceptions by the interviewees, and not through specific tests. But in any case, these are sobering observations, also because other studies follow that indicate the involvement of the structures dedicated to maintaining and adapting the position of the body in space.

Research conducted at the Northwstern University, which appeared in Annals of Clinical and Translational Neurology, demonstrates in this sense that neurological symptoms are frequent in patients who come to hospital admission for Sars-CoV-2 infection, so much so that it is of interest almost four out of five sufferers, and that dizziness is one of the most perceived problems.

Above all, according to the results of this study, it is noted that the problem can persist even after the infection has been treated and the person was negativized by the test, as evidence of the involvement that may occur in the nervous system and the ear.

An analysis carried out of a population of over 3500 people who have faced the infection with the Sars-CoV-2 virus also goes along this line, which first of all demonstrates two realities: in many cases the disorders persist well beyond the actual healing on the front. of the actual infection, so much so that it is talked about Long-Covid, and that together with fatigue, headache and difficulty in sustaining efforts, dizziness can also be part (in a lower percentage than the symptoms mentioned) of the procession of annoyances .

The impact on the nervous system of Covid-19

Neurological complications, of which dizziness are part, are therefore an eventuality to consider when you get sick with Covid-19. This is confirmed by Carlo Ferrarese, Director of the Neuroscience Center of Milan, University of Milan-Bicocca and Director of the Neurological Clinic, San Gerardo Hospital of Monza, who basically remembers how the symptoms affecting the nervous system reported since the first field studies can be summarized in three categories:

"Neurological expressions from central nervous system involvement such as headache, dizziness, disturbances in the state of consciousness (confusion, delirium, up to coma), encephalitis from direct virus infection or on an autoimmune basis, epileptic manifestations, motor and sensory disturbances, often related at ischemic or hemorrhagic strokes; symptoms of peripheral nervous system impairment such as loss or distortion of the sense of smell (anosmia, hyposmia, cacosmia), of taste (ageusia, dysgeusia), direct or immune-mediated suffering of peripheral nerves (neuralgia, Guillan syndrome) Barrè); symptoms of skeletal muscle damage, which manifest themselves with intense myalgia, often related to an increase in enzymes released by the muscle (CPK), an expression of direct muscle damage – explains the expert -. Many papers were produced in the following months all over the world, both single case reports and multicentre studies with numerous cases, which confirmed these first reports, albeit with variable percentages in the various studies ”.

In short: dizziness, like many other problems affecting the nervous system, can be part of the procession of the sequelae of the infection.

"In the post-Covid clinics activated in the centers most affected in the first phase, various problems emerged such as protracted asthenia, concentration disorders, sometimes memory disorders, which could be linked to small vascular or inflammatory damage to the central and peripheral nervous system , with distant repercussions – says Ferrarese -. This symptomatology is often neglected, while it should be carefully studied, even with adequate instrumental investigations, and monitored over time ".

In Italy, in March last year, the University of Milan-Bicocca, the University of Milan and the Auxological Institute of Milan designed a multicenter study, called NEUROCOVID, with the aim of documenting all possible neurological manifestations. at the onset, during or after the Covid-19 infection, and to relate them to the severity of the infection, to changes in respiratory and circulatory parameters, blood values, as well as anthropometric data, habits, lifestyles, the presence of other pathologies and the therapies taken by patients.

Gianluca Zompi
2182 posts
Previous Post
Diletta Leotta and Can Yaman in Sicily, while the former Scardina confesses on TV
Next Post
Carlo and Camilla put Meghan and Harry aside and fly to Greece
You must be logged in to post a comment.
Menu