Covid-19, because the English variant worries: how to protect yourself 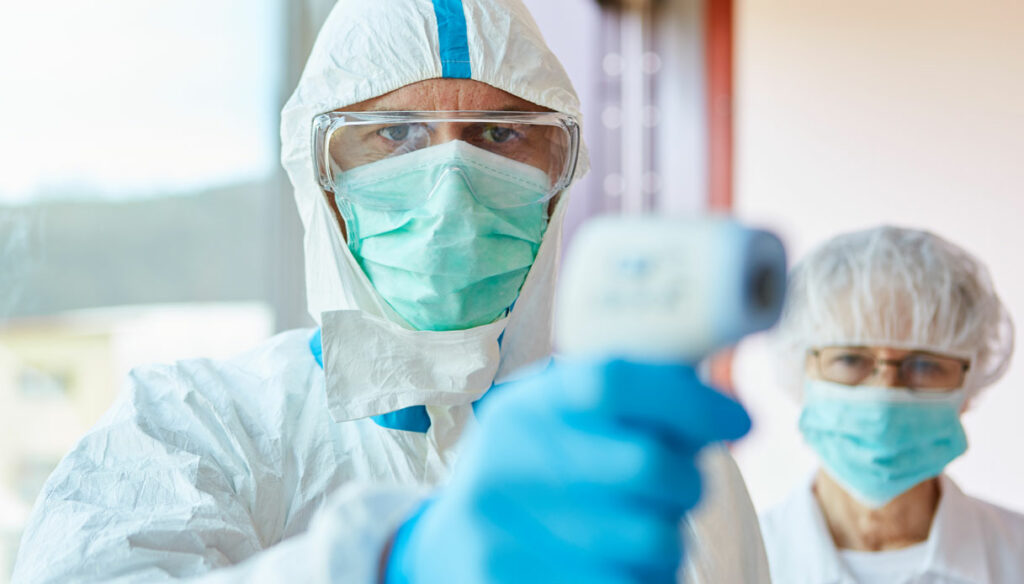 “The law of the strongest”. This is the title of an old western film that occasionally reappears on the small screen. Perhaps we could define in this way, to make a synthesis, what is happening for the Sars-CoV-2 virus and its variants. When one of these becomes preponderant, "undermining" the previous one in infectious terms, it somehow imposes itself.

Each variant, in practice, is a sort of "adaptation" of the virus and also in this case this definition is not escaped. Many variants have already been identified and others will probably come: just think that at the University of Edinburgh a new variant has been identified that would have a greater ability to escape our defense system. But let's get back to us.

The English variant seems to have a kind of greater "strength", so that we are gradually replacing the original strain in determining the infection (in Italy we are just under 20 percent of the total new cases linked to this varied virus). And it proposes a number of issues that need to be addressed.

How the virus changes with the English variant

Let's start with a pinch of history. Talk of the English variant began in December last year, when a rapid increase in cases of infection was observed in the south-east of the British island. Subsequent studies have then shown that this "mutated" version of the virus (the English term is linked only to the geographical area in which it was identified) was probably already present for some months.

But what matters is to understand that this slightly different virus has characteristics that, according to experts, can increase both its ability to infect and, it is hypothesized, also the possible severity of the picture caused. Technically, we are talking about the variant VOC 202012/01, lineage B.1.1.7, which has several mutations on the "Spike" protein (the sort of "spikes" that we see when the sars-CoV-2 virus is drawn) as well as in other areas of the genetic makeup of the coronavirus.

It is now extremely widespread and even in Italy almost all regions have isolated the virus varied in the territory, with a percentage in constant growth compared to the original virus. According to research conducted with mathematical models it seems that VOC 202012/01, lineage B.1.1.7 is more transmissible even if, in terms of the possibility of new infections in those who have already had Covid-19, it seems that the risk is limited, thanks to a sort of "cross protection" induced by the antibodies produced following the first infection.

Recently, news has come that certainly does not let experts sleep peacefully. According to what the scientists of the NERVRTAG (New and Emerging Respiratory Virus Threats Advisory Group) pool of English scholars report, the variant would have a 30 to 50 percent greater chance of infecting and, even if it takes other studies to say it , potentially it could be even more lethal because with a higher viral load (i.e. with a greater amount of virus in the host). Also on this basis, the ECDC (European Center for Disease Control) has warned about possible risks for the population and in particular for frail people, such as the elderly or people with chronic diseases.

For this reason, it is essential to pay even more attention: on the personal front, always wearing masks with high protection capacity and well fitted, maintaining the distance and avoiding gatherings. For public health, however, the advice that comes is to continue studying the isolated viruses to see if the English variant is really imposing itself and vaccinating as soon as possible as many people as possible, especially at risk, to limit the more severe cases. Without forgetting one last aspect: even children seem to be more likely to manifest symptoms in the case of a varied virus infection.

In short: we must always focus on prevention and keep in mind the warning of the Istituto Superiore di Sanità which recently recalled that "in the Italian context, in which the vaccination of the most fragile categories of the population is proceeding rapidly but has not yet reached sufficient coverage , the diffusion of variants with greater transmissibility can have a significant impact if adequate mitigation measures are not adopted ".