Covid-19, from an anti-tapeworm drug hopes for a cure 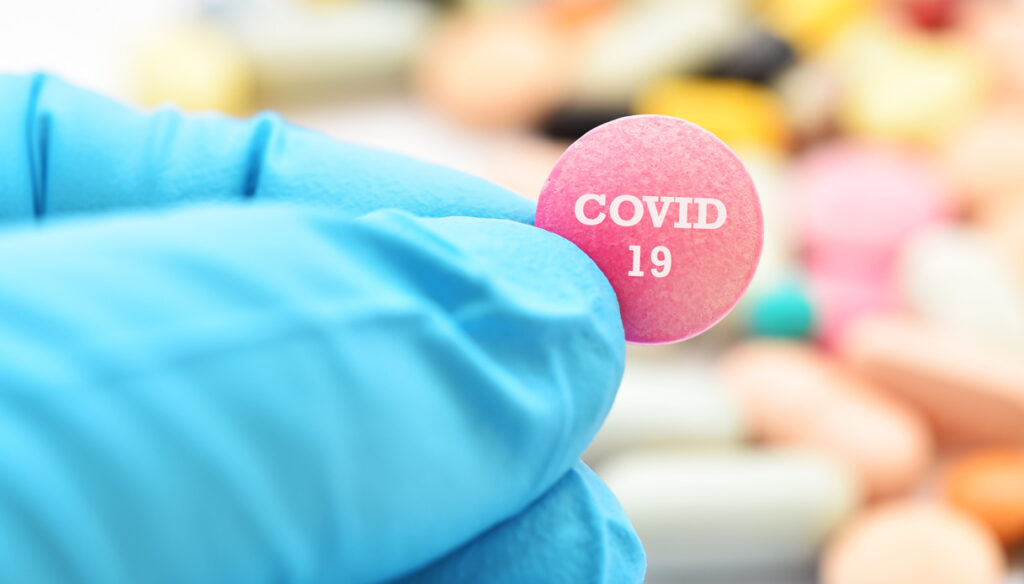 Hopes for anti-Covid therapies come from niclosamide, a drug used against tapeworms: how it affects the virus

Research is only just beginning. In fact, a small study has started in India, on just over 100 people with severe forms of Covid-19, to see if and how we can go forward. But in the challenge of science to the Sars-CoV-2 virus, responsible for Covid-19, and in particular to address even those forms of "long-Covid" that persist over time, a prospect for future therapies could come from niclosamide .

This has long been known and used for the treatment of tapeworm infections, better known as "tapeworm" which is localized in the intestine. To open these perspectives is a research that appeared in Nature and carried out in combination between scientists from King's College London, the University of Trieste and the Center for Genetic Engineering and Biotechnology of the same city.

The goal is to act on cells and coagulation

The first point to clarify is that niclosamide would not act as an antiviral drug, that is, it does not directly counteract the infection, but rather would aim to limit its effects on the organism, and in particular on the lungs and on the danger of thrombus forming inside the vases.

To mediate this reaction, as the researchers write in Nature, there could be the set of reactions that the Sars-CoV-2 infection produces in the body and in particular on the formation of "clusters" of cells, or syncytia, determined from the fusion of infected cells with each other.

This mechanism would be of particular importance in the processes, mediated by the now known Spike protein (the classic “spikes on the surface of the virus), which lead to the damage that is created. As Nature reports, through special microscopic study systems, scientists have tested many candidates, we are in the thousands, to see which drugs could potentially act on this process that leads cells to "reunite" with each other thus creating damage .

The goal of the research was therefore to find compounds that could, even if only in the laboratory, act on the formation of syncytia. The first selection process led to about eighty potential principles, capable not only of acting on the cellular component but also in some way of protecting against the replication of the virus.

This led to niclosamide, which acts directly on the delicate control systems of cells infected by the virus and therefore capable of expressing the Spike protein. Thus, from an analysis that sees Italy at the forefront, a possible future hope arises that could help to better control the infection and above all to contrast the reproduction of cells infected by the virus, a phenomenon that, albeit at an invisible level, it could help explain the persistence over time of problems that persist in the most severe cases even months after infection.

Finally, as if that were not enough, the action of the drug could also positively affect the mechanisms of coagulation. How? Going to counteract the tendency to activate platelets, or the blood units that have the task of promoting coagulation.

This phenomenon, obviously in conjunction with many other mechanisms that come into play in defining the greater risk of thrombosis, could represent a key for the development of the formation of clots that can form in the vessels of those who have developed Covid-19 in severe form. All these observations must obviously be confirmed and then, only clinical evidence of the effects of niclosamide can allow us to translate what has been observed in the laboratory in humans. In short, it will still take time. But the research goes on.

Gianluca Zompi
1592 posts
Previous Post
Vaccines in the company: the rules for administration
Next Post
Isola dei Famosi, Elisa Isoardi in a bikini top and swimwear. But it breaks the rules