Covid-19, so genes and cold viruses could limit the infection 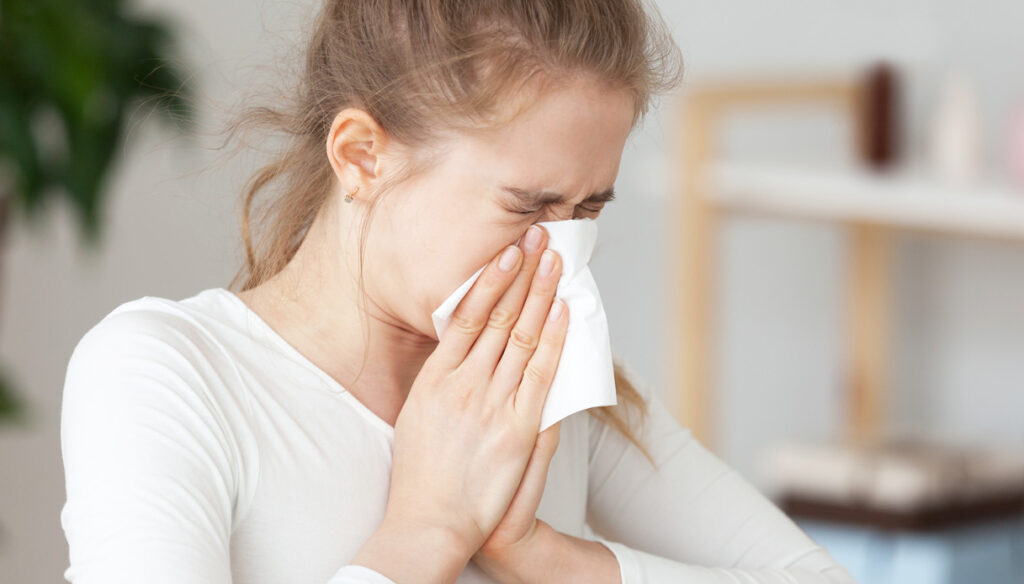 The predisposition to become seriously ill with Covid is sought in genetics. While the cold could turn out to be a natural antiviral agent

There are still many mysteries that accompany the Sars-CoV-2 virus infection. Above all, we need to understand why in some people the infection proceeds almost without symptoms and in others it can become so severe that it leads to intensive care. Obviously age, any other concomitant diseases, overweight, male gender (in men the picture tends to be more serious) just to name a few factors matter. But it seems that other elements can also affect the intensity of the infection and the body's response.

In this sense, very recent studies highlight mechanisms of great speculative and scientific interest, linked on the one hand to a sort of protective genetic predisposition on the other to a sort of "competition between Sars-CoV-2 and cold viruses that could then become "friends" of health for once.

The Italian study on genetics

Five specific mutations on two genes. They were discovered in our genetic heritage by an Italian research group and could be at the basis of the predisposition to get sick in a more serious way. specific DNA mutations could therefore have a role in characterizing the more serious forms of infection. The study, coordinated by Mario Capasso, of the Ceinge-Advanced Biotechnology group of Naples and Achille Iolascon – the two are professors of Medical Genetics at the Federico II University of Naples – was published in Science.

It is not the first time that the role of the genetic constitution has been discussed in characterizing the severity and intensity of Covid-19, given that genetic types related to blood groups or to the control of inflammation mechanisms that could affect the situation have already been identified.

The Italian study focuses attention on two particular "pieces" of DNA: one is called TMPRSS2 and the other MX1. Five mutations would focus on these two genetic traits that could allow us to better explain the more serious evolution of the infection, in addition of course to the factors already known. The analysis to arrive at this observation was extremely detailed: more than one and a half million genetic information collected around the world was examined, including that relating to about 7,000 people who had developed Covid-19 in a serious form. Thanks to the investigation, of course, little changes on the therapeutic front, but in the future it could become practice to evaluate the conformation of the genetic heritage of sick subjects through DNA tests, in order to predict in advance who might be at greater risk.

Think of a one-way street, very narrow. If a car stops, the one behind it certainly cannot pass. This creates a kind of competition, but those who follow will still have a hard time getting past the block. Here, perhaps something similar, obviously in invisible terms, could happen with the cold virus, mainly caused by strains of the rhinovirus family and also by other coronaviruses.

In practice, in the case of sneezing, red eyes and perhaps a slight sense of exhaustion caused precisely by the classic seasonal ailment, a sort of "stimulus" for the defenses could occur, in the form of production of a natural antiviral agent produced by the body , or interferon. Its action, in some way, could therefore limit the attack of the Sars-CoV-2 virus.

The very suggestive hypothesis is evidenced by a research by the University of Glasgow which somehow demonstrates this effect of competition. If there is a cold virus, perhaps, the road to Sars-CoV-2 replication is "limited". It must be said that we are only in the laboratory but the theory is fascinating and would confirm a study by Yale University that had already demonstrated this "competitive" mechanism between viruses. we are only in the research phase, but who knows that for once the cold cannot be considered a friend and not a nuisance!

Gianluca Zompi
2030 posts
Previous Post
Fabrizio Corona in prison: Belen Rodriguez's mother intervenes
Next Post
Meghan Markle, Harry has found a job so as not to remain in the shadows