Covid-19, so the pandemic has changed our sleep 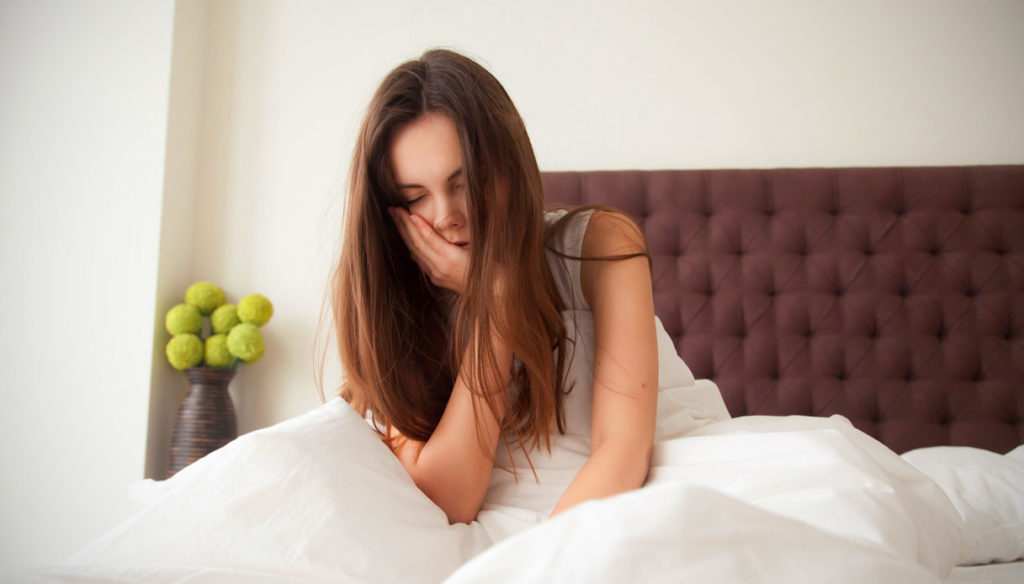 The spread of the virus has changed our habits with an increase in sleep disturbances. Tips for getting a good rest

Put in the anxiety of the lockdown and the need to change habits. Add the fears that arise from difficulties at work. Mixed everything with the daily bulletins and the consequent impacts on the psyche, more or less ready to accept fears or even denial attitudes that have no meaning. Here is the "cocktail" that can be created on the body and which is reflected in one of the activities that, on the other hand, due to the biological rhythms that each person has, should be preserved: sleep. To take stock of the impact of the pandemic on night rest is a research presented at the "Sleep" conference and conducted by scholars from the University of Ottawa.

There are also those who stay longer in bed

Do not believe that the "new" habits induced by the advance of the Sars-CoV-2 virus immediately translate into the inability to fall asleep, an increased consumption of sleeping pills or nocturnal awakenings that leave you wide-eyed in the dark. According to the survey, carried out with an analysis through questionnaires on over 5000 adults of all ages, the only certainty is that the spread of the infection and the consequent repercussions on the psyche have changed habits, with an increase in sleep disorders.

In particular, if before Covid-19 more or less one in three people declared sleep disturbances, the control in the pandemic era revealed that little of half of the interviewees declared new habits in the relationship with Morpheus.

First of all, there are people who, obviously not having much to do during the day, have remained much longer than their habits under the covers. Then there are those who have, almost automatically and not by choice, reduced the hours of sleep, going to bed later and then finding themselves awake at dawn. Finally, there are those who, having difficulty closing their eyelids in the evening, simply moved the hands of the clock forward to go to bed and then stayed longer in bed in the morning. In many cases, however, there were disturbances in the normal rhythms.

If for those who have rested longer the situation does not appear to have changed much, as the researchers explain, the problems are certainly greater for those who have altered habits. In practice, going under the sheets later and later would result in a sort of "jet lag", similar to what occurs after a trip by plane that requires the passage of different time zones. Those who have had this experience know that then getting back into rhythm is not easy and unfortunately, over time, it seems that the habits changed due to the pandemic may have created these situations as well, favoring insomnia and therefore daytime sleepiness.

Over time, each of us gets used to closing our eyes at certain times of the day, just as we almost always wake up around the same time. In fact, each person has rhythms that must be respected. In this sense, the pandemic and related stress have created a series of alterations that in some way can make us "pass" later through the so-called "doors" of sleep, or those moments when the body is more predisposed to rest. Reconciling the body with these rhythms is not easy.

Having said that you don't have to think about drugs right away – a few restless nights, perhaps in a period of intense stress, are not enough to get the diagnosis of insomnia – it is better to remember some good habits. The goal at the moment could be to focus on the quality of sleep and not just on the quantity, to be able to feel more rested upon waking up, and to face the day without the eyelids falling irremediably.

Any good habits? Coffee before bed can facilitate early awakening, cigarette nicotine and excess alcohol reduce the possibility of going into deep sleep and therefore feeling rested. So beware of smoking and nutrition. For the rest, don't forget that sleeping in a noisy room or with the light coming through the windows makes it more difficult to rest, even if you may not wake up completely.

Gianluca Zompi
1393 posts
Previous Post
Daniela Ferolla, a triumph at the debut of Linea Verde Life
Next Post
Cristina Chiabotto, the romantic dedication to her husband on Instagram for the wedding anniversary