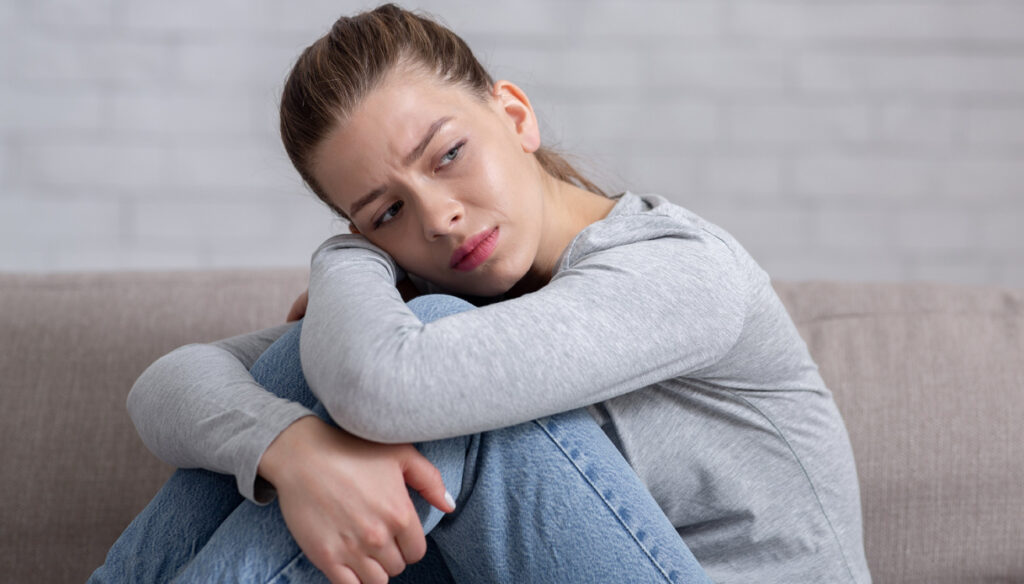 Depression and anxiety have increased in time of the pandemic. Women are among the most at risk: the causes

“Together for Mental Health”. A campaign is launched that wants to put first the need to put people living with problems of this type at the center, also in light of what happened in time of the Covid-19 pandemic.

The objective is to testify, through various means, the attention that must be paid to this aspect. The initiative will end on October 7, Day dedicated to Mental Health, and aims to break the prejudices that impact on the lives of these people, on their social, educational opportunities and current and future job prospects. According to Massimo Di Giannantonio – President of the Italian Society of Psychiatry (SIP) “these disorders have an impact on families, but also on society as a whole, primarily on the workplace. The time has come to consider mental health as a priority, trying to overcome the stigma that still too often hovers when it is the mind, the brain and the person who get sick ”.

Why women are at risk

Among the partners who sponsored the campaign there is also the National Observatory dedicated to Women’s Health (ONDA). Mental disorders have a considerably higher impact on women and this is why greater attention is needed: “In our country, according to data from the Ministry of Health, female users who have come into contact with the Departments of Mental Health are almost double that of men – explains Francesca Merzagora – President of Onda, National Observatory dedicated to women’s health – an alarming fact that confronts us with the need to improve our degree of understanding and at the same time the ability to support effectively women who are faced with disorders related to the health of their brain “.

On the other hand, there are several situations that in time of a Covid-19 pandemic still increase the risks. This is confirmed by a research conducted at the University of Chicago, published in the Journal of Women’s Health, which points out how the lack of social relationships, the inability to travel, the less careful diet represent “fuel” on the fire of psychological difficulties, in particular on the female universe, with a heavy impact also on professional activity.

Moreover, other analyzes that have shown how anxiety and depression have grown with the pandemic, in both sexes, and how the tendency to abuse alcohol has grown.The American analysis, in any case, has focused specifically on women, questioning over 3,000 people of age last April. In the first wave of the pandemic, psychological incidents, such as real interpersonal violence or complex relationships with nutrition, have grown up for the women involved in the study.

The trend has shown a clear growth with the pandemic and lockdowns, since it also involved many women who had never faced problems of this type before the appearance of the Sars-CoV-2 virus, making them extremely vulnerable. The survey also found that 29 percent of women reported symptoms of depression and anxiety, nearly double the pre-pandemic estimates, and clear signs of post-traumatic stress also appeared in nearly one in three women.

“For women, especially with psychological problems, communication is fundamental in an increasingly digital logic: however, we must find and maintain the balance between technology and anthropology – points out Merzagora. Everyone’s contribution is needed in this sense”.

An eye for young people

In addition to women, young people represent a segment of the population that is at the same time more exposed and to be protected: “unfortunately, mental disorders among young people are on the rise and the pandemic has only exacerbated this problem – says Gaia Sampogna, President of Italian Society of Psychiatry (SIP) Youth – According to estimates by the World Health Organization (WHO), between 10% and 20% of young people suffer from a mental health problem. The appeal to young people and adolescents is not to be ashamed and not to feel guilty, but to ask for help and to confront others. The mind, like our other organs, needs us to take care of it ”.

Gianluca Zompi
1749 posts
Previous Post
Chocolate: properties, benefits and how much to eat
Next Post
Italian Stories, Giovanni Terzi: the illness and strength of Simona Ventura