Covid and babies, because vaccination is needed in pregnancy 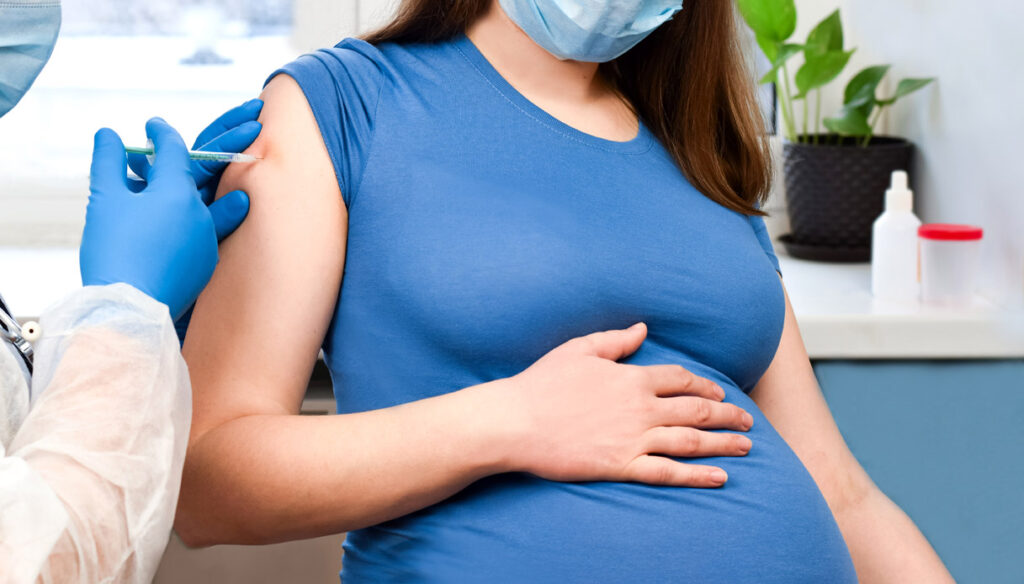 Studies confirm the importance of anti-Covid vaccination in pregnancy, to protect the mother and the unborn child

Greater risk of premature births, as well as for maternal health. Infection with Sars-Cov-2 virus, during pregnancy, is more often complicated with premature birth which can generate all the typical problems of prematurity.

To say this are the data of the Covid-19 Register of the Italian Society of Neonatology (SIN), as already reported in 2020, which confirm an increase in premature births from infected women equal to 11.2%, compared to the prematurity rate of women not infected equal to 6.9%.

“A non-pregnant 30-year-old who contracts the virus has a low chance of being hospitalized in intensive care, but if she’s pregnant, the risk goes up threefold. Furthermore, the Sars-Coc-2 virus can be transmitted, albeit rarely, from mother to fetus and sometimes cause severe neonatal Covid-19 cases – explains SIN President Fabio Mosca. For women who are pregnant or who want to have a child, we recommend that they get vaccinated, to protect themselves and their little one ”.

What the data say

The study on the available information was presented to the National Congress, in Rome, and reiterates the importance of vaccination against Covid during pregnancy according to the indications, for the protection of the mother and the unborn child.

If we consider the population of those born to mothers infected at the time of delivery, most of them, 65.3%, came to light with vaginal birth, 18.7% with elective caesarean section and only 16% with caesarean section performed. in urgency for sometimes maternal reasons, often related to Sars-Cov-2 infection, sometimes fetal.

In 88.8% of cases, newborns were born at term of pregnancy, i.e. with a gestational age equal to or less than 37 weeks. Therefore, the percentage of premature births, equal to 11.2%, is higher than that reported in the literature before the pandemic event, as reported by several studies, in even higher percentages, in women with Covid-19.

In 10.9% of cases, these were newborns with a low birth weight, that is, with a weight of less than two and a half kilos. More than half of the births of mothers positive at childbirth or in the immediate post-partum period, 64.6%, were isolated with the mother (rooming-in), 20.6% were isolated in the ICU, 7.8% were isolated at the nursery, 1.8% were isolated with their mother and subsequently separated and 5.2% were transferred to another center. 74.5% of the infants were fed exclusively with breast milk (64.1% at the breast and 10.4% with expressed breast milk).

The health of newborns

Almost all (98.7%) of newborns born to mothers with infection at delivery were subjected to nasopharyngeal swab at birth: 1.6% of them tested positive for the swab performed within 48 hours of life, the remaining 2.6% only to a second swab performed later during hospitalization of the birth.

Intrauterine transmission of the infection is likely to have occurred in positive infants within 48 hours of life, while horizontal transmission from mother to infant cannot be excluded in others, probably partly caused by unscrupulous adherence to precautionary measures. for transmission through droplet (surgical mask, careful hand washing, distancing the baby’s cradle from the mother’s bed in case of joint isolation, i.e. in the case of rooming-in).

In most cases, in accordance with what is reported on average in the literature, the infection in newborns was asymptomatic (in 77.9% of cases) or paucisymptomatic. Poor adherence to precautionary measures was also likely the cause of the acquisition of infection by 2.2% of infants who were negative at discharge and positivized during monitoring.

Gianluca Zompi
1779 posts
Previous Post
That’s how it went, three good reasons to see the docuseries on Ligabue
Next Post
Maria Teresa Ruta: the words for Guenda that clarify the past