Cystic fibrosis: one healthy carrier for every 30 people. And he doesn't know he is 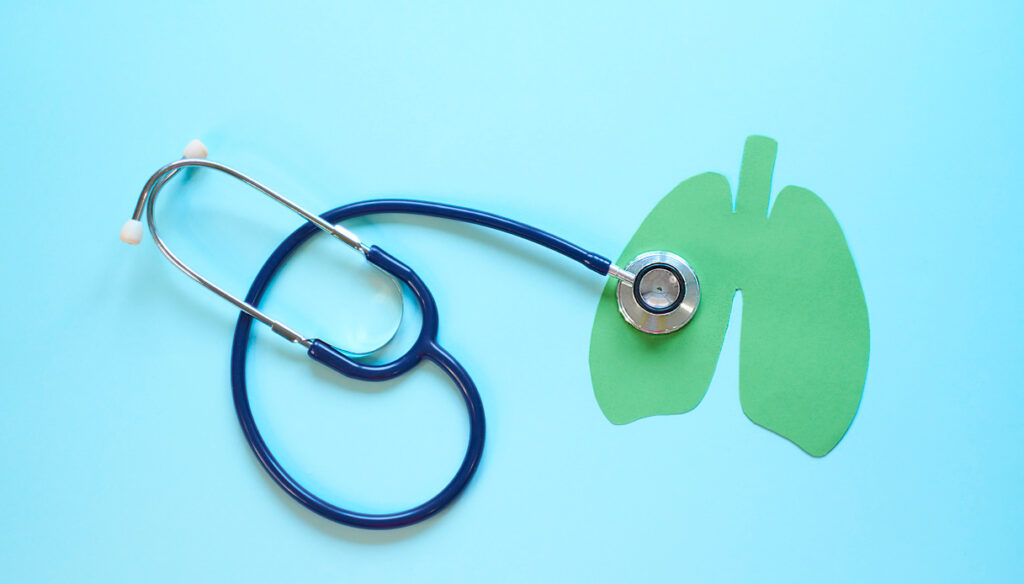 Among the rarer ones, cystic fibrosis is the most widespread genetic disease in Europe and North America. There is no cure for all the sick yet and the average life expectancy to date is just over 40 years, earned at the price of heavy daily care and renunciation

Cystic fibrosis alters the secretions of many organs, contributing to their deterioration. The bronchi and lungs suffer the most damage: inside them the mucus tends to stagnate, generating infection and inflammation which over time can cause respiratory failure. For this reason, the disease was once known as "mucoviscidosis". The organization of care and the improvement of therapies have led to a significant evolution of the disease: if in the 1950s a child with cystic fibrosis rarely reached school age, today there are more adults than sick children, and statistics indicate an average life expectancy that exceeds 40 years with forecasts that are constantly improving.

We tell you the story of Davide, 22, graduated in Biotechnology, co-founder of the political satire account Republic of Political Memes and testimonial of the Cystic Fibrosis Research Foundation (FFC).

For years you have been testimonial of the Cystic Fibrosis Research Foundation (FFC), help us understand more. According to European parameters, a disease is defined as rare when it affects less than one in 2,000 people; cystic fibrosis therefore falls into this category with about 7,000 patients in Italy. However "potentially" it can affect many more people, can you explain why?
It is a rare disease when we talk about sick people, but if we broaden our gaze to healthy carriers, then things change a lot. The healthy carriers, that is subjects who have no symptoms that are linked to the disease and yet have in their genetic makeup the presence of a mutated CFTR gene, are one in 30 people. It means that, presumably, there is one in a school class. There are about 2 million in Italy! According to the laws of statistics, therefore, one in 900 couples is composed of two healthy carriers. If two healthy carriers decide to have a child, there is a 1 in 4 chance that this will be born with cystic fibrosis, 2 out of 4 that it is a carrier and one in 4 that it is neither a carrier nor sick. In almost all cases, the carrier does not know they are and this causes a family to be suddenly shocked by the diagnosis of cystic fibrosis in the newborn, as happened to me.

But is there a way to find out if you are a healthy carrier?
Yes, the carrier test, a genetic test that is done through a quick blood draw, but the real issue is that there is still too little talk about it. It seems strange but this disease is not yet well known, perhaps also because it is not seen. Sick people do not have physical characteristics that make them recognizable. I am proof of that. Yet to fight the disease I have to take care of myself a lot, every day of my life, since I was born. For cystic fibrosis it can happen that for generations there are no cases in the family, because the mutated gene is transmitted only with the status of carrier, therefore without causing any symptoms. Heredity is less "visible" than other pathologies. It emerges only when the case wants, which brings together two bearers. Who decides to take the test to know if he is a carrier of cystic fibrosis fights the law of the case and can reason about the future of his children.

Cystic Fibrosis aside, what are the rare things about you?
This is difficult, others should say (laughs). Here, the jokes about fibrosis are just me, and I tend to be insulted too. My mom (Francesca, head of the FFC Delegation of Tradate Gallarate) comes after me sometimes, but others just give me idiot, while my dad doesn't, he doesn't appreciate this humor. I started doing them in high school, with a slightly more mature vision and understanding of the disease. Usually they are about life expectancy, about the time that we CF patients have before us, which is short. A friend of mine didn't speak to me for a day, I was sent to that country several times. The sick people of my age take it less, however, but it happens that they do not grasp the irony and the reaction is "what a burden!". But those who expose themselves, to raise awareness, are self-deprecating, even those who are much worse off than me.

Do you have a rather direct style on your personal profiles, which for some may be indelicate, is it studied or are you really you?
It is absolutely me, and it is not even particularly studied, indeed it is because I am too impulsive. But I admit that I know very well, as I write about cystic fibrosis, that it will provoke certain reactions, so, at times, I hold back. People react more on Instagram than on Facebook. Also for the political satire account (we are 3 creators), it is stated that it is aimed at making fun of it, they are MEME! In general, communities regulate themselves, when the lion comes from the keyboard and makes comments out of context, he is made fun of by everyone and leaves. Here, once a post on vaccines triggered the so-called "shitstorm" (storm of insults and / or derogatory comments on the platform), with users saying "you should study" and similar things … too bad that among us, I have a degree in biotechnology and another is a biologist, we are not exactly unfamiliar with matter.

Would you say that it is more to "exorcise" certain themes or more to be provocative and therefore trigger a reaction in those who follow you? What is the urgency for Davide?
A little bit of both, exorcising certainly has something to do with it. Since it is inevitable, we might as well joke about it! Which, attention, does not mean not taking care, what must be done must be done well. CF has a strict routine that takes about 3 hours a day devoted to treatment. But it makes no sense to spend your days getting depressed, because you are the only ones who lose out. Then I must say that I like to discuss, even animatedly, but now you can't say anything without someone being offended, it's too politically correct! Triggering a reaction is more aimed at those unfamiliar with FC (close friends now know a lot), but for example with "digital" friends known on Telegram to collaborate on MEME, following jokes (bad jokes) on FC on my part, they went to find out. Don't be afraid to talk about it, it's part of us. How do you make fun of those who are short or have glasses, if there is a certain degree of confidence it can be done. Ah, in all this I am very touchy about many things, even if it passes to me immediately.

For example?
If they tell me that a MEME is not funny I get annoyed, but then I see the likes and I calm down (laughs).

Based on your studies, what would you say to those who fear the vaccine?
First thing: mRNA does not make you a GMO or strange things, it is biologically impossible. The virus has caused more than 100 million cases worldwide since the start of the pandemic, and over 2.4 million deaths (WHO data. Source: Health Emergency Dashboard, February 18). Given the choice of whether to take Covid or have the vaccine inoculated me, I would choose to get vaccinated. Also because other ways to get out on a global level, from the pandemic, I do not see. Now I have learned that the National Vaccine Plan provides that in the second phase, after the 80-year-olds and residents of the RSA, there are subjects with severe diseases such as cystic fibrosis, so I am waiting and I hope it is not a long wait.

For your routine visits (and those of others you know with CF, how was this pandemic year?
When I go to the hospital at the CF Center in Verona, where I am followed, I feel calm, I'm not afraid of contagion because it's just us. Personally, I had no experience of postponed visits or other inconveniences, although I know that there were fewer doctors because some colleagues had been transferred due to an emergency. But I know that for example in Milan the FC adult center has practically disappeared because it is inside the Polyclinic.

A positive aspect of Covid for those with CF and a negative one.
Positive? I don't see many, it's good not to be positive I would say. From the point of view of Research, there is a double vision: we have seen how it can be fast and effective and certainly from the scientific point of view it is a miracle to have found the vaccine so quickly, but at the same time everyone is focused on Covid , and the rest is slower. As for Kaftrio, for example (drug known as Trikafta in the United States, which promises to change the life of a large slice of CF patients): it has been approved by the EMA and AIFA, but not contracted and therefore is not available due to the cost. (in the USA, the cost is approximately $ 300,000 per patient for one year). Maybe without Covid the bargaining would have already been concluded. Here, the MEMEs on Covid are a small positive aspect, at least to ease the tension. But many people have given the worst of themselves, spreading absurd beliefs; in my country at one point the “legend” circulated that helicopters passing by throwing disinfectants from the sky. On FB there was a discussion about this, and when I wrote that it was impossible, a person threatened me saying "look, I will end up in orthopedics". Or the New Year problem, "how can you do nothing on the 31st?" when it goes to the rate of hundreds of deaths a day.

Prof. Gianni Mastella, co-founder and scientific director of the Foundation. A memory?
I knew him a little in person, we spoke recently at the presentation of the film “Sul più bello” in Milan. He looked like a grandfather, in the sense that he looked at you as if you were his grandson, his family. With love. In high school when I did my thesis on CF and personalized medicine, I sent him an email but I didn't think he would have time, and instead he sent me everything, articles, comments … But saying what he did is really simple: I think if we are alive it is thanks to him and to the research he has promoted relentlessly. 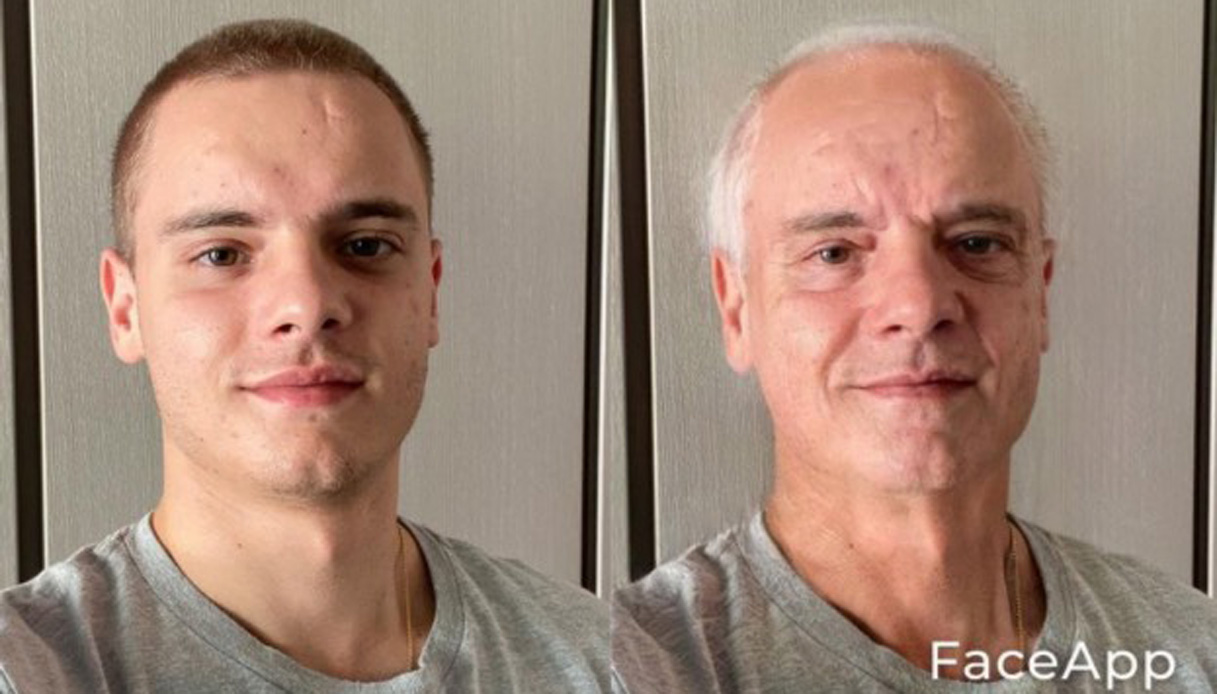 Gianluca Zompi
1595 posts
Previous Post
Very true, pregnant Flora Canto reveals the sex of the baby
Next Post
Amici 2021, the best and the worst of the week from 22 to 28 February