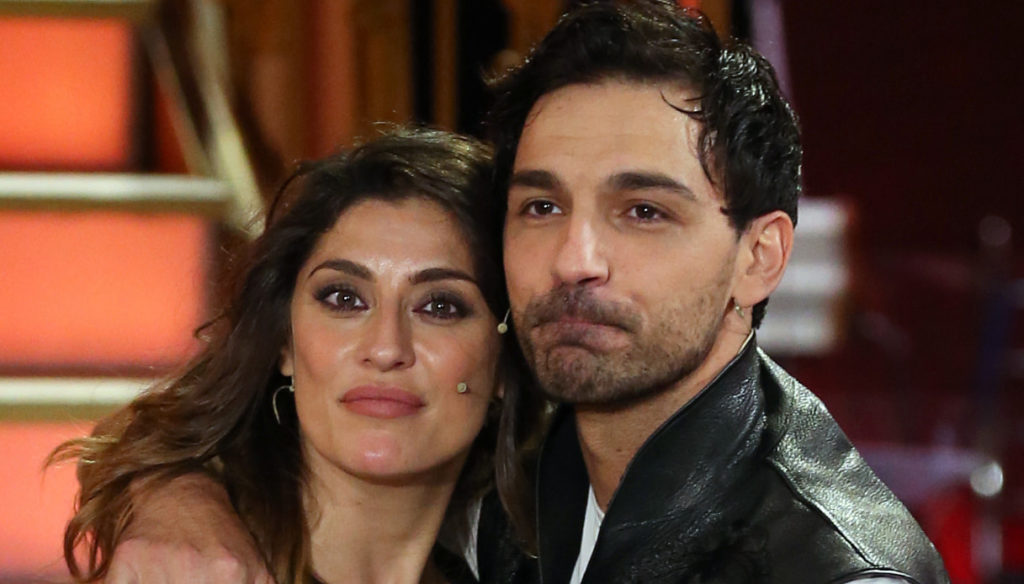 Great emotions in the sixth episode of "Dancing with the Stars", between the tears of Elisa Isoardi and the confessions of Mussolini and Celentano

Emotions and feelings: in the sixth episode of Dancing with the Stars the protagonists of the show talked about themselves as they had never done before. Touching the revelations of Alessandra Mussolini and Rosalinda Celentano, while Elisa Isoardi let herself go to tears after the performance with the bandaged foot in which it was Raimondo Todaro who picked her up.

Let's discover the cult and most exciting moments of the sixth episode of Dancing with the Stars.

THE DANCE OF ELISA ISOARDI AND RAIMONDO TODARO – There was great anticipation for Elisa Isoardi's performance after the foot problems reported during the week. The presenter risked not going out on the track, but, thanks to her stubbornness, she managed to dance anyway. The dancers performed a sensual twosome inspired by the film Nine and a Half Weeks. To the notes of You can leave your hat on, Elisa was able to dance, despite her ankle injury, using a chair. A performance that convinced the jury, but which showed, above all, the strength of one of the most loved couples in Dancing with the Stars. In the end, Isoardi was unable to hold back her tears: “It was a great emotion, I didn't think I needed someone in life since we are independent women”, she admitted and left the track in Raimondo Todaro's arms.

THE REBIRTH OF ROSALIND – One episode after another, Adriano Celentano's daughter surprised everyone, showing her talent in dancing and telling herself with extreme sincerity. In the last appointment of Dancing with the Stars, Rosalinda confessed to having lived through a dark period in her life. “I've always feared life a lot. There is the pain of living – he explained -. There was an interlude that lasted a year in which I felt marginalized even by myself. Not loving each other and not seeing oneself leads to catastrophe. Love always leads to the construction of something good. Life lasts an inch. At this moment I would be sorry to die, which was not until two years ago ”. The daughter of Claudia Mori and Adriano Celentano has shown great sensitivity as well as talent in dance. Beside her, as always, Tinna Hoffmann who managed to bring out the determination and skill of Rosalinda.

THE WORDS OF ALESSANDRA MUSSOLINI ABOUT HUSBAND (with controversy) – Great protagonist of the sixth episode of Dancing with the Stars, Alessandra Mussolini spoke about her relationship with her husband Mauro Floriani. The former politician recalled the parents' divorce: "For me it was a traumatic event and I would never want my children to feel what I felt. It's hard because sometimes it would be easier to say hello and I don't condemn those who do it, I no longer have certainties – she then spoke of her husband Mauro -. I couldn't live without my husband, without my children. It would be a failure for me. The family must be supported every day. You cannot neglect it. It is not a cost. It would be if there were no love. I have love for my children and my husband ". His words triggered the reaction of Selvaggia Lucarelli and Roberta Bruzzone, the latter was keen to underline one aspect: "You don't have to bear crosses or even horns, always remember that. Your life belongs to you, you are free to make the choices you want. Let's try to overcome this cultural Middle Ages. I want to give this message in general ”.

THE COMMOTION OF DANIELE SCARDINA – The beauty of Dancing with the Stars also lies in its ability to show a different side of the competitors. As happened with Daniele Scardina who, for the first time, threw off the tough mask to tell about himself with sensitivity and sincerity. The boxer has revealed that he suffered a lot for the death of the ninth, immediately after the lockdown and for a broken love. Daniele never mentioned her, but everyone immediately thought of Diletta Leotta with whom the sportsman had an intense love affair, which ended just before the summer. “I'm still trying to get out – he admitted – from the loss of my grandfather, from the distance from the garage, from the loss of a love … the distance of a love. The world collapsed on me. I find it hard to tell it. Love is a beautiful thing and I believe in it, I still believe in my love. I try to keep everything a little confidential, but it's true love is nice to show it. When you are a bit confused and you don't know, you keep everything inside. I can't tell you what will be there, I can only tell you what I feel. You see and know that what I feel is love ".

Barbara Catucci
11932 posts
Previous Post
Meghan Markle and Harry in crisis because of the Queen: a friend speaks
Next Post
Adele returns to singing and is increasingly in shape: her debut on TV does not disappoint