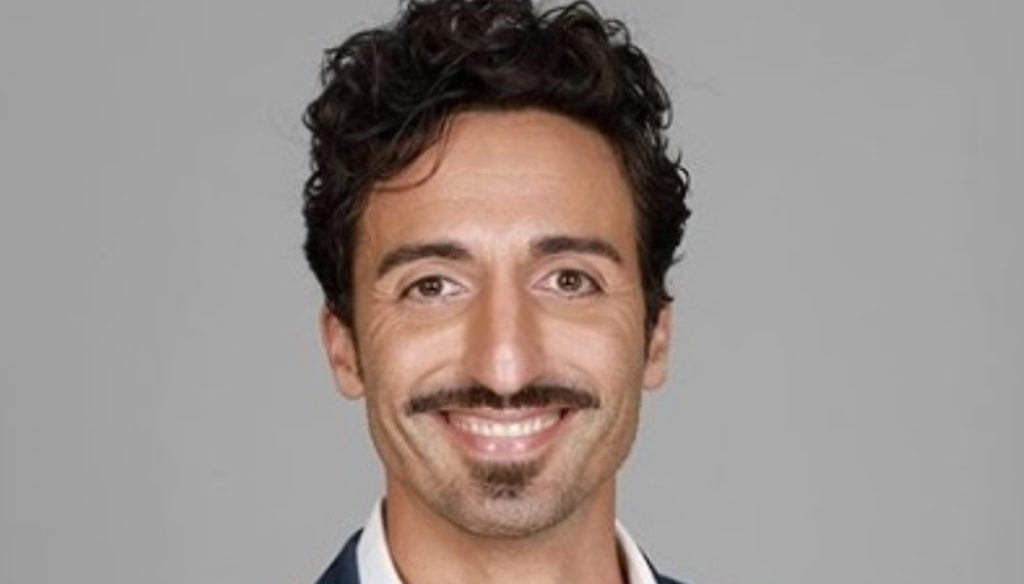 No return to Dancing with the Stars for Samuel Peron: the much awaited moment by the public seems to be further away, and the dancer himself is not sure of his future in broadcast. After the announcement of Milly Carlucci, who first broke the news, now Samuel himself is talking about his health conditions.

This is not exactly a lucky edition: Dancing with the Stars had a turbulent start, starting from the debut with a week late due to the positive Coronavirus outcomes for the competitor Daniele Scardina and the teacher Samuel Peron. The latter in fact did not have the opportunity to take part in the first episode of the broadcast, waiting for the results of the swabs he had carried out in the previous days. And at the news of his negativity, fans were about to rejoice, were it not that in the last few hours a bitter surprise has arrived.

Milly Carlucci has in fact announced that Samuel Peron has tested positive again, demonstrating "how insidious, strange and unknown this virus can be". The dancer then intervened on Instagram, publishing a message aimed at reassuring his fans and explaining what he is experiencing: “I say this by posting a photo with the right smile to play down, even if in fact I am very sorry. It seemed that everything was about to end and instead the response of the last pad brought me back to the harsh truth of this damn form. I'm still positive about Covid ”.

With a hint of irony, Samuel then concluded: “For those who want to know about my return to Dancing with the Stars, to date I can't answer you. I look forward to negative days to make them emotionally positive ”. Therefore, Peron's future in the Rai1 show is still uncertain. The dancer should have accompanied Rosalinda Celentano in this exciting adventure, but at the moment it is not possible for him to return to the studio or to the gym for training with the competitor.

The return of Samuel Peron was highly anticipated by the public, also because there was already talk of him as a possible replacement for Raimondo Todaro. The latter, the companion of Elisa Isoardi, was hospitalized and emergency surgery for appendicitis shortly after the end of the first episode of Dancing. And it will take him several days to recover too. A truly unfortunate edition, which however still has a lot of time to return to give us wonderful emotions. 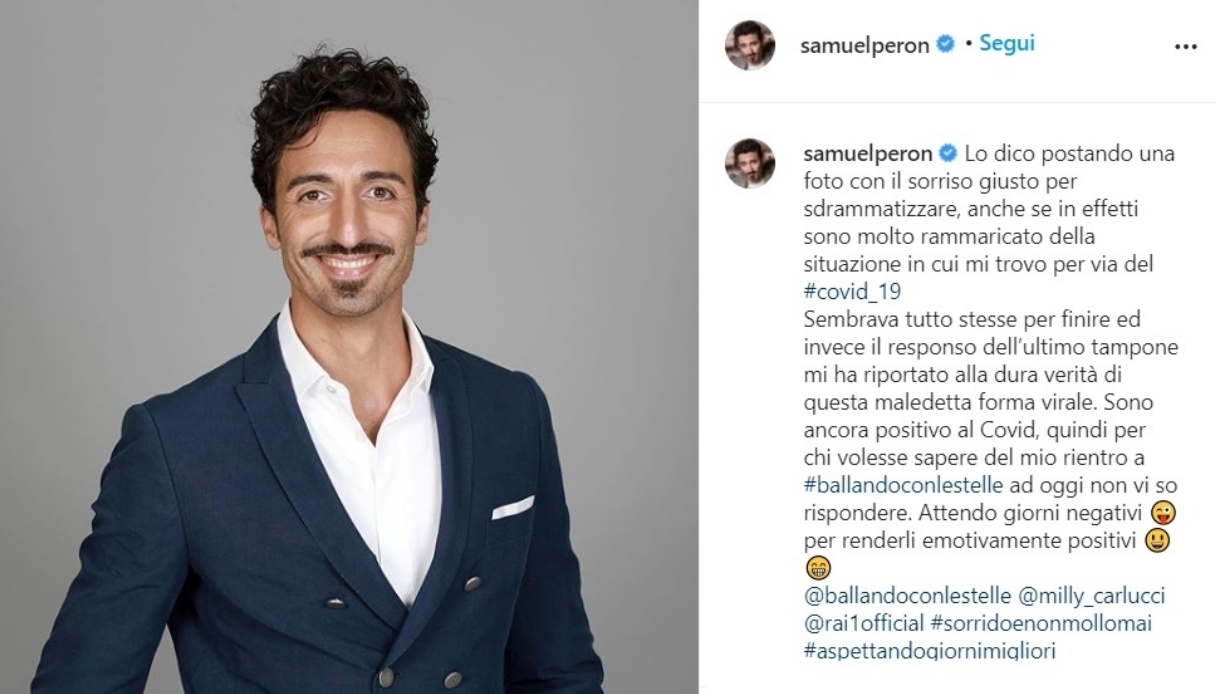 Barbara Catucci
5368 posts
Previous Post
Mara Venier on Instagram: ballet for her husband is a blast
Next Post
Dancing, after Isoardi, the special words of Bianca Guaccero for Raimondo Todaro