Dancing, the tribute to Proietti and Mussolini's illness: the cult moments of the 8th episode 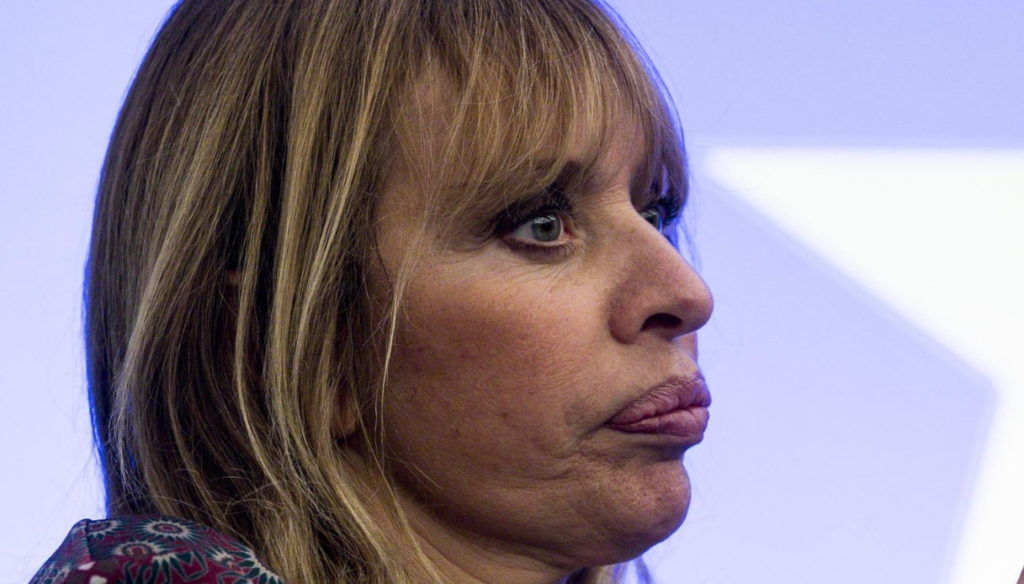 Stefania Sandrelli's splendid tribute to Gigi Proietti and Alessandra Mussolini's illness: what happened in the eighth episode of "Dancing with the Stars".

The eighth episode of Dancing with the Stars did not disappoint the audience's expectations and, as has been happening for weeks, in Milly Carlucci's show there was no lack of setbacks, twists and turns. To worry about the illness of Alessandra Mussolini, who felt ill during the live TV, while Elisa Isoardi and Raimondo Todaro announced when they will return to the race.

Let's discover the cult moments of the eighth episode of Dancing with the Stars:

ALESSANDRA MUSSOLINI'S ILLNESS – At the end of her performance with Maykel Fonts at Dancing with the Stars, Alessandra Mussolini collapsed to the ground. The former politician did not faint, but immediately asked for water and sugar, feeling ill immediately after a hold that caused her to dizzy. When she realized what was happening Milly Carlucci sent the advertisement. Upon returning to the studio, the presenter reassured everyone: “I want to tell Alessandra's family that she is fine – she explained -. This is one of those things that can happen to dancers. She didn't eat anything before the performance and the tour, with an empty stomach, caused her to feel very dizzy ". Mussolini then clarified "My head is spinning, the world is spinning, but I'm calm, I'm not sick".

STEFANIA SANDRELLI'S HOMAGE TO GIGI PROIETTI – Dancer for one night, Stefania Sandrelli wanted to pay homage to Gigi Proietti by dancing to the notes of Nun je da retta Roma, sung by the Roman actor. A moving and beautiful moment. "It won't be easy, but I hope it will be beautiful – Sandrelli said before dancing -. I will do very little, I will not dance, I will move to the notes of a very sweet song, sung by him, and for this I hope to be a little close to him ". The actress then recounted the link with Proietti with whom she had starred in the famous fiction Il Maresciallo Rocca. "We met many years ago, our first time with the Brancaleone Army and I got to know him well – he explained -. I don't have to say how great Gigi Proietti is, he was a meek, generous man, always on the side of the just, on the side of free men, of men of peace. Wherever he is, I thank him ”.

ROSALINDA CELENTANO AND VITTORIA SCHISANO AT THE RECOVERY – During the eighth episode of Dancing with the Stars, the play-off between three very loved couples of the show was staged: Vittoria Schisano and Marco De Angelis, Rosalinda Celentano and Tinna Hoffmann, and Tullio Solenghi and Maria Ermachkova. Solenghi won the place in the semifinals, but Celentano and Schivano still hope in the repechage to get back on track. Six couples officially entered the semifinal: Gilles Rocca and Lucrezia Lando, Paolo Conticini and Veera Kinnunen, Alessandra Mussolini and Maykel Fonts, Daniele Scardina and Anastasia Kuzmina, Costantino Della Gherardesca and Sara Di Vaira and Tullio Solenghi and Maria Ermachkova.

THE CHOICE OF ELISA ISOARDI AND RAIMONDO TODARO – After retiring from the last episode of Dancing with the Stars, Elisa Isoardi and Raimondo Todaro have revealed what will happen in the coming weeks. The couple could soon be back on track after the driver's injury. "It is 7 am and after an afternoon of rehearsals, also having heard the doctor, we have decided that it is better to stay still this episode too", explained Isoardi, but the couple has guaranteed that they will soon return.

THE LITERATION BETWEEN FABIO CANINO AND ROSSELLA ERRA – Alessandra Mussolini's illness on live TV caused a dispute between Fabio Canino, a member of the Ballando jury, and Rossella Erra. "Alessandra, this year they are pulling you – commented Erra – as they say in Naples: dry eyes". Words that the judges did not like: "But this is a real fuck", exclaimed Canino who was also recalled by Milly Carlucci. “Congratulations Fabio, let's get these beautiful messages – replied Rossella -. Attack, but remember that when I express myself I do it with the heart, because here I am a fan of Dancing with the Stars and I can allow him to say what I think ". Canino then replied: "Saying that we bring you jelly is a thing of the Middle Ages", Cain retorted, defending his statement but not finding Erra at all: "It is not a thing of the Middle Ages, I expressed my thoughts [… ] I apologize for what I said, but there is no joking about bringing bad luck, because there are people who die ”. La Erra then commented: “Also to dilute, it was a joke and for that it should be taken. I have an affection for you and for that I was disappointed ”.

Barbara Catucci
8483 posts
Previous Post
Migraine, does it get better or worse in pregnancy?
Next Post
Kate Middleton and Meghan Markle reunited by the Queen for "group therapy"