Dancing, Todaro's surprise at Isoardi and the choice of Rosalinda: the cult moments of the 2nd episode 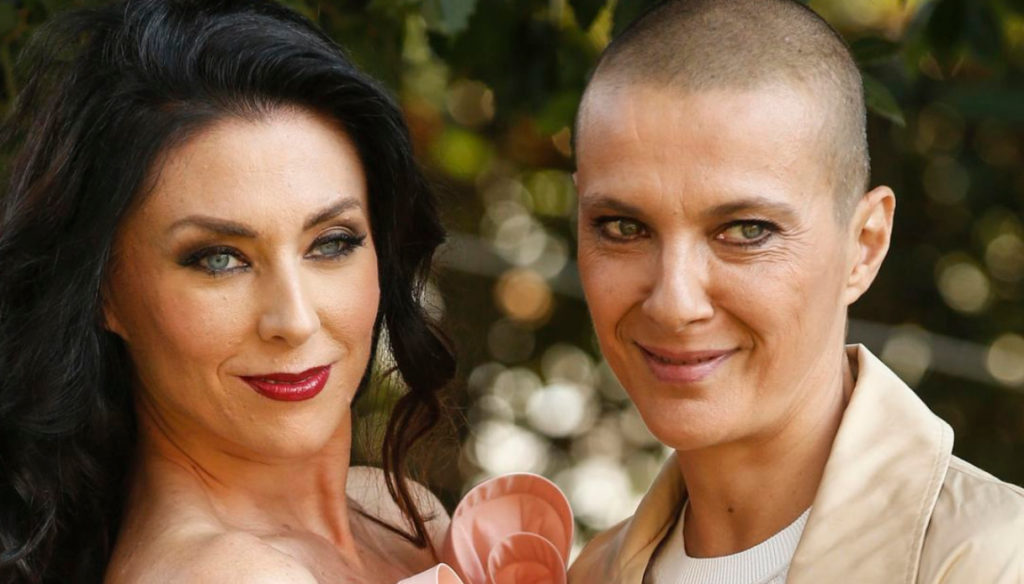 From the words of Raimondo Todaro for Elisa Isoardi, to the choice of Rosalinda Celentano: the best moments of the second episode of Dancing with the Stars

Strong emotions, performances, but also some controversy and big absences: the second episode of Dancing with the Stars was full of cult moments. Despite the numerous problems faced in recent days – from Samuel Peron's new Coronavirus positivity to Raimondo Todaro's operation – Milly Carlucci has managed, once again, to stage a great show.

Here is our ranking of the best moments of the evening.

THE VIDEO-MESSAGE FROM RAIMONDO TODARO – Great protagonist of the show, despite the absence, Raimondo Todaro, who is facing convalescence after the operation. The dancer intervened in a video call to support Elisa Isoardi. “Seeing Elisa dance on a video call was really exciting for me – he confessed, speaking on the broadcast -, I am proud of the work she is doing. I take this opportunity to thank Stefano and Sara who have been by your side all day this week. I know they are also helping you emotionally. I also thank all the friends of Ballando, who are close to you. I was sorry to see you in tears. I know you, I know how fragile you are. I promise you I'll do my best to be close to you on Saturday night and not leave you alone. I love you".

THE IRONY OF MILLY CARLUCCI – Strong, ironic, simply grandiose. Despite the difficulties faced in this new edition of Dancing with the Stars, Milly Carlucci never gave up. His irony also emerged during the second episode of the show, when Raimondo Todaro connected from the hospital. "Raimondo it is true that you are at Gemelli, but you could have given a hairdo to yourself sincerely and fix your beard a little – said the presenter -. You look, I can tell you, wrinkled ". The dancer replied with a laugh: “When someone has charm, they don't need these things”.

ROSALINDA CELENTANO'S CHOICE – After difficult weeks, Rosalinda Celentano made her choice. The daughter of Claudia Mori and Adriano Celentano will dance paired with Tinna Hoffman for the rest of the episodes. Samuel Peron's positivity to Coronavirus had forced the actress to start the adventure of Dancing with the Stars with the dancer. "It is not an easy situation for any of the three – commented Tinna -. We think of who is at home, of Rosalinda who feels torn between two teachers. I, who feel like sharing the couple, is not pleasant ”. Rosalinda spoke with great sincerity, explaining that she found a great harmony with Hoffman. Which would not have happened with Samuel since the two have spent little time together. “I had little time with Samuel – he said -. I didn't have time to hug with him. At a certain point Tinna arrived, this creature who looked after me. In a few seconds I found an elective and bodily affinity with her. Time to understand that she inside of me would be like a mother, a little house I have to enter, and my soul has exploded. I said 'Beautiful' ".

THE RUMBA OF ELISA ISOARDI – Raimondo Todaro's hospitalization for appendicitis did not stop Elisa Isoardi who in the second episode of Dancing with the Stars performed alone on the notes of a very sensual rumba. After the tango paired with her teacher, the presenter has shown that she has great determination and what it takes to conquer the audience of the show.

THE EXHIBITION OF THE RICH AND POOR – Dancers for one night, the Rich and the Poor did not disappoint expectations, telling their past and giving 50 points (divided) to Elisa Isoardi and Ninetto Davoli. Angela Brambati, Marina Occhiena, Franco Gatti and Angelo Sotgiu got involved with great irony and enthusiasm. “We hoped to be successful – they told Milly Carlucci -. Success comes when you least expect it. You realize it later. We believed everything we did, we found people who believed in the same way ”. They then revealed the birth of the name Ricchi e Poveri: "Califano created it, we were full of enthusiasm, full of life, but we didn't have a penny in our pockets and we almost feared that he would tell us 'Let's go eat together' and we couldn't pay . We always made up friends and relatives who were waiting for us. We couldn't pay. When he saw us eating a sandwich he told us: 'But then you are rich in spirit but you are poor in pocket, then I will call you Rich and Poor' ".

Barbara Catucci
5382 posts
Previous Post
Eugenie of York pregnant: why she could break the protocol after pregnancy
Next Post
Very true: Silvia Toffanin triumphs with Alena Seredova and Antonella Elia makes a gaffe